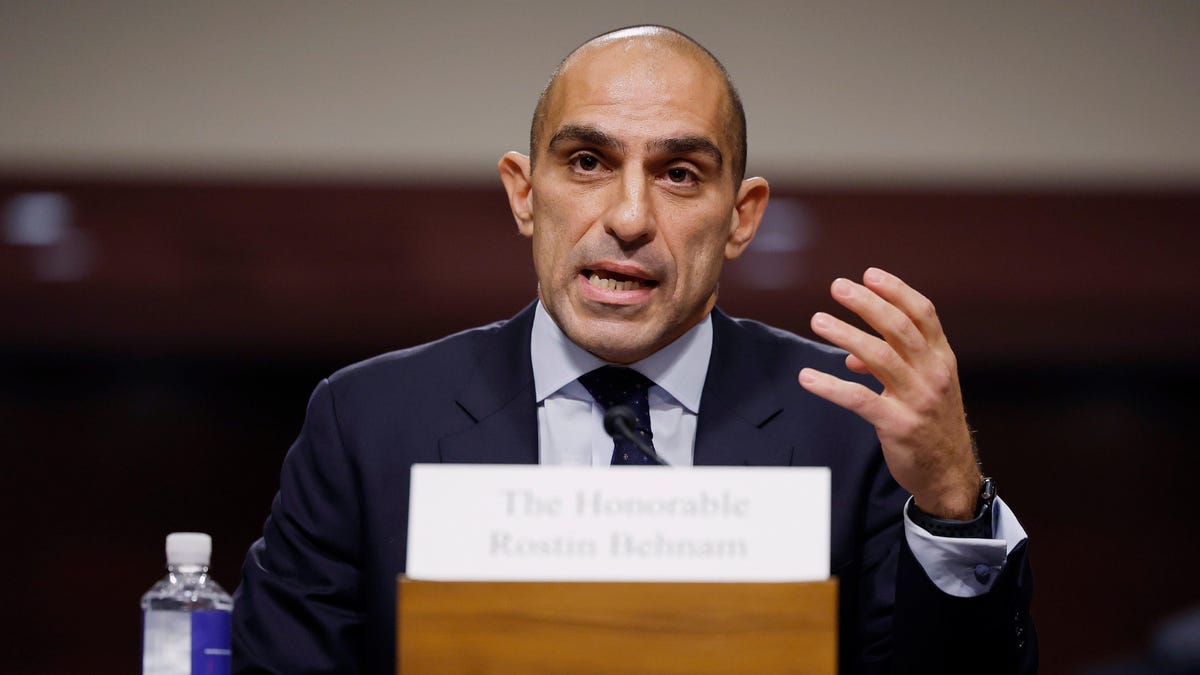 The collapse of FTX has sent shivers down the spines of many once-crypto proponents, including those sitting in the halls of Congress. Now that FTX has proved itself as one of the biggest cases of fraud in the often-maligned history of cryptocurrencies, there seems to be a more immediate push to dig deeper into what ultimately went wrong.

In a Senate Committee Hearing Thursday, Commodities Futures Trading Commission Chairman Rostin Behnam stumped for legislation that would give his agency more money and power to regulate crypto. Despite claiming that the CFTC needs to be able to register cash market exchanges trading in crypto commodities and have oversight to entities handling user funds, Behnam could not give a sense of just how much that would produce meaningful change in an industry he still touts as “innovating.”

Behnam said his agency had “no authority to ask questions beyond a regulated entity,” essentially saying his office could not investigate FTX since it wasn’t dealing in commodities as much as securities. On the flip side, the Securities and Exchange Commission, which has been much more oblique in its antagonism toward crypto, is currently investigating the defunct company. Still, the chairman claimed that LedgerX, a CFTC-regulated entity owned by FTX, had been secure throughout the fallout.

The Senate Agriculture Committee, led by Senators Debbie Stabenow and John Boozman, opened things up by lauding the CFTC for its efforts and tried to hold up their own proposed bill that would give more authority to the agency to regulate certain spot tokens as digital commodities. It would also allow the agency to collect fees on digital commodity platforms, giving it a new revenue source to fully commit to enforcement. The SEC has similar revenue streams through transaction fees required by stock exchanges and broker-dealers. It should be noted Behnam is a former congressional aide for Stabenow, and the lawmakers worked closely with the agency when drafting their proposed legislation.

Unfortunately, that same bill was also supported by FTX founder and idiot boy genius Sam Bankman-Fried. The 30-year-old former crypto billionaire was a major force in Washington until last month when his crypto empire blew up, declared bankruptcy, and had been shown as a complete failure by multiple reports and by the person now in charge of leading it through its chapter 11 filings. FTX users have likely lost billions of dollars in crypto stored on the FTX exchange after it suffered a liquidity crisis.

Behnam had to wiggle around questions about the number of meetings and communications he had with Bankman-Fried. He routinely claimed that the 10 times FTX officers met with his agency were to discuss their plans for a clearing house. The CFTC chair said he “needed to be engaged as chairman of the agency.”

Bankman-Fried, who is often referred to as SBF, had donated thousands of dollars to Stabenow and Boozman’s campaigns to the tune of $23,200 each. SBF and former top deputy Ryan Salame put money in the election coffers of multiple other members of the agriculture committee as well. This fact hung over the entire committee as members made some interesting as well as some undeniably untenable arguments for what should be done with crypto.

But even after all the recent reports showed that FTX and SBF were, at best, negligent and, at worst, fraudulent, Behnam still implied regulators and lawmakers shouldn’t rush to any new bill that would only stifle “innovation.”

“We have a cursory understanding of what happened… I think it will take months to understand the state and scope of the investigation,” the CFTC chair said.

Of course it wouldn’t be a senate hearing without at least one senator saying something very dumb. Alabama’s Senator Tommy Tuberville even admitted that he had invested “some amount” into crypto, somehow claiming “it’s totally new” despite the fact that bitcoin alone has been around for well over a decade. Kansas Senator Roger Marshall proposed a complete “pause” on crypto in the U.S. until they could wrap their minds around the whole thing and its potential pitfalls. Behnam contested that doing so would put regulation out of the country’s hands, all the while U.S. citizens would still be exposed to potential losses.

Behnam said the legislation would give them proactive oversight and more opportunities for enforcement actions over commodity tokens, but just how much control would that really allow? In remarks made at Princeton’s new blockchain-minded institute DeCenter (because everything blockchain has to have a “De-” in front of it) Behnam reportedly made the startling claim that the only crypto token that could be considered a commodity is bitcoin. While bitcoin remains the biggest cryptocurrency by market cap, by far, in the past the CFTC had also made claims over ethereum, the second-biggest crypto token.

In the hearing, Behnam said they wouldn’t have had any authority over FTX’s native coin FTT, since that was aligned with securities. SEC Chair Gary Gensler had previously said that ethereum could be a security, under that agency’s purview.

Another member of the committee, Senator Kirsten Gillibrand (she received $10,800 from FTX and related entities), helped introduce similar legislation that also gave much more authority to the CFTC while more or less shafting the SEC, the other big boy on the block regarding crypto regulation and enforcement. They previously claimed “most digital assets are more similar to commodities than securities.”

This was just the first of three hearings about the fallout of FTX. Another senate hearing for the Financial Services committee is scheduled for December 8.