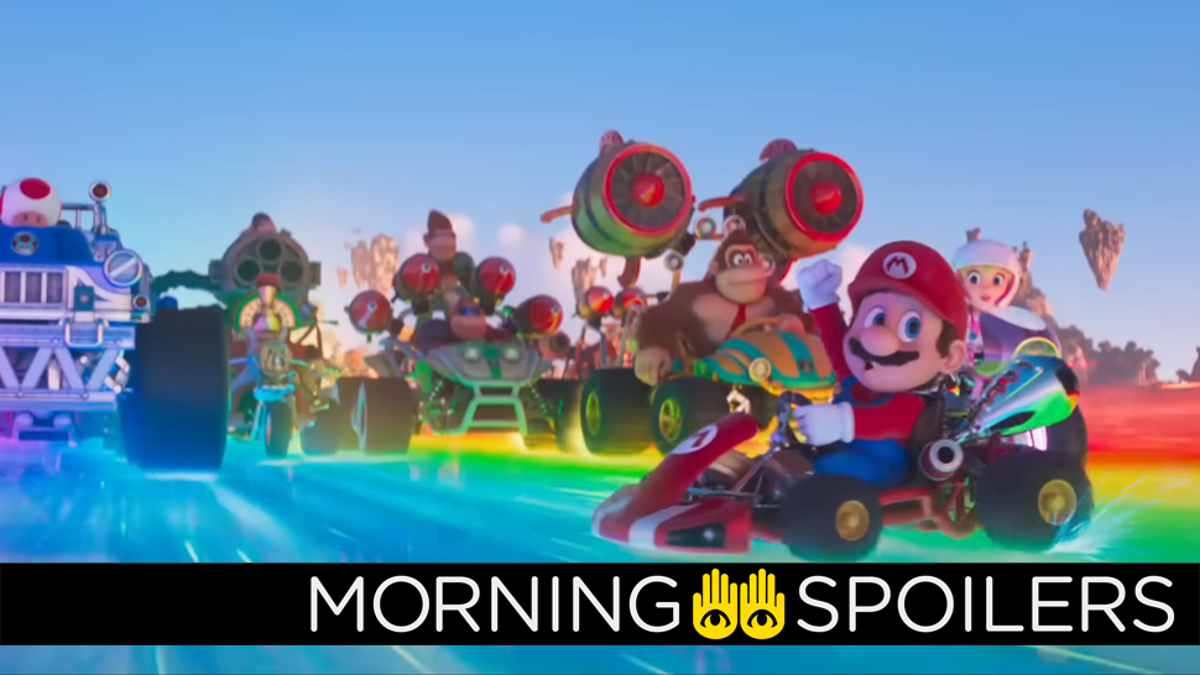 During a screening of the recent trailer attended by /Film, Elizabeth Banks revealed Cocaine Bear includes a scene “like a mini Fast & Furious but one of the cars is a bear.”

When I read this sequence in the script, I remember thinking, ‘I want to make like a mini Fast & Furious but one of the cars is a bear. And the other car is an ambulance driven by idiots.

Dwayne Johnson revealed a new behind-the-scenes image from his mysterious “globe-trotting, four-quadrant action-adventure comedy that imagines a whole new universe to explore within the holiday genre” film, The Red One.

Our movie is a big, fun, action packed and fresh new take on Christmas Lore 🛷🎄☃️🎬😈🎅🏾

Think JUMANJI meets MIRACLE ON 34TH ST meets HOBBS & SHAW with a dash of HARRY POTTER and sprinkled on top with my all time favorite Christmas movie, ITS A WONDERFUL LIFE… let all that sink in 🤣❤️🎅🏾 ❄️

Long hours and this talented crew is working their butts off and making a good one.

Ezra Miller’s The Flash now has a logo.

Bloody-Disgusting has several new images from Violent Night. Click through to see the rest.

We also have a new poster for Troll, available to steam today on Netflix.

Ordered to mandatory bed rest, a bored pregnant woman (Melissa Barrera) begins to believe ghosts are after her unborn child in the trailer for Bed Rest, a new horror film from Lori Evans Taylor (writer of the upcoming Final Destination 6).

A tremendously large Yeti does battle with a much smaller “ice shark” in the trailer for Snow Monster vs Ice Shark.

Ntlanhla Morgan Kutu has been cast as Lucky Roux in the live-action One Piece series.

According to Comic Book, Adult Swim has ordered Ballmastrz: Rubicon!, a “high octane adventure” set in the world of the post-apocalyptic sports series, as well as new installment of King Star King !/!/! Both specials plan to air this February.

Disney+ hosts a rare horror-thriller murder mystery series with the trailer for Gannibal, based on the manga by Masaaki Ninomiya.

Finally, the BBC has released a new trailer for the final season of His Dark Materials.