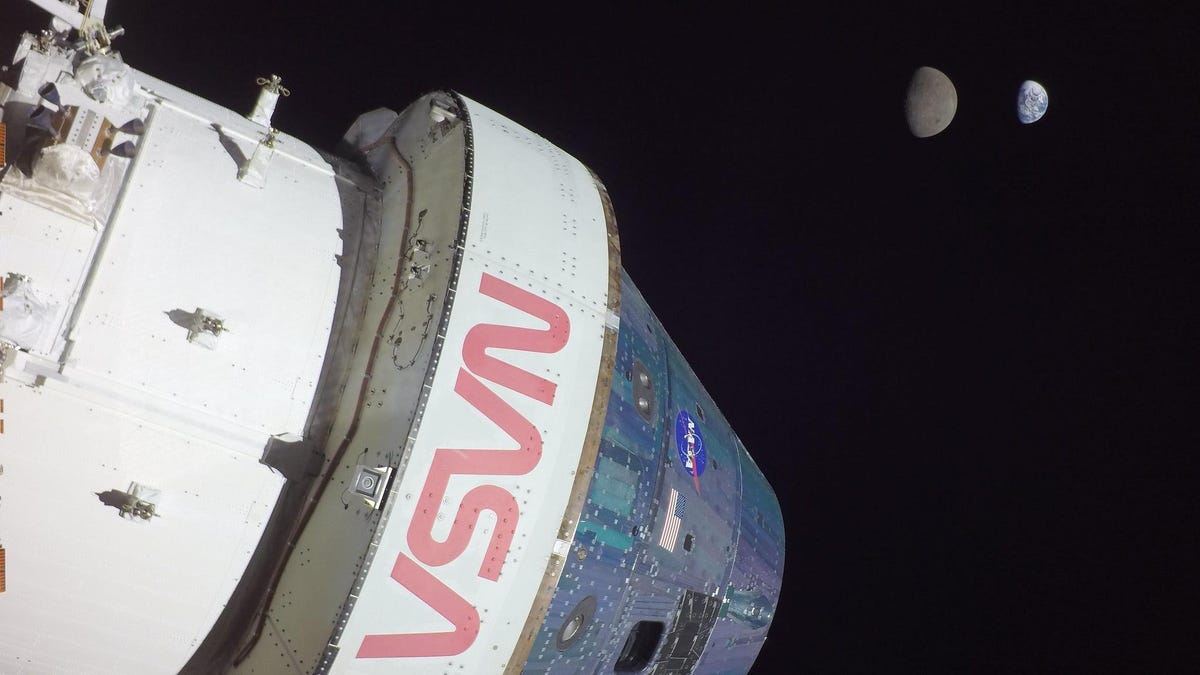 It’s day 16 of the 25.5-day Artemis 1 mission, which means it’s time for the Orion spacecraft to begin its journey back home. The uncrewed capsule will attempt to depart distant retrograde orbit on Thursday afternoon, and you can follow the action live right here.

Orion successfully entered into distant retrograde orbit (DRO) on November 25, but now the spacecraft will move to a trajectory that will take it back to Earth. The requisite departure burn is scheduled for today at 4:53 p.m. ET, with NASA coverage starting at 4:30 p.m. ET. You can follow along at NASA TV, YouTube, or at the live stream below.

The DRO departure burn will send Orion on a trajectory that will take it to within 80 miles (128 kilometers) of the lunar surface, which will happen on December 5, or day 20 of the Artemis 1 mission. During this close lunar approach, Orion will perform another course correction burn at 11:43 a.m. ET. NASA expects to gather more detailed images of the Moon during the flyby, similar to Orion’s first lunar flyby on November 21.

More on this story: NASA’s Orion sends back haunting new views of the Moon’s tortured surface

Orion made history earlier this week when it reached its maximum distance from Earth. At approximately 268,558 miles (432,194 km) from home, it’s the farthest that any crew-rated vehicle has ventured away from our home planet.

Orion launched to space atop NASA’s Space Launch System (SLS) rocket on November 16. The purpose of this, the debut mission of the Artemis era, is for NASA to demonstrate the new rocket and an uncrewed Orion spacecraft. For Artemis 2, currently scheduled for 2024, NASA will perform a repeat of this mission but with four astronauts along for the ride. This is all prelude to the ultimate goal: landing a man and a woman on the lunar surface later this decade.

Artemis 1 appears to be going exceptionally well, with both SLS and Orion doing exactly what they’re supposed to do. The mission management team met yesterday, giving the “go” to proceed with today’s DRO departure burn.

“We are continuing to collect flight test data and buy down risk for crewed flight,” Mike Sarafin, Artemis mission manager, said in a statement. “We continue to learn how the system is performing, where our margins are, and how to operate and work with the vehicle as an integrated team.”

Orion will reach Earth on December 11 and perform a splashdown in the Pacific Ocean at 12:42 p.m. ET. Well, assuming the spacecraft survives atmospheric reentry, in which Orion’s heat shield must endure temperatures in excess of 5,000 degrees Fahrenheit.

More: Gifts for the spaceflight enthusiast in your life

Cruelty to animals in Oelde: horses maltreated with shovel and fork

Trump taunts Haley about past statements on challenging him