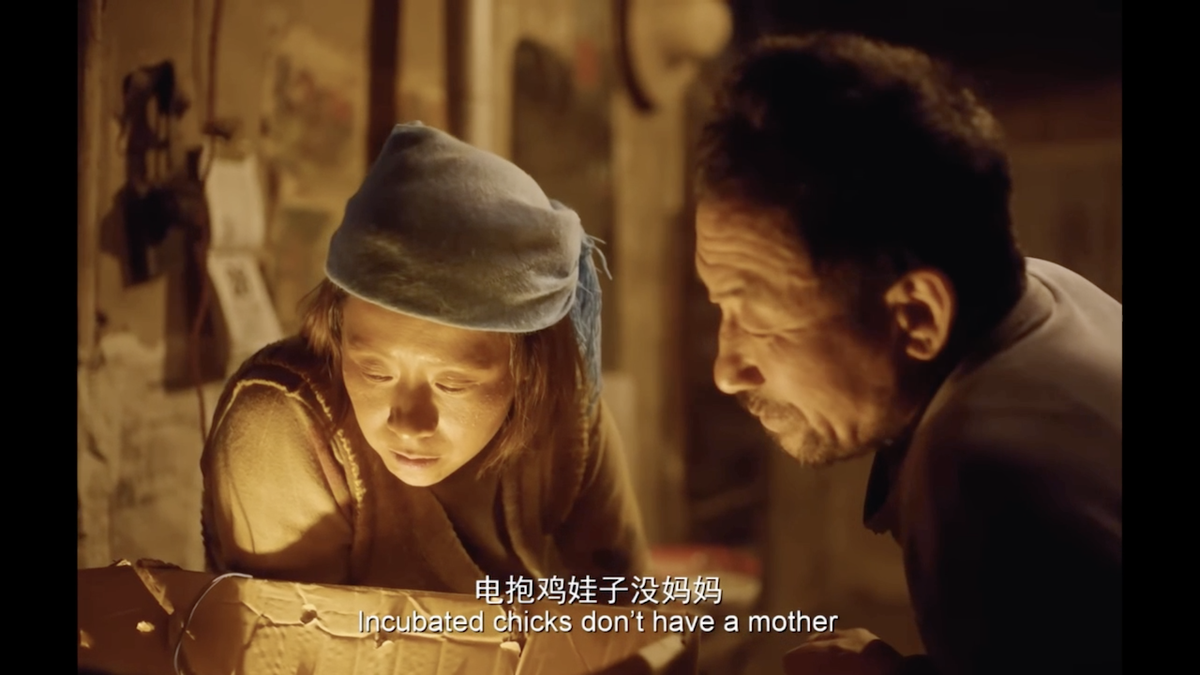 Return to Dust, a movie that had been generating buzz in China as a sleeper hit, was unceremoniously pulled from streaming services in the country yesterday, according to multiple reports on social media. Mentioning the film on Weibo, China’s equivalent to Twitter, has even been banned. Will movie fans outside China ever get to see this movie? Perhaps, provided you don’t mind a little film piracy.

Written and directed by Li Ruijun, Return to Dust debuted at the Berlin International Film Festival back in February and slowly became a success in China during the summer, taking in over $7 million, according to a recent review from Vice. But it’s that success which is making the movie’s removal from streaming services all the more puzzling.

The movie tells the fictional story of Ma Youtie and Cao Guiying, two newlyweds in an arranged marriage in rural China who find love and devotion to each other on the fringes of modern society. Youtie and Guiying struggle in their poverty, using a donkey for farm labor while the film’s antagonist, a man who wants to push them out of their home, drives a luxury car. And there’s speculation that the gap between rich and poor shown in the movie is precisely why it was deleted from streaming services in China.

“Everyone knows there are lots of poor people,” Li recently told the Economist. “But the government doesn’t want Chinese people to see too much of it.”

Chinese leader Xi Jinping has previously said he wants media in the country to have “positive energy,” and without spoiling the second half of the movie, we can assure you Return to Dust does not have a fairytale ending. But even that was apparently fixed in post-production, according to the Economist, where censors added a postscript that everything worked out fine for our main characters in the end.

The trailer for Return to Dust is still available on YouTube, but the video sharing service is also hosting several pirated copies of the film as of this writing. And it’s those pirated copies which may be the only way to watch the film for some time, even as they get zapped from existence by the film’s distributors, which are currently issuing copyright notices. We should note the copy Gizmodo watched on YouTube did not include any change to the ending.

There’s currently a spirited debate occurring on social media in the U.S. about the ethics of pirating media that can’t be seen anywhere else. The streaming giants were welcomed with open arms a decade ago, allowing people to watch large libraries of movies and TV on-demand for a small monthly subscription. But the subscription prices have grown considerably and the offerings have been scattered to services too numerous to count. To make matters worse, some of the biggest players have started deleting streaming-native shows and offering no alternative to watch them.

Previously, physical media like DVDs offered a way to watch a movie or TV show that wasn’t available on streaming. But when a show debuts on streaming and that streamer decides to drop it, the media is completely gone, save for the copies you can find on pirate websites. And, frankly, people of the 21st century aren’t really used to the idea that big companies have total control over when to watch a given show or movie. Back in the mid-20th century it might be normal to see something on TV and then never see it again until you could catch it during a rerun. But that business model is completely unnecessary in the internet era.

Is it ethical to watch a movie like Return to Dust for free on YouTube if the Chinese government decides it should be banned from public display? You’ll have to make up your own mind on that—we’re not here to tell you how to live your life. But rest assured that the pirates will likely be the only ones with many TV shows and movies from our era a full century from now.

It’s estimated that about half of movies made before 1950 and roughly 90% of movies made before 1929 are lost forever thanks to movies studios failing to give a shit about preservation. And given the way we’ve seen huge media companies treating TV shows that came out just a few years ago, we’re not going to hold our breath that preserving access is really top of mind.