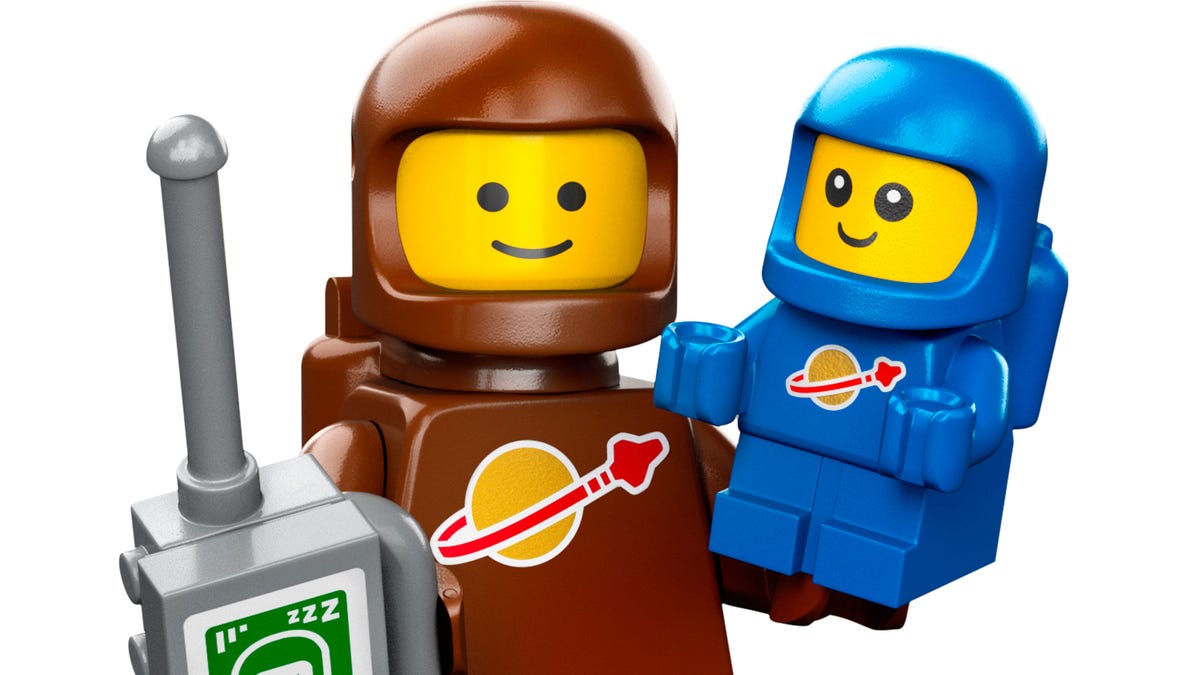 Don’t bother putting Lego’s new minifigure collection on your holiday wish list because it’s not slated to hit stores until January 1, but Lego does make up for that unfortunate timing with an excellent roundup of weird and wonderful new figures, including an irresistible Spacebaby.

Although Lego officially refers to this new minifigure collection as Series 24, the company has been churning these out since March 2010, and for some reason doesn’t count themed collections—such as the Disney minifigs or the Simpsons minifigs—as official “Series” collections. So unofficially, Series 24 is actually the 41st minifigures collection Lego has released to date, and while neither 24 nor 41 are significant numbers, Lego has delivered some really fun figures this time around.

With one tiny plastic figure, Lego has completely undone all of Stanley Kubrick’s work to make space babies a creepy concept. Collectible Minifigures Series 24 includes our first brown Lego Astronaut with a detailed walkie talkie in one hand, and an adorable Lego baby minifigure done up in full astronaut garb in the other, complete with a tiny helmet and oxygen tank on its back. If there was any reason to be that person who hangs out in the Lego store for hours squeezing and feeling plastic bags to find a specific minifigure: this is absolutely it.

Series 24 includes four other minifigures that are must-haves for any collection. Robot Warrior has one of the best minifigure helmets we’ve ever seen, while T-Rex Costume Fan (not to be mistaken with those actual T.rex costumes, of course, he’s just a fan) would improve any Lego set he’s bundled with. The Orc is magnificently detailed, but somehow completely overshadowed by the Rococo Aristocrat whose wide dress and tiny chihuahua should make her easy to find.

The rest of the Collectible Minifigures Series 24 includes Football Referee (eager to penalize everyone on the field), Carrot Mascot, Falconer (who seems ready to take down the falcon in her care with a bow and arrow), Potter, Conservationist (with a tiny Lego Koala bear), Rockin’ Horse Rider, and Newspaper Kid, who’s ready to cause some trouble with headlines and a slingshot.

As always, each randomized figure is $5 each, and although Lego has already started to switch to cardboard boxes for some of its random Lego Super Mario accessories, it appears to be sticking with the foil bags for its Collectible Minifigures for at least a little while longer.

'I knew something was not right': Off-duty PCFR member jumps onto moving float, saves child's life during Christmas parade