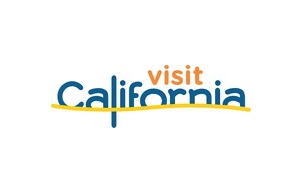 California invites travelers to discover a wealth of new offerings coming to the Golden State in 2023, ranging from theme park experiences and cultural attractions to photo-worthy museums and luxury resorts.
“California’s diversity is embodied in the innovative new experiences and attractions opening in 2023, along with the reimagination of its time-honored classics,” said Caroline Beteta, president & CEO of Visit California. “First-time visitors and residents alike will find something new to explore in the Golden State in the coming year.”

Revamped and Reimagined Experiences at Knott’s Berry Farm
Montezooma’s Revenge was the first flywheel-launched roller coaster in the world when it opened in 1978, and it is the oldest shuttle loop roller coaster still in its original location. For 2023, Montezooma’s Revenge is being rethemed with new thrills that will allow guests to be completely surprised by the direction the train takes them. The new Fiesta Village will reopen at Knott’s Berry Farm in summer 2023, showcasing beautiful décor across three new zones in the area.

Museum of Illusions Coming to San Diego
Museum of Illusions® will open a new museum in San Diego’s Gaslamp Quarter toward the end of 2023. The nearly 10,000-square-foot museum will feature optical illusions, 3D holograms, brain-puzzling exhibits and interactive illusion rooms designed for visitors of all ages to enjoy.

Noteworthy new hotels slated to open in 2023 include:

Pendry Newport Beach replacing the iconic former Fashion Island Hotel
Tommy Bahama Miramonte Resort & Spa opening in Indian Wells
Canopy by Hilton opening in downtown Sacramento
Appellation Hotel in the rolling hills of Healdsburg
Hearst Hotel in San Francisco, which is set to redefine luxury in the city by the bay
Palihotel San Diego, along with three new hotels within Palisociety’s brand-new Le Petit Pali brand.
The above is just a sampling of the new openings and experiences coming to California in 2023.