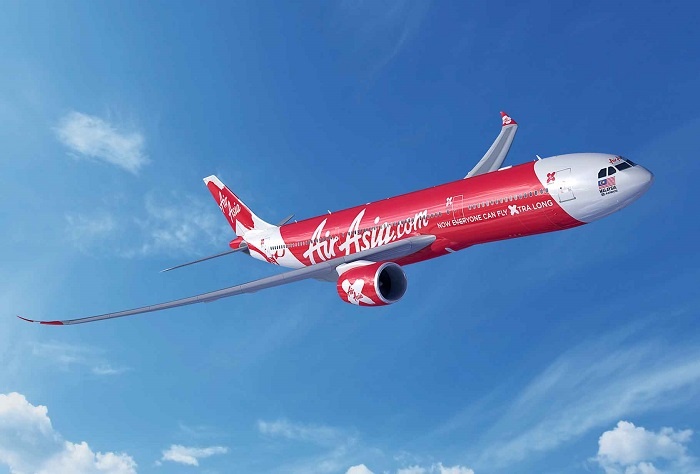 Capital A Berhad (formerly known as AirAsia Group Berhad) has announced its operating statistics for its aviation, digital and logistics businesses for the Second Quarter of the Financial Year 2022 (“2Q2022”).

The Consolidated Airlines flew more than 35,000 flights in the quarter, up 483% YoY compared to the same period last year, supported by the growing domestic demand and the resumption of international travel in Asean countries. Correspondingly, Available Seat Kilometres (“ASK”) rose by 456% YoY and Revenue Passenger Kilometres (“RPK”) increased by 582% YoY. In 2Q2022, total operating aircraft for AirAsia Malaysia, AirAsia Indonesia and AirAsia Philippines were 45, 12 and 8 respectively.

AirAsia Malaysia posted a stronger load factor of 84% in 2Q2022, up by 20 percentage points (“ppts”) YoY and 10 ppts QoQ. Passengers carried and capacity increased significantly by 1276% YoY and 955% YoY to 3.8 million and 4.6 million respectively, with more operating aircraft added to support the huge surge in demand for both domestic and international flights. Load factor for international flights achieved 81% with 31 additional destinations reinstated and the highest number of international passengers carried post pandemic, attributed mainly from Malaysia-Singapore routes, followed by Malaysia-Indonesia and Malaysia-India routes.

AirAsia Philippines posted the highest load factor among the Group’s airlines at 93%, which grew by 15 ppts YoY. In 2Q2022, the number of passengers carried increased by 480% YoY and capacity expanded 388% YoY. Flight frequencies were added on popular routes to meet strong demand which increased ASKs by 309% and the number of flights flown jumped 388% YoY. In June, AirAsia Philippines resumed international routes to Kota Kinabalu, Seoul, Hong Kong and Guangzhou.

In 2Q2022, AirAsia Thailand carried over 1.7 million passengers, up 133% YoY with a load factor of 75%, rising 14 ppts compared to the prior corresponding period. The airline added flight frequencies and routes to meet rising demand, resulting in an 87% increase in flights flown, to a total of 12,326 flights with 25 operating aircraft during the quarter. More international flights were reinstated during the quarter, operating 19 routes to 8 countries by the end of 2Q2022. As a result, the ASK and seating capacity significantly rose by 116% and 90% respectively as compared to the same period last year. Additionally, the average sector length grew by 16%, mainly driven by flights from the South Asian market.

For Capital A’s digital businesses, airasia Super App achieved a record high growth in average Monthly Active Users (“MAU”) which stood at 10.6 million in 2Q2022, up 236% compared to the same period last year. This is primarily due to the strong return of travel and increased user acquisition on the mobile app. Additionally, the number of transactions increased 70% for QoQ comparison and climbed five times as compared to the second quarter last year. These were driven primarily by increasing transactions from Flights, airasia ride, FlyBeyond, and SUPER+.

BigPay reached 1.2 million carded users in 2Q2022, a 62% increase from the same period last year. This was mainly driven by strong market adoption over the past year and throughout this year in line with the travel recovery and the expansion of product offerings, such as DuitNow payments and transfers, additional remittance corridors, and one of the first digital lending products in Malaysia.

For Capital A’s logistics business, Teleport transported slightly lower cargo tonnage by 27% YoY due to the extended lockdowns imposed in China that began in March 2022. Delivery, on the other hand, improved significantly, up 630% YoY. Teleport achieved a record-breaking total of 1.15 million deliveries in 2Q2022. This was in part due to Teleport’s onboarding of a large new ecommerce platform in 2Q2022 which accounted for 10% of delivery volume. The new platform is expected to boost growth in the industry significantly with Teleport’s robust expansion plans across the region this year.