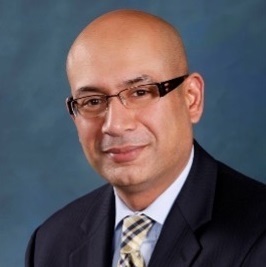 The Ritz-Carlton, Sarasota has announced the appointment of Rajesh Khubchandani as general manager.

Khubchandani will oversee all resort, residence, beach club, and golf club operations, while reinforcing the beloved traditions most emblematic to the iconic property celebrating its 20th anniversary this year.

A seasoned hotelier for over 28 years, he brings a wealth of experience to his new position having worked in numerous countries.

An award-winning and well-respected leader within Marriott International, he most recently served as vice president of luxury brand operations.

He was also opening hotel manager at the Ritz-Carlton, Los Angeles.

“The Ritz-Carlton, Sarasota has provided its guests and members with an unparalleled luxury resort experience for two decades, and I am delighted to join this outstanding team to continue the legacy of excellence,” said Khubchandani.

“Sarasota is a charming urban destination and elegant coastal retreat that continues to attract visitors from around the world – and I consider myself incredibly lucky to lead a talented team in such a stunning destination during its centennial year.”

A native of India, Khubchandani is a graduate of the University of Calcutta, where he received a bachelor’s degree in commerce, and majored in economics and finance.