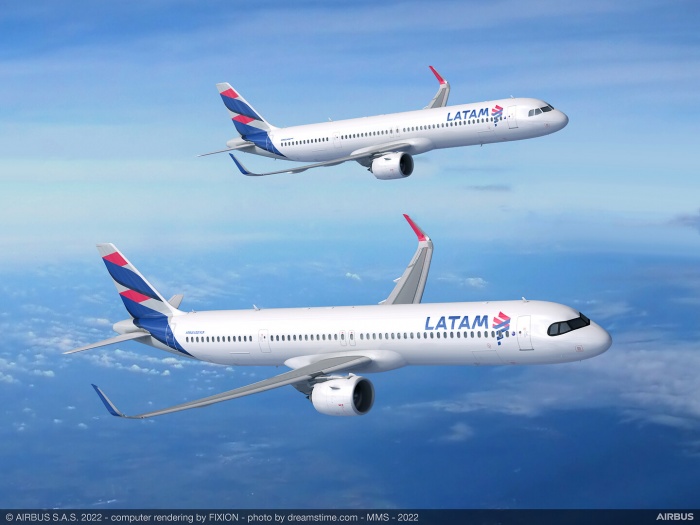 LATAM Group announced its consolidated financial results for the second quarter of the year, which reflect a gradual recovery of the operation, reaching a consolidated capacity (measured in ASK) of 72.6% compared to 2019 levels, which in turn represents more than double the capacity of the same quarter of 2021, growing by 135.2%. This recovery of capacity is mainly explained by the solidity of the domestic markets in Brazil, Colombia and Ecuador, in addition to the recovery of international operations, and takes place in a context marked by a sharp increase in fuel prices.

At the end of the second quarter, LATAM reported losses of US$523.2 million.

Roberto Alvo, CEO of LATAM Airlines Group, commented that “we have closed a second quarter with significant progress in our reorganization process under Chapter 11 and we hope to emerge from it during the last quarter of this year. Although the group has made advances in its operational recovery, we continue to remain cautiously optimistic about the coming months, closely monitoring fuel prices and macroeconomic variables, as the industry still finds itself in the midst of a very dynamic environment.”

During the period, LATAM Group obtained the approval of its Reorganization Plan by the United States Bankruptcy Court and secured its exit financing.

At the Extraordinary Shareholders’ Meeting, LATAM obtained the necessary approval from its shareholders for the company’s new capital structure and the issuance of the financing instruments presented in the Plan, receiving the support of the vast majority of shareholders, corresponding to 99.8% of the shares present or represented at the Meeting, which correspond to 77.5% of the total shares with voting rights, allowing LATAM to begin the final phase of regulatory requirements in Chile for the eventual implementation of the Plan.

LATAM has already begun the process of registering the instruments of the Plan in Chile, which began with the submission of the request for registration of the instruments before the Commission for the Financial Market (CMF) on July 8.

Sustainability
In order to reach carbon neutrality by 2050, LATAM announced in April that it will seek to reach 5% sustainable fuel use by 2030, prioritizing production in South America. In addition, the group announced in July its intention to explore opportunities for CO2 removal through the Direct Air Carbon Capture and Storage System (DACCS). This announcement was made collaboratively and in association with other industry players after signing a letter of intent with Airbus.

In terms of circular economy, the “Recycle your Trip” program was implemented during the quarter in the Peruvian subsidiary and later in the Colombian subsidiary, which consists of segregating the waste generated on board and which was already operational on the domestic flights of the affiliates in Chile and Ecuador.

Finally, LATAM added new alliances to its Solidarity Plane program by signing cooperation agreements with ANIQUEM in Peru and Firefighters of Chile. Currently, the group has more than 20 alliances in Latin America.