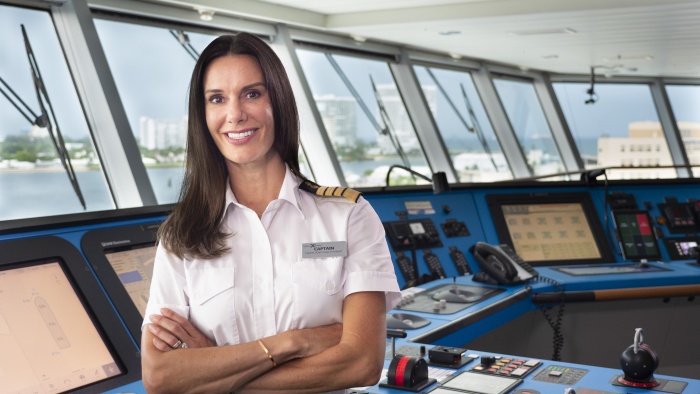 The third ship in its Edge Series, the ship will debut next spring.

For McCue, the seed to be a captain was planted following a cruise the then-12-year-old took with her family.

She told her father that she wanted to be a cruise director when she grew up.

His advice to her was that she could do anything she wanted, including captaining the ship

Since that time captain McCue has been a pioneer and trailblazer, breaking the gender barrier in 2015 when Lutoff-Perlo named her to be the first – and still only – American female to captain a major cruise ship, Celebrity Summit.

She moved to Celebrity Equinox before being appointed to helm Celebrity Edge in September 2019.

“This is a day that I’ve been waiting for since we made the first cut of steel on our beautiful Celebrity Beyond.

“Captain Kate has transcended what it means to be a captain as a voice and example of inclusivity, diversity, and change,” said Lutoff-Perlo.

“She constantly thinks about how she can go above and beyond, mirroring the exceptional design and imagination of the ship she will captain.”

Celebrity Beyond will sail her maiden voyage on April 27th, from Southampton.