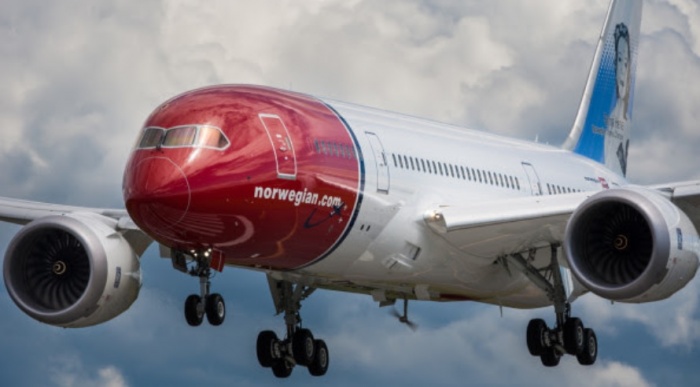 New figures from Norwegian reveal the carrier welcomed over one million passengers in November for the second consecutive month.

Adjustments to capacity and route network for the winter season have been well-received by customers, the carrier said in a statement.

“The result shows that we have done well in adapting capacity to customers’ travel needs.

“Spain is one of the markets where we have seen a good development in bookings. In the last month, we have made it even easier for customers to book with confidence by extending the possibility of one fee-free change even on the most restricted tickets,” said Geir Karlsen, chief executive of Norwegian.

Compared to November last year, the total capacity (ASK) has increased by 541 per cent and passenger traffic (RPK) is up 1,007 percent.

In addition, the load factor in November was 76 per cent.

In November, Norwegian had an average of 49 aircraft in operation, while 99 per cent of scheduled flights were operated.