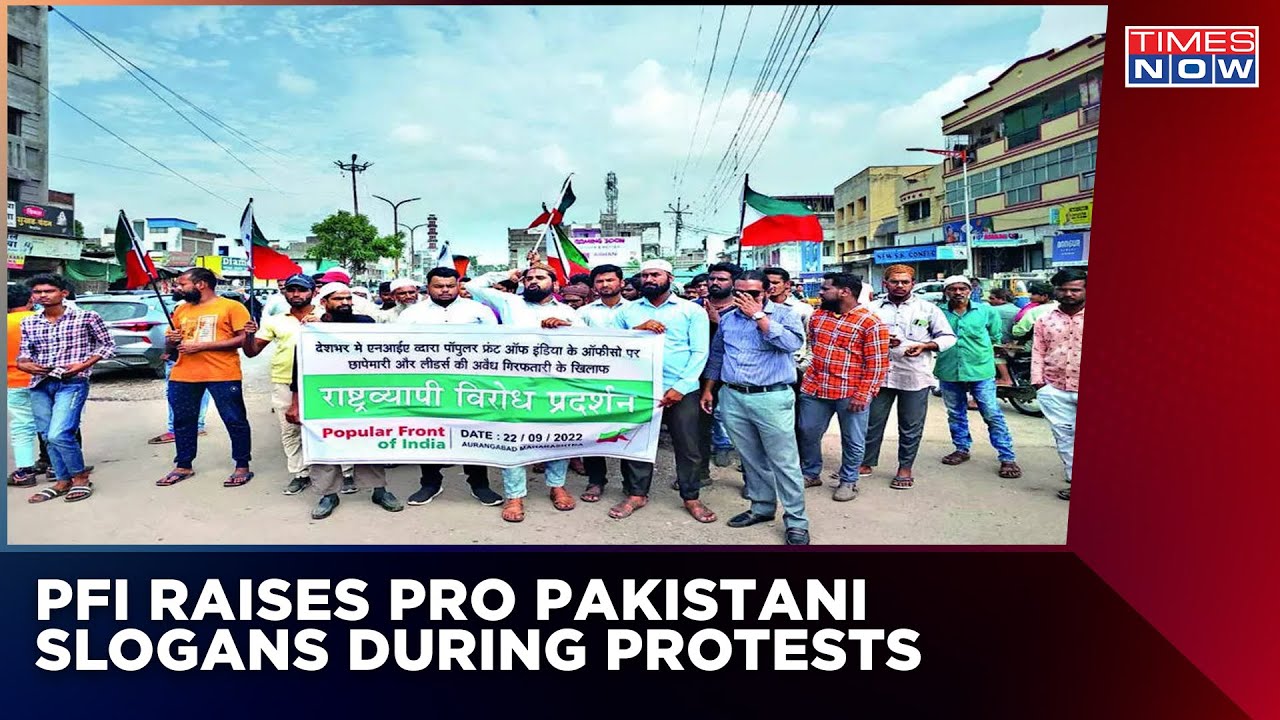 Amidst the escalating protests of the PFI against the pan-India raids conducted by central agencies including ED and the NIA, a viral video has once again put the organization under the lens. As per the reports of the news agency ANI, the video is from September 23 where PFI cadres can be seen raising pro-Pakistani slogans from outside the office of the District Collector in Pune. Several BJP leaders have taken note of this matter and have assured to take stringent actions. However, Times Now could not independently verify the video. The Pune Police has also lodged an FIR and a probe is underway. Watch to know more!

Times Network takes the lead with its ground-breaking innovation and disruption of a new content category. The Times Network channels, which have a global footprint in 100 countries, inform, entertain, and engage viewers of all ages with fascinating and intriguing content, news, and information.