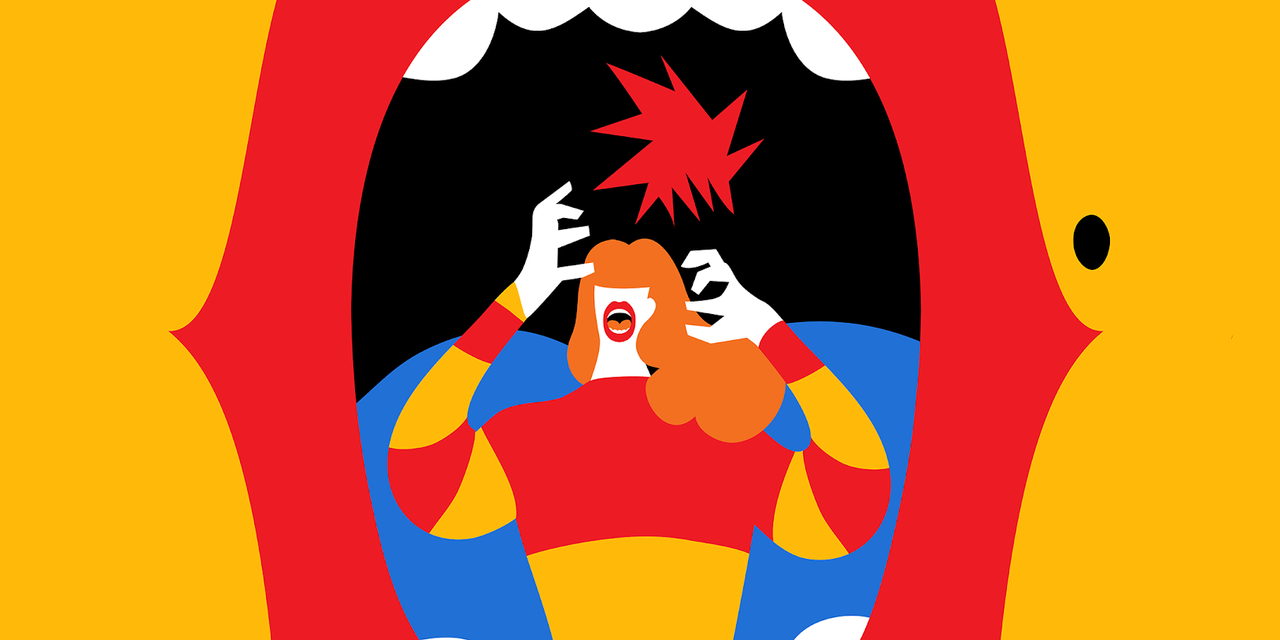 Perhaps your cheeks start to flush, your heart picks up its pace, or it feels like a rage boa is starting to constrict your chest. It could be that the news has your blood simmering, or your Wi-Fi decided to betray you in the middle of a particularly stressful workday by grinding to an infuriatingly slow speed, or maybe your partner, yet again, left the wet towels in the washer all damn day.

Firing off, losing your shit, flipping the fuck out—however you describe it, your body is telling you that it’s about to go down. Though anger is a perfectly normal (and often productive!) emotion, it doesn’t always feel so great when it spirals out of control. You might be mad for a legit reason, but when the triggering event is further fueled by angry thoughts—What’s wrong with these people? This can’t be happening to me! How hard is it to toss the towels in the dryer?!—rage can quickly overtake you, causing you to say or do things you later regret.

To keep you from reaching that point of no return, we asked Stacey B. Daughters, PhD, a licensed clinical psychologist and the director of the Biobehavioral Research on Addiction and Emotion Lab at the University of North Carolina, Chapel Hill, for her best tips on preventing brewing rage from turning into an all-out anger spiral.

Get out of your hot head.

“To stop the anger spiral, you need to create space between your emotions and actions,” Dr. Daughters says. In other words, it can be helpful to interrupt your automatic (and often unproductive) reaction to anger before it completely takes over and drives your behavior. Brief (as in 10 minutes or less) guided meditations or breathing exercises are one way to do that, but if you’re in no mood for that advice, try moving around.

“Physical activity has been shown to decrease anger, allowing you to think about the situation more clearly beyond those initial feelings of rage,” Dr. Daughters says. And it doesn’t need to be an intense workout, either. We’re all for a rage run, but moderate aerobic exercise—walking briskly, dancing, punching and kicking the air to Rage Against the Machine—for 20 to 30 minutes is all it takes, she adds.

Identify the root(s) of your rage.

If you’re able to stop your spiral (or at least delay it) by practicing a bit of mindfulness, you can then try asking yourself why you’re really upset. “Anger is a valid emotion and it’s also a secondary emotion,” Dr. Daughters explains. “It’s often protecting us from feelings that are difficult to face.” Are you furious that you didn’t get that expected raise? Perhaps the anger is protecting you from feelings of low self-esteem. Or maybe you’re pissed off that your partner didn’t return your calls or texts all day. In that case, your anger might be shielding you from a deep fear that they don’t really love you or that you’re not lovable in general.