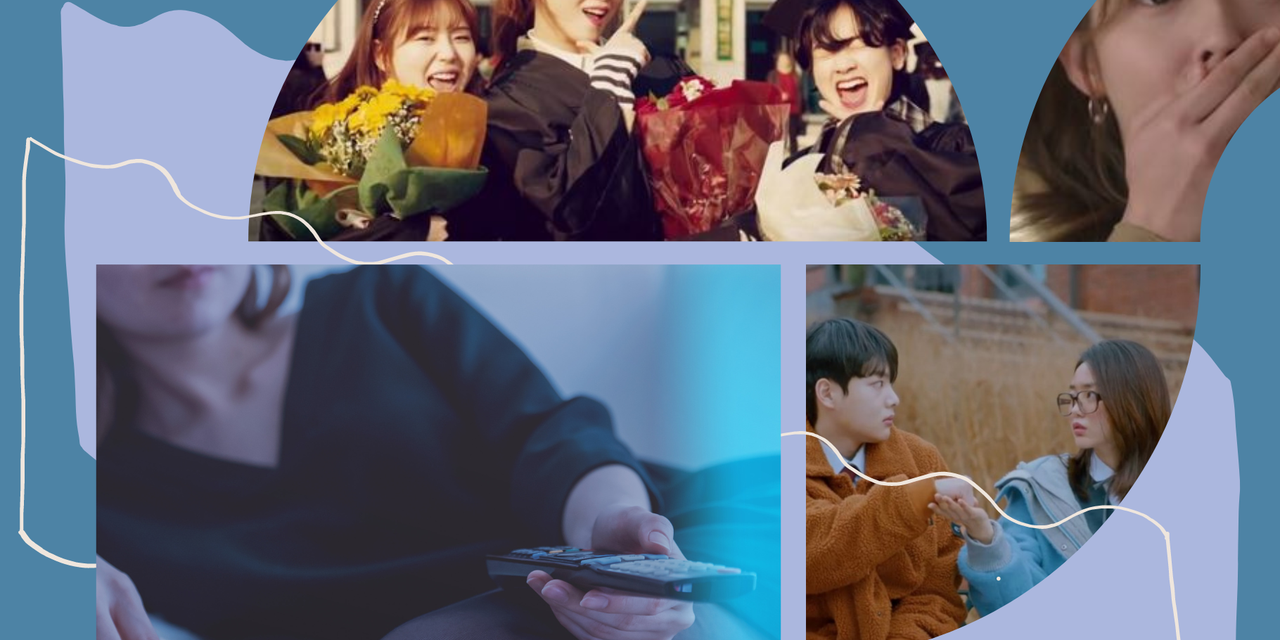 For Jeanie Y. Chang, 48, a licensed marriage and family therapist (LMFT), everything about being a first-generation Korean American made her feel different from everyone else, especially in school. In college, Chang became hooked on watching a popular Korean drama, or K-drama, which helped her appreciate her culture for the first time. After college, Chang balanced the demands of motherhood, marriage, and eventually graduate school, so she rarely watched TV. It wasn’t until 2015 that Chang fully embraced her Korean culture—again with the help of a K-drama. She found that watching Korean shows were cathartic, validating, and just made her feel good. Inspired by how she felt, Chang began using K-drama examples in her corporate consulting leadership workshops and in her sessions with clients. After receiving positive feedback, Chang launched her YouTube channel and TikTok accounts linking K-dramas to mental health during the pandemic. Below, read Chang’s story as told to SELF’s associate health director Melissa Matthews.

I was born in Seoul, South Korea, but moved to the U.S. as a baby. My family lived in a small town outside of Philadelphia, and there wasn’t a lot of diversity in the area back then. Growing up, I really didn’t like being Korean because I felt like I didn’t belong. As a kid, I didn’t want to stand out. But looking different from my peers, speaking a different language at home, and bringing a different kind of lunch to school made me stand out. Kids were eating peanut butter and jelly sandwiches for lunch but I brought things like fried rice to school, which felt very foreign to folks in my community. I just felt very “othered.” I often questioned where I belonged.

I also felt like my parents didn’t quite understand U.S. culture. I remember frequently thinking, “Hello, this is not how Americans do it,” and that made me reject my heritage even more. When my mom made Korean food at home, I remember saying, “Why do we have to eat this? Why can’t we just have spaghetti?” I used to detest the smell of kimchi, a traditional Korean side dish that’s quite popular nowadays. Back then, people weren’t as familiar with it—and I felt mortified when my friends came over and asked why my house smelled. All of this made me feel ashamed for so long.

In 1992, I started gaining a new appreciation for my culture as a freshman in college at NYU, where I met other Koreans my age for the first time. That year, a K-drama called Jealousy was a huge hit. I wasn’t used to seeing a lot of media representation of Asians, let alone Koreans, and the main female character, Yoo Ha-Kyung, stood out to me. She was spunky, outgoing, and outspoken, which was significant because back then there was still a cultural narrative that Korean women had to be quiet and submissive. But that show made it look cool to be Korean.

Over the years, I continued to watch K-dramas off and on. Eventually, after getting married, having four kids, and going back to graduate school to study marriage and family therapy, I didn’t have time to watch TV. In 2015, I got hooked on K-dramas again when I watched My Love From the Star, a romantic comedy about an alien stranded on Earth. I had just finished my master’s degree and was starting my career as a licensed therapist. I needed some escapism, so I turned back to K-dramas because they make me feel good—and they make me appreciate being Asian. Seeing the talented Korean women in these shows made me think, “Wow, Koreans can be beautiful.” That’s when I truly started embracing my culture.

‘The Challenge’ Season 38 Spoilers: Who Goes Home in Episode 9? It Might Be No One