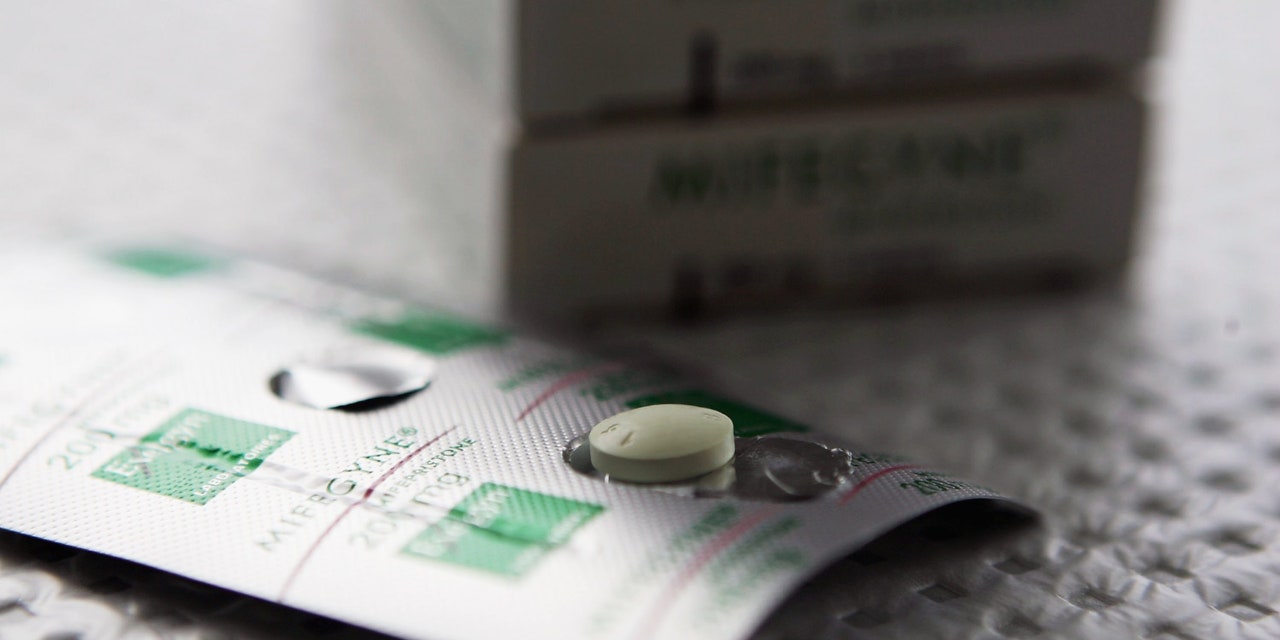 According to a survey published on Thursday, 54% of abortions in the U.S. are now performed using abortion pills, rather than with surgery, reports Reuters. The survey was released by the Guttmacher Institute, a research and policy organization devoted to sexual and reproductive rights. The report reflects a continued rise in use: In 2017, medication abortions constituted 39% of abortions, and in 2019, they made up 44%. Also important to note, the Institute collects data from all known U.S. abortion providers, meaning these figures only include services overseen by clinicians (and not self-managed abortions).

In 2000, the U.S. Food and Drug Administration (FDA) approved mifepristone, the abortion pill, or medication abortion, as a method to terminate pregnancies up to 10 weeks. Mifepristone (marketed as Mifeprex) is taken within seven weeks of the first day of your last period and works by blocking progesterone, a hormone that prepares the uterus for pregnancy. This process causes the uterus lining to thin, preventing the embryo from developing. Mifepristone is taken in conjunction with misoprostol (marketed as Cytotec), a few hours or days later, which causes the uterus to contract and eject the embryo through the vagina.

Guttmacher Institute researchers say that “the COVID-19 pandemic likely accelerated” the use of abortion pills in recent years, with “increased attention on the benefits of telehealth” helping to make the pills far more accessible. As SELF has previously reported, in December 2021, the FDA permanently authorized mail-order abortion pills, meaning people in isolated locations could receive the pills from a certified medical worker or pharmacy by mail.

That decision was made, in part, because abortion pills are typically very safe when used appropriately. According to the FDA: “Mifeprex is safe and effective when used to terminate a pregnancy in accordance with the revised labeling.” Complications associated with the branded version of the drug are indeed rare. As of June 2021, there have been 26 fatalities linked with mifepristone since it was first authorized by the FDA 21 years ago. In this group, there were two cases of ectopic pregnancy (which occurs when a fertilized egg implants outside of the womb) and several cases of sepsis, meaning the pill was not the only factor involved in the death.

Use of the abortion pill has steadily risen since it was initially authorized just over two decades ago. Despite the safety of the pill, abortion remains a bitterly divisive issue, with the Supreme Court currently weighing significant changes to reproductive rights, according to NPR.

“Given the reality of the 6-3 anti-abortion majority on the U.S. Supreme Court that is now primed to severely weaken or overturn Roe v. Wade outright, medication abortion is likely to become even more critical in the delivery of care to many people who may be unable to access care in a clinic,” the Guttmacher Institute wrote in their report. As you likely are already aware, Roe v. Wade was the 1973 landmark case that led to the right to terminate a pregnancy before the fetus is viable—at around 24 weeks. In recent years, several states, including Texas and Mississippi, have passed laws that severely restrict abortion access. If the Supreme Court, which is currently weighing a case from Mississippi, allows the state to ban abortions after 15 weeks, activists expect Roe may be overturned soon after, according to CNN. The Guttmacher Institute report therefore recommends that lawmakers take action and “redouble their efforts to further codify, reinforce and expand” the policies which protect sexual and reproductive rights in the U.S.