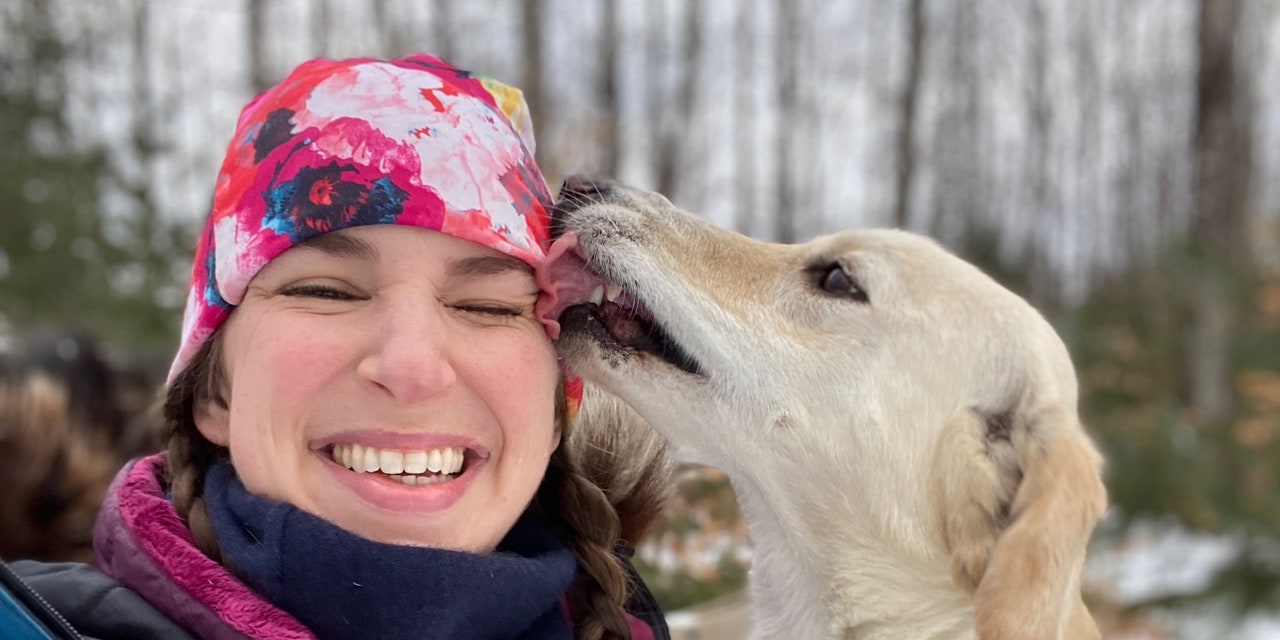 As a child, Blair Braverman dreamed of being a dogsledder the way other kids aspire to be astronauts, movie stars, or deep ocean explorers. Growing up in Northern California’s Central Valley, where snow was a foreign concept, Braverman would nonetheless pull on rollerblades, tether herself to her golden retriever, and pretend she was mushing.

“I loved being outdoors and I loved dogs,” Braverman, 34, tells SELF. “To me, being able to combine them seemed like magic. I didn’t understand why every single adult wasn’t a dogsledder.”

After first learning about dog sledding, also known as mushing, through books—Braverman was obsessed with the story of the iconic Alaskan sled dog Balto at a young age—she moved to Norway at 18 to study the sport for a year at a “folk school” (basically, a specialized boarding school). Eight years ago, she competed in her first dog sledding race: The Apostle Islands Sled Dog Race in Wisconsin. The snowy race is a 40-mile, two-day event with a six-dog team. Since then, Braverman has raced so prolifically that she says she lost count of how many she’s completed.

But there’s one race that stands out above them all. In 2019, Braverman—who currently lives in northern Wisconsin with her husband and fellow musher, Quince Mountain, and 24 huskies—finished the prestigious and grueling Iditarod. In this annual 998-mile race across Alaska, contestants battle extreme conditions, including subzero temperatures, whiteout blizzards, and encounters with moose, bears, and bison. Dozens of mushers compete in each race, but not all finish: In fact, when Braverman competed in 2019, only 39 people completed the race, while 13 either withdrew or scratched during the race. Braverman and her team of eight dogs completed the Iditarod in a little under 14 days. (The record for the fastest time, which was set in 2017, was eight days, three hours, and 40 minutes.)

When she’s not training for or competing in dog sledding events, Braverman chronicles her adventures in the wild through her work as a journalist, author, and Twitter personality. Her third book and debut fiction novel, Small Game, which came out November 1, encompasses “deeper reflection about what survival really means and what it means to be seen and to be watched,” says Braverman, who dreamed up the concept after she and her husband were contestants on the Discovery Channel reality show Naked and Afraid.

It’s only fitting that she describes her first novel as a “survival story,” since survivalism is a theme in dog sledding, too—after all, participants must maintain utterly calm while enduring some incredibly harsh and dangerous conditions.

Dog sledding, says Braverman, encompasses many factors: Athleticism, tolerance of cold, dealing with wildlife, sleep deprivation, physical strength, endurance, and most importantly, a connection with your dogs. As Braverman and her husband, who form the mushing team BraverMountain, look toward the upcoming dogsledding season—which typically starts to ramp up in the fall, though it spans all year long in some ways—Braverman shared with SELF the training tips that help prepare her for long-distance races.