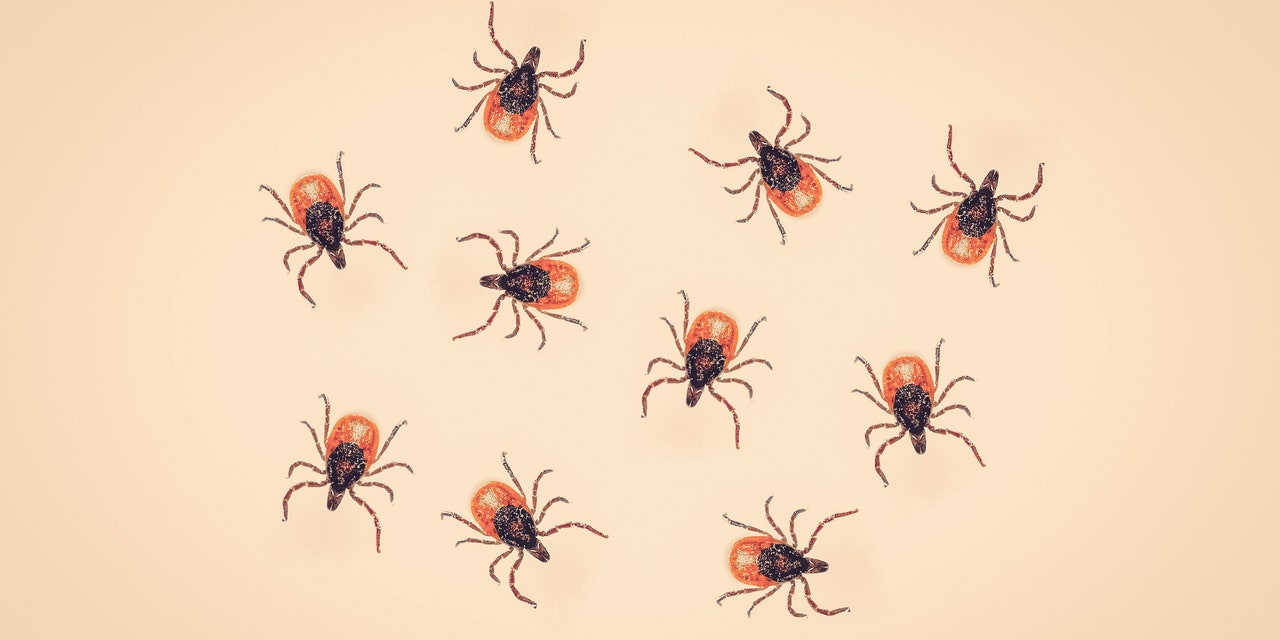 Up to 14.5% of the global population may have already had Lyme disease, according to a new meta-analysis published in BMJ Global Health. The researchers behind the report analyzed 89 previously published studies to calculate the figure, which sheds a harrowing light on the worldwide toll of the tick-borne illness.

From 1991 to 2018, the incidence of Lyme disease in the United States nearly doubled, according to data from the United States Environmental Protection Agency (EPA). In 1991, there were nearly four reported cases per 100,000 people; that number jumped to about seven cases per 100,000 people by 2018. The Centers for Disease Control and Prevention (CDC) estimates that about 470,000 Americans are diagnosed and treated for Lyme disease each year.

The bacterium that most commonly causes Lyme, Borrelia burgdorferi, is transmitted to humans via the bite of an infected blacklegged tick, also known as a deer tick. These especially tiny ticks are often found in the Northeast, Mid-Atlantic, Upper Midwest, and Pacific Coast, per the U.S. National Library of Medicine (NLM). Once a person has been infected, they may develop short-term, flu-like symptoms like fever, headache, and fatigue, as well as a signature bull’s-eye-shaped rash that appears in up to 80% of Lyme disease cases, according to the CDC. In rare instances, when Lyme is left untreated, a person may experience long-term, potentially life-threatening complications, including joint pain, severe headaches and neck stiffness, heart issues, and inflammation of the brain and spinal cord, among others.

But some people may not experience any symptoms of Lyme disease at all, meaning it’s possible to be infected and not know it, Scott Weisenberg, MD, an infectious diseases specialist at NYU Langone, tells SELF.

Though experts have been aware of the rising case counts of tick-borne illnesses in general, the new estimate provided by the BMJ Global Health analysis emphasizes just how much of a burden Lyme disease is on public health. “Those numbers are probably higher than some people thought,” Dr. Weisenberg says.

So, what might be driving the uptick? Experts point to climate change as a big contributing factor, per the EPA. Rising temperatures throughout the U.S., and the planet as a whole, have likely encouraged an expanded range of ticks in environments that were previously too harsh for the arachnids. Deer ticks, in particular, are “strongly influenced by temperature,” the EPA notes.

It’s also not surprising, then, that a person’s risk may be heavily dependent on where they live. People who lived in rural areas had a higher positive Lyme disease test rate than people who lived in urban areas, the recent analysis found. Ticks thrive in wooded, brushy, grassy areas, where they can easily find “hosts” like deer, rabbits, and rodents to feed on; this can look like a dense forest, a lush backyard, and even a green space in a sprawling city.

“Since its identification in 1975,” the researchers wrote, Lyme disease “has become the most common tick-borne zoonotic disease worldwide… Therefore, there is a need for preventive measures.”