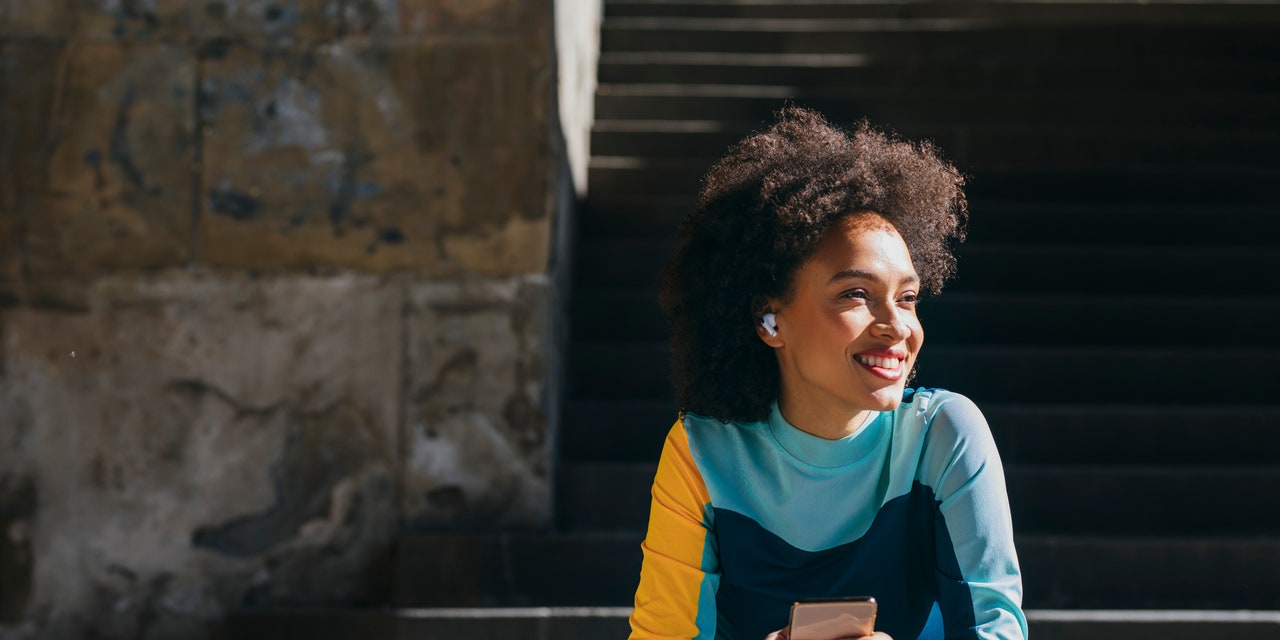 Other runners—including Janet Slater from Carbondale, Illinois—are fans of the FlipBelt (from $29, Flipbelt.com). The tubular design includes a clip for keys and spreads your belongings more equally around your midsection. Plus, you can fit a silicone hydration flask inside ($25, Salomon.com), Ithaca, New York–based runner Elizabeth Hartman tells SELF. FlipBelt also sells curved water bottles specifically designed to arch around your waist (from $9, Flipbelt.com).

Salt Lake City–based runner Keke Fairfax loves her belt from Ultimate Direction so much she’s kept it for 10 years. They don’t make the exact model anymore, she says, but it’s similar to the currently available Ultra Belt 5.0 ($75, Ultimatedirection.com), only with a single water bottle and a wider phone pocket. “It’s the perfect size—I have a small waist and wide hips, so I have trouble with a lot of waist belts fitting comfortably,” she says.

On days when I’m going for a short run and don’t need to take much else, I’ll simply slide my phone—encased in a sandwich bag so it doesn’t get sweaty—down the side of my thigh in a pair of Oiselle’s Pocket Jogger shorts ($62, Oiselle.com). They come in multiple lengths and an array of jewel-tone colors, and my phone stays put even without a zipper or other closure.

Old Navy has a similar design at a more economical price and in a wider range of colors and prints, says Raleigh, North Carolina–based runner Kristen Beightol ($27, OldNavy.com).

Other runners—including Julie Verone, who’s based in Merrick, New York—prefer the protection of a zipped back pocket. Her go-tos are the Lululemon Speed Up Shorts ($58, Lululemon.com), which come in a variety of rises and lengths, and the Oiselle Roga line. The Toolbelt Roga Shorts ($44, Oiselle.com) offer both a zippered back pocket and an open mesh pocket around the rest of your waist for easier access to your phone, gels, or anything else you need to tote.

In colder weather—or if, like Lacey, you simply seek out more coverage (“Anywhere I can eliminate the chafe is a game-changer for runs,” she says)—many brands of tights also come complete with larger pockets. Lacey’s favorites are Lululemon’s All the Right Places ($118, Lululemon.com), which have a drop-in pocket in the back waistband, and Athleta’s Ultimate Stash Pocket 7/8 Tight ($89, Athleta.com), with a slide-in, stretchy side pocket.

3. Tuck it into your sports bra.

While shorts can nestle your phone in the small of your back or the side of your thigh, the space between your shoulder blades is also just about the perfect size, I’ve learned.

Chicago runner Carla Benton has about seven colors of the Senita Sarah sports bra ($26, Senitaathletics.com), and says her phone stays put in the racerback pocket in the back. Plus “the weight distribution is equal, unlike when your phone is strapped to one arm or stowed in one leg pocket,” she says.

I also have a Sarah, but the one downside is the awkwardness of reaching back behind you if you need your phone for any reason. Bras with pockets in the front instead eliminate that particular hassle. Austin runner Jeannie Choe recommends the Tracksmith Alston bra ($68, Tracksmith.com), a medium-support compression model that looks sleek and simple on the outside, but boasts a hidden pouch between the two layers of moisture-wicking fabric.

4. Clip it to your clothing.

Back in 2017, Rochester, New York–based runner Kristina Powell was wrestling with this very “how to carry a phone while running” question—and feeling frustrated with the then-limited selection of armbands and waist belts. So she designed her own solution at the kitchen table: the Koala Clip, a zippered pack that clips onto your sports bra magnetically to keep your phone dry and secure.

It’s now available in two models: Original ($29, Koalaclip.com) and Lux ($34, Koalaclip.com), which adds a separate pocket for cards, cash, and keys—and several sizes to accommodate different phones. While it’s designed to fit in the back of a racerback bra, Choe—who says she has shorter arms—wears hers in the front, or even on the waistband of her shorts, with her phone hanging toward the inside.