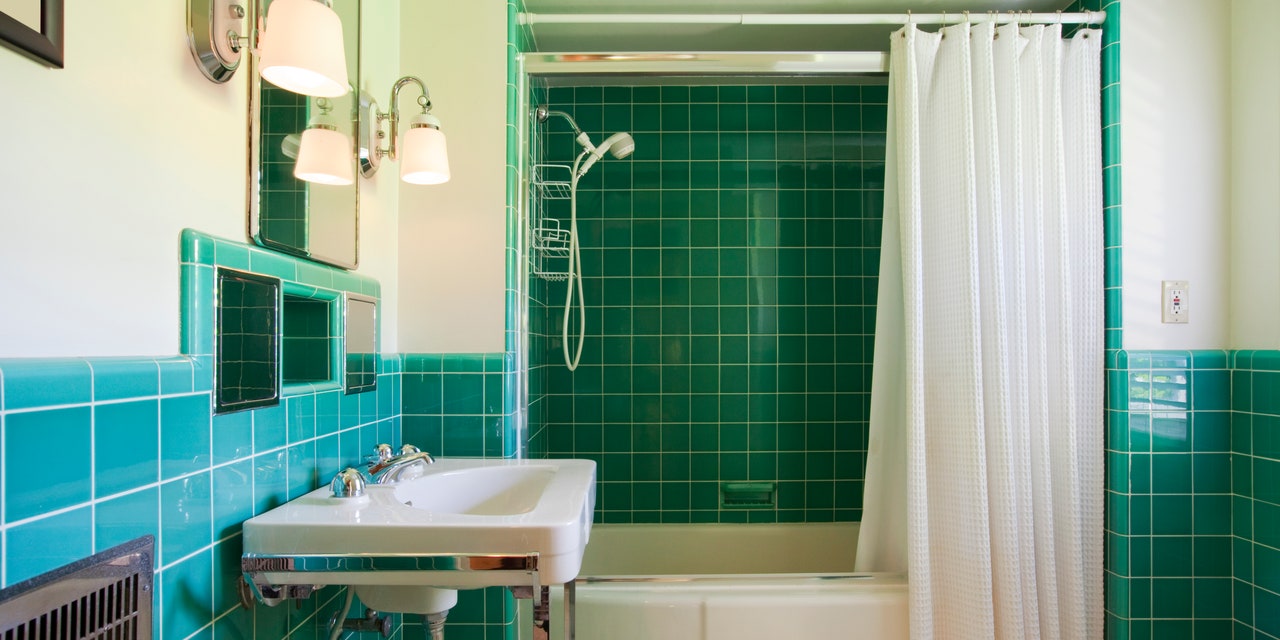 When it comes time to clean your bathroom, it’s easy to just go ham on the hard surfaces with a bleach-based disinfectant and call it a day. But cleaning your shower curtain always feels like a separate, somehow more challenging task: It’s not hard and smooth. It’s made of fabric or plastic, or both. If you’re stumped about how to approach it to get it as clean as the rest of your bathroom, you’re not alone: I’m definitely guilty of just tossing a shower curtain or two because cleaning them felt like too much of a hassle. Turns out, it’s actually not that difficult! Here, a germ expert and a cleaning expert explain why and how to clean your shower curtain, the cherry on top of a sparkling-clean bathroom.

Why is it so important to clean your shower curtain?

A slimy shower curtain is generally not dangerous—just gross. “For people with normal immune systems, the shower curtain probably poses a relatively small threat,” Paul Pottinger, MD, professor of medicine and co-director of the Antimicrobial Stewardship Program at the University of Washington Medical Center, tells SELF. Yes, even if it’s so dirty that there’s visible mold, Dr. Pottinger says it isn’t likely to cause any sort of infection or illness.

As for that infamous pink gunk: That’s what’s known as biofilm. It’s essentially a buildup of microorganisms that stick together to form a visible film, commonly in a pink ring around the bathtub. These microorganisms can come from our bodies or the water we shower in, Dr. Pottinger says. They like moist environments, so if your shower curtain is wet, it’s really easy for them to stick and multiply there. “Anything that’s wet tends to breed organisms,” Dr. Pottinger adds.

As SELF has previously reported, when foreign bacteria, fungi, or other microorganisms build up enough in the sticky biofilm, they can potentially cause skin infections like staph or bad acne breakouts. But chances are, you’re not rubbing your skin against the moldy edges of the shower curtain (and if you are, this is your sign to stop). The risk of getting a skin infection from your shower curtain itself is pretty slim. Still, it’s not exactly pleasant to look at!

A caveat: People with weakened immune systems need to be more careful about potential exposure to harmful bacteria. If you have a healthy immune system, there’s really no need to worry about shower curtain slime. But anyone with a weakened immune system is at increased risk of acquiring germs and infections from the environment, Dr. Pottinger notes. “People with reduced immune systems may be counseled by their doctors to pay special attention to keeping the environment extra clean,” he says. “These people, in particular, may want to pay attention to the shower curtain,” Pottinger adds, “because it can be a source of microbial growth.”

What’s the best way to clean a shower curtain?

Aim to clean your shower curtain every three months. “This is usually enough to keep it in good shape and stay ahead of any mold growth,” Lauren Bowen, cleaning expert and director of franchise operations at the cleaning services company Two Maids & A Mop, tells SELF. If it hasn’t been three months, but you notice mold or discoloration or a funky smell, that means it’s time for a cleaning. You’ve got a few options for how to do it.

How to clean a shower curtain in the washing machine

If you have a washing machine, you can wash both a cloth shower curtain and a plastic one in there. “If the curtain is made of cloth, put it in your washer on the warm water setting and use gentle laundry detergent. Make sure to choose the highest water level and the gentlest cycle to avoid damage,” Bowen notes. Hang it back on the curtain rod to dry.