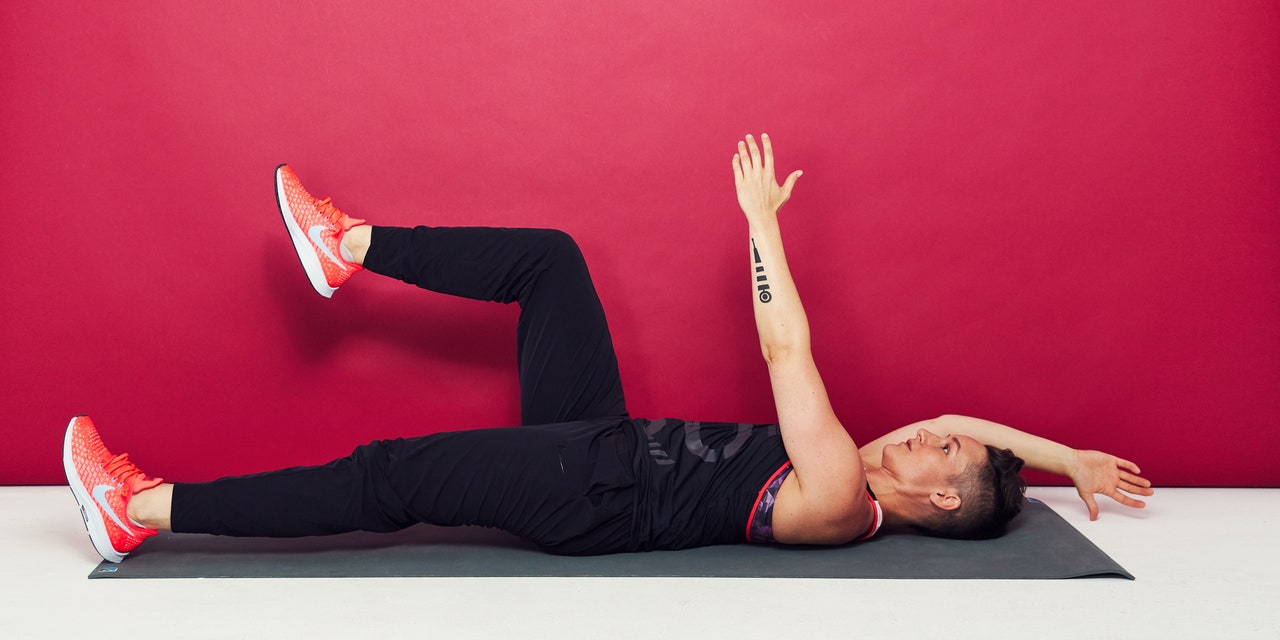 The dead bug exercise doesn’t sound like an awesome core move. After all, it probably brings to mind deceased cockroaches or perished beetles as opposed to stellar strength work. In reality though, this beginner-friendly movement has a lot to offer—and there are tons of compelling reasons to add it to your workout routine.

Personal trainer Evan Williams, CSCS, founder of E2G Performance in Chicago, uses the dead bug with all of his clients and tells SELF it’s one of the main movements he relies on for core strengthening.

He describes the dead bug as a “low-risk, high reward” movement. That’s because compared to other core exercises—like sit-ups, crunches, or planks—the dead bug has a lower risk of injury (more on why below!). Moreover, doing the dead bug regularly can provide a host of fitness benefits, including better coordination, posture, core strength, and core stability.

Ready to learn more about this versatile, underrated move? Keep scrolling for everything you need to know about the dead bug exercise, including its benefits, muscles worked, how to adjust it to different fitness levels, and step-by-step instructions for doing the dead bug safely and effectively.

What does the dead bug exercise do?

The dead bug challenges your core strength and stability as well as your coordination. It can also help improve your posture and may reduce your risk of low back pain.

Curious how, exactly, the dead bug achieves all that? Well, executing this exercise involves lying on your back in tabletop position and then extending one arm and the opposite leg out straight. When you extend your opposite limbs, your lower back naturally wants to go into extension—meaning it wants to arch and come off the floor. But the main goal of the dead bug is to engage your core to prevent that from happening, which makes it an “anti-extension” movement, says Williams. In this anti-extension position, you’re training core strength and stability and also practicing good posture, since your spine is in a neutral position (instead of arched or rounded) while your limbs are in motion.

Lastly, the dead bug may help reduce your risk of low back pain since it helps strengthen the erector spinae, a set of muscles in your lower back. As the Mayo Clinic reports, having weak muscles in your back and abdomen might lead to back pain. So by strengthening your erector spinae with the dead bug, you may reduce your risk of having pain in that area.

What muscles does the dead bug exercise work?

The dead bug works a ton of muscles in your core, including your transverse abdominis (deepest core muscles that wrap around your spine and sides), rectus abdominis (muscles that run vertically along the front of your abdomen), obliques (muscles on the sides of your stomach), and pelvic floor, says Williams. It also works your erector spinae, like we mentioned, along with your hip flexors.