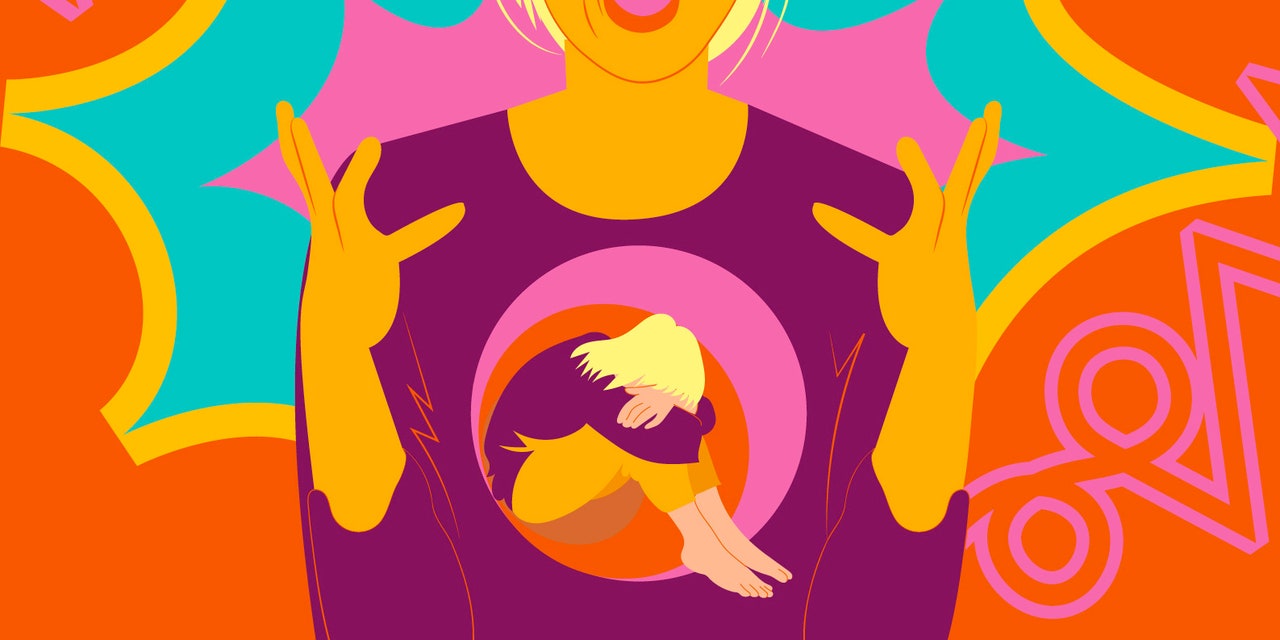 Even in instances in which you really did mess up, holding a self-grudge is useless. Sure, anger may initially help you realize what you did wrong so you can use that lesson to behave differently in the future, but mentally punishing yourself repeatedly for the same incident only makes you feel terrible. Self-directed anger is “often about having impossibly high standards for yourself, ” Martin says. In other words, you may convince yourself that you aren’t ever allowed to make a mistake—something done by every human since the dawn of time—such that when you do err, your immediate posture is one of self-castigation.

According to Dr. Chu-Peralta, if your anger stubbornly sticks around for months or even years, seems to be disproportionate to the size of the perceived mistake, or if it quickly shifts from something like I can’t believe I messed up this situation to the neighborhood of I am a worthless wretch, you’ve veered into unhealthy territory.

If self-directed anger is plaguing your life, take heart. There are ways to curb the tendency toward self-blame, find new ways to cope with the painful emotions that lie beneath your rage, and learn that human error is just that: entirely human. Here’s some therapist-approved advice to help you get unstuck.

Explore the thoughts and feelings attached to your self-directed anger.

Dr. Chu-Peralta suggests becoming curious about what causes the anger to occur: When do you feel it bubbling up? Is it when you’re scrolling on social media and see other people’s lives that you envy? Is it when you hang out with old friends who remind you of your younger, more optimistic self—the self you fear you’ve let down over time? What happens to you physically just before the descent into anger begins? Does your body clench? Does your stomach hurt? Do you feel sweaty or lightheaded? Carving out some time for this self-exploration once the anger has died down (ideally when you’re in a calm environment) can offer clues about what’s really prompting your rage, Dr. Chu-Peralta says.

She offers this example: Say you frequently experience self-directed anger at work. You’re convinced you’re inadequate, never quite up to the task. You often get headaches at the office. Every time you give a presentation, you excoriate yourself for the smallest mistakes. Is it really that you’re such a screwup—or is it that your boss is unreasonably critical of herself and/or you and your coworkers, and you’ve internalized her thinking?

Recognizing similar experiences in your past can be illuminating, Dr. Chu-Peralta adds. For example, if the last time you experienced chronic headaches and self-recrimination was when you were a kid with a hypercritical parent, it may be that feeling angry at yourself at work is a response to an equally fault-finding boss. Identifying these connections can help you begin to see the anger for what it is: a maladaptive coping mechanism that it’s time to let go of. If you try to dismiss the rage or white-knuckle your way through it, on the other hand, “it will often come back twice as strong,” Dr. Chu-Peralta says.

If you can’t stop dwelling, try temporarily distracting yourself.

While ignoring your feelings can be disastrous in the long-term, in the short-term, shifting your focus may help you get some perspective—and give yourself a break. Martin suggests harnessing the power of distraction, since merely interrupting a self-critical thought can often shut it down. “If you’re ruminating, try going for a walk, doing a crossword puzzle, or listening to your favorite playlist or podcast,” she suggests. It sounds simple, but it’s often enough to make a real difference, according to Martin, since rumination—the act of replaying negative thoughts on a loop—typically yields diminishing returns. The more you mull, the less helpful your thoughts become.