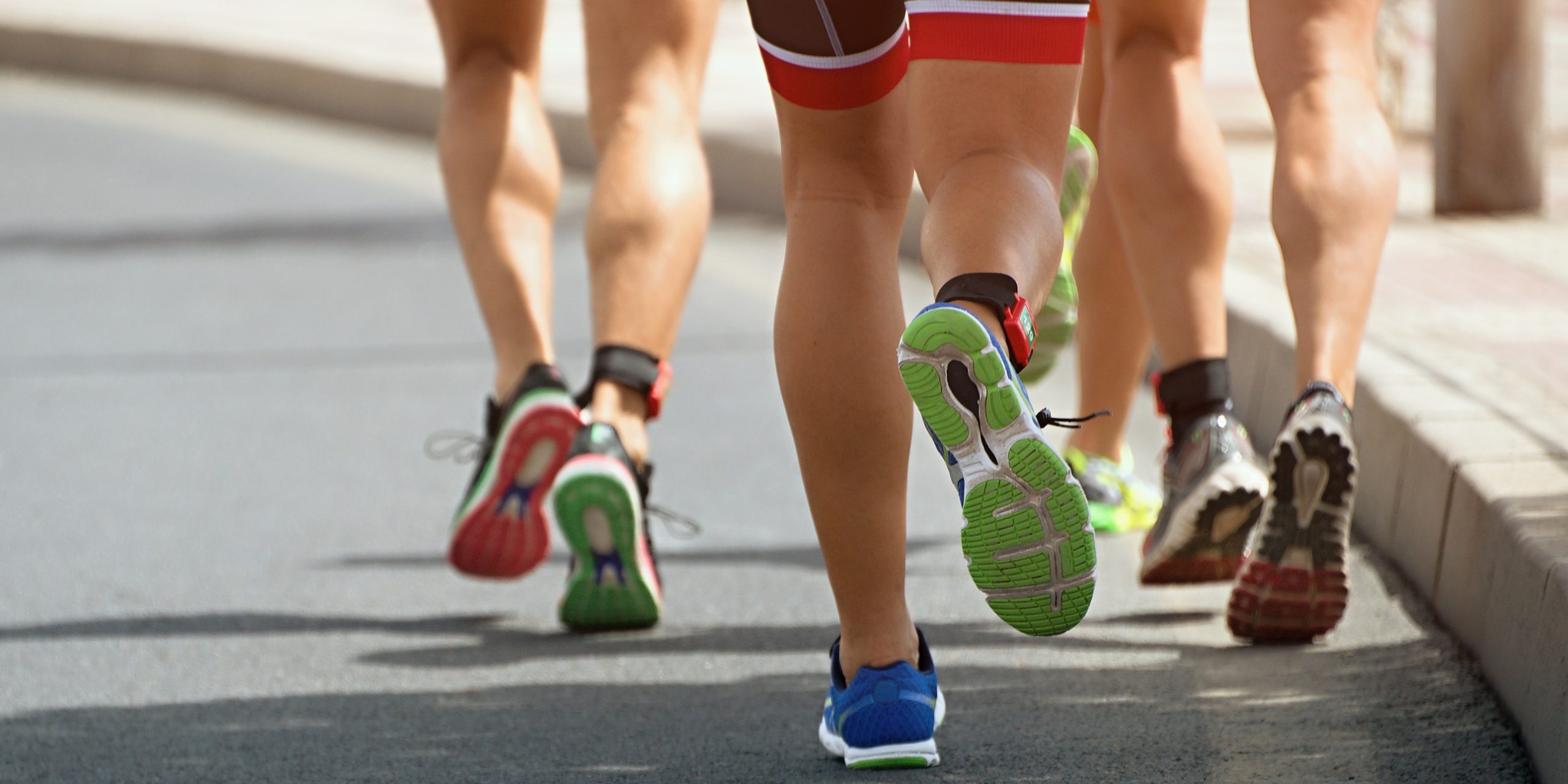 When I’m running, I feel like my stride is fluid, effortless, and completely aligned. And I’d like to think it would be—after all, I’m certified as a running coach, have run 23 marathons, and have written about the sport for years.

But when I look at photos or videos taken mid-race, I’m confronted with visual evidence to the contrary: I’m a heel whipper.

My right foot—the same one that’s home to a pretty substantial bunion—flicks to the side with each step. Rather than moving in a straight line forward and backward, it’s almost as if my right leg decides to make a circle, taking the scenic route to the next stride. I know I’m not alone; I see similar gait patterns in other runners around me, and have even noticed others kick themselves on the inside of the other leg when they stride.

I wondered what this was all about, and whether it could have contributed to my frequent running injuries, nearly all of which have affected that right side of my body. So I checked in with Sam Hegedus, PT, DPT, a USA Triathlon Level 1 Coach and founder of Volt Movement in Durham and virtual physical therapy platform Netic Health, to get the intel on what’s going on.

What is heel whip?

As Hegedus explained, my situation was due to a running gait issue called “heel whip,” something which is actually fairly common in the runners she sees as patients in her clinic. In fact, according to a 2015 study in the journal PM&R, over half of the 256 recreational runners studied were found to have some form of it.

Heel whip actually comes in two types: The most common is medial heel whip, which occurs when your heel turns in and your toe turns out as your leg “whips” around (possibly causing you to kick the inside of your other leg). Lateral heel whip, meanwhile, occurs when your toe turns in and your heel turns out. That’s when you’d actually see your leg kick out to the side of your body—which is what I do.

So heel whip is common, but is it always a problem? Here’s what runners should know about this gait pattern, including when and and how to fix it.

A whole host of factors can contribute to heel whip, ranging from mobility issues, range of motion difficulty, or strength imbalances. And while it’s your foot flicking either inward or outward, the cause of heel whip doesn’t always originate quite so low on your kinetic chain.

First of all, heel whip can occur because of a lack of range of motion in the toes or ankles. If you can’t move fluidly through a normal stride, your body may compensate by adding a little twist to the motion, Hegedus says.

Weakness in the intrinsic muscles of the foot (muscles which are contained solely in the foot and move the toes and stabilize the foot) can also contribute to heel whip, by causing your foot to collapse and roll inward. And a bunion like mine could play a role too, by making it harder to push off the ground straight through the big toe.