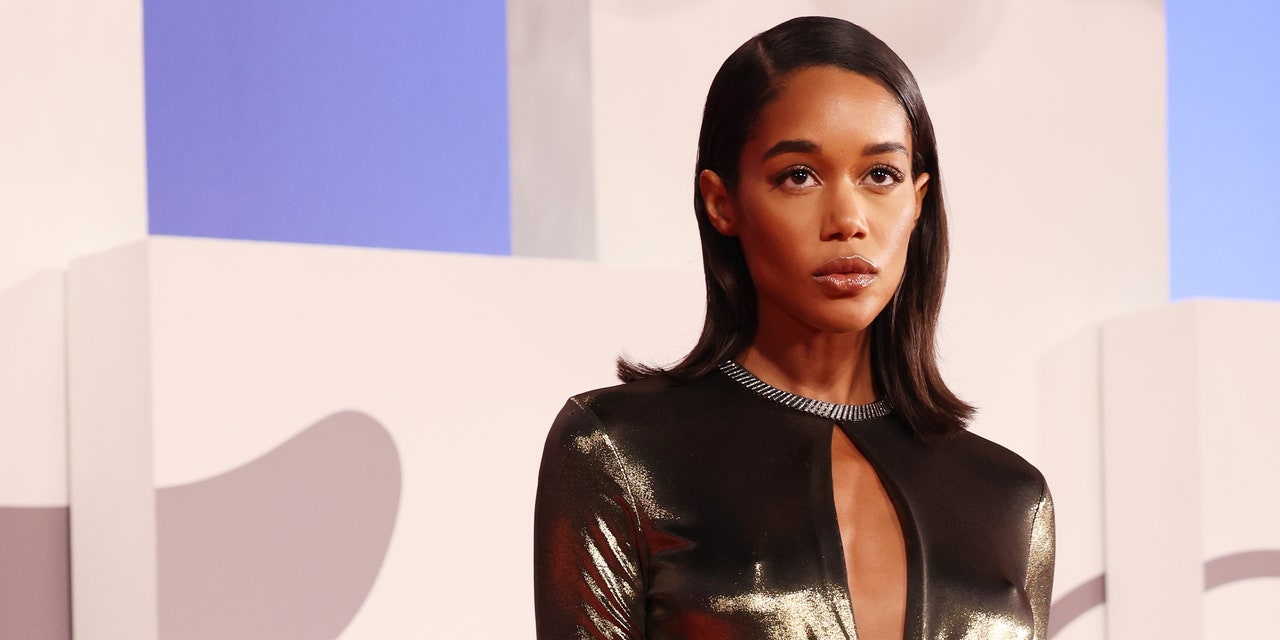 Laura Harrier covered a lot of ground in a recent interview with Cosmopolitan. She shared what her new home looks like (think 1920s Paris), her go-to reality TV show (90 Day Fiancé), and details about her friendship with Spider-Man: Homecoming costar Zendaya. But the 32-year-old actor also spoke candidly about how she prioritizes her mental health. When asked how she takes care of herself, Harrier said therapy gave her the tools she needed to feel good.

“I really am a big advocate for therapy and for mental health care, especially in the Black community,” Harrier said. “That’s something that’s really improved my life and really helped me in significant ways, especially when dealing with my anxiety and panic attacks.”

Harrier added that mental health needs to be prioritized just as much as physical health—and destigmatizing therapy can play a big role in that. “There’s been such a long history of ignoring mental health problems, of saying, ‘Oh, just suck it up,’ or, ‘I’m a strong Black woman. That doesn’t happen to me,’” she said, noting that she believes these tropes have been “taught over generations” and fueled by trauma. That’s why Harrier is passionate about working with the Black Emotional and Mental Health Collective (BEAM), which aims to help marginalized communities access the mental health care they need by connecting them with therapists and other healing resources.

As for her personal well-being, Harrier said she turns to many tools outside of therapy. “I try to meditate. I can’t say that I’m the best with my track record of doing it every day, but I try to at least do some deep breathing,” she said. “I noticed I literally forget to breathe, which sounds wild, but sometimes I’m like, ‘Wait, I haven’t taken a real breath all day,’ and just taking 30 seconds to sit and do deep belly breathing is a game changer.”

She also doesn’t subscribe to the idea that you have to do a daily workout class to stay healthy; instead, she determines what she needs at a given moment (which isn’t *always* an intense meditation session) and prioritizes that.

“I think it’s so common to talk only about self-care as mediation, yoga, and working out, which are all important, but sometimes self-care is having a glass of wine with your best friend and laughing and watching shitty reality TV,” Harrier said. “Sometimes that’s the self-care that you need.”

Harrier also shared her thoughts on issues like colorism in Hollywood (noting that she got called “Zendaya” frequently on the Spider-Man set) and the crucial need for abortion access in America—and no, she’s not worried about any potential backlash about speaking up. “I’m coming at these topics as Laura, as a woman of reproductive age who’s affected by Roe v. Wade. I’m affected by Black Lives Matter issues because I’m a Black person in America, because that’s my family, because that’s my little brother walking down the street that I worry about,” she said. “It’s not because of my job that I care about these issues. It’s because of my humanity that I do.”

Because of the increased energy costs: Do hotels in NRW close in winter?

This Is Europe’s Best City You’ve Never Heard Of

London Marathon tracker 2022: How you can follow friends and family taking part

Exclusive: VeeAlwaysHere Chats About His New EP ‘ego: Playlist I’