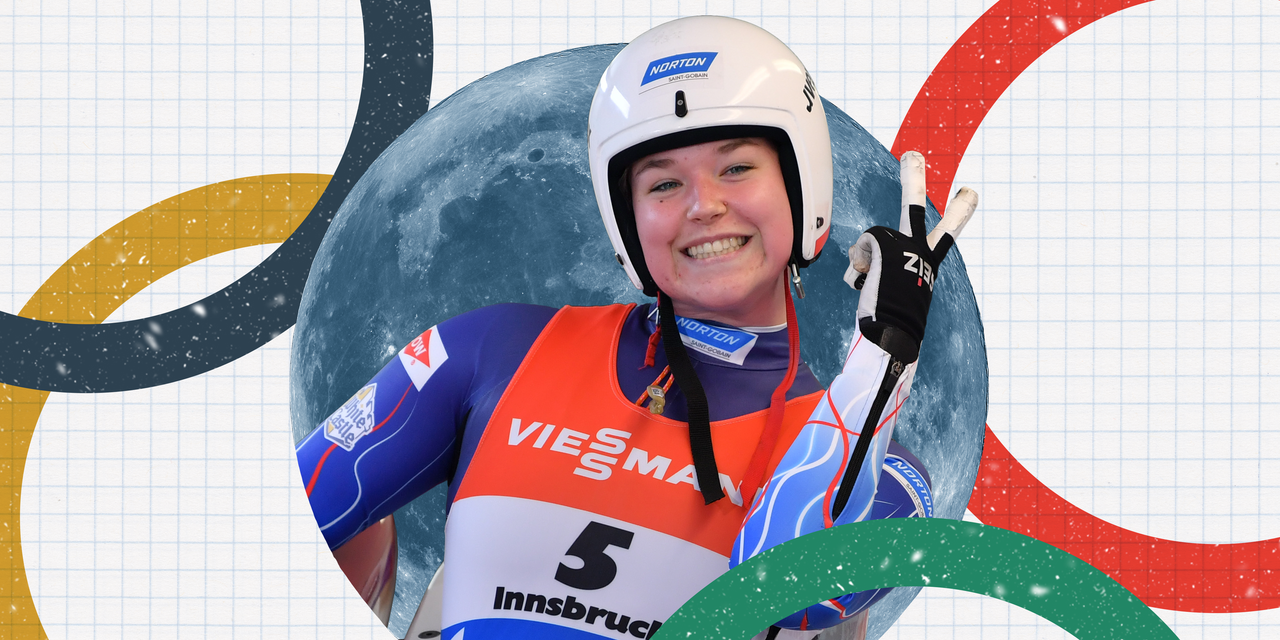 Ashley Farquharson has been luge racing for over a decade, so she’s no stranger to the stress of competitions. But this time was different.

“I’ve never been that worked up [about races] in my entire life,” Farquharson tells SELF about the World Cup series events that qualified her for Beijing. “And it was every weekend that I was feeling that way.”

Thankfully, it was all worth it: Farquharson will make her Olympic debut in women’s singles in Beijing this week—and her primary goal for the 2022 Winter Games is to have good time there.

“Now that [qualifications] are over, I’m looking to sink back into my sled and get into the groove of sliding before we go to Beijing,” she told SELF last month.

Farquharson, 22, got an early start training in winter sports. When she was just 11, she began competing in luge after watching her older brother participate in it. Both Farquharsons had the advantage of training at a world-class facility: The family’s hometown of Park City, Utah—just 20 minutes from Salt Lake City—hosted several events at the 2002 Winter Games. So the Farquharsons, like other kids in their area, took advantage of an after-school program that allowed them to train in winter sports like luge, ski jumping, and bobsled at the elite venue.

“Every Friday, they would pick us up in a van, drive us up, and slap us in some elbow pads and a helmet and send us down [the track],” she says, referring to her start in luge. The safety gear is an absolute necessity: Luge is a fast and intense sport in which athletes hurtle down an ice-covered track at an average speed of 81 mph while lying supine in a sled.

Farquharson also grew up playing soccer, basketball, tennis, and softball, the latter of which she played throughout high school. But there was just something different about the high-speed intensity of the luge—her top speed is 84 mph—that held her attention. Luge became her focus, and by the time she was 15—just four years after taking up the sport—she had risen to the top ranks of the national junior team.

Now, Farquharson hopes her decade-long history with the sport will propel her to Olympic success.

“It’s such an experience-based sport, and a lot of it is confidence,” she says. “We have two separate suspensions in our sleds to absorb all the bumps in the ice as you go down, but if you’re stiff on the sled, you’re not going to let it absorb anything, and it’s just going to slow you down. So the more that you relax and have that faith and trust in yourself, the faster you’re going to go.”

Success in her sport in Beijing would certainly be sweet, since she describes these last couple years leading up to the games as “challenging.” In 2020, the pandemic pushed back the opening of her team’s season by about six weeks, which meant the conditions in Lake Placid, New York, where they trained, were not ideal. It was so warm they couldn’t keep ice on the track, she says. That led to training cancellation after cancellation, she says. Then when the team moved on to the second half of the World Cup circuit in Germany in January 2021—they skipped the first half due to COVID-19 concerns—they weren’t used to sliding on super icy surfaces anymore. It was like relearning the sport, she says. “That really set us back.”