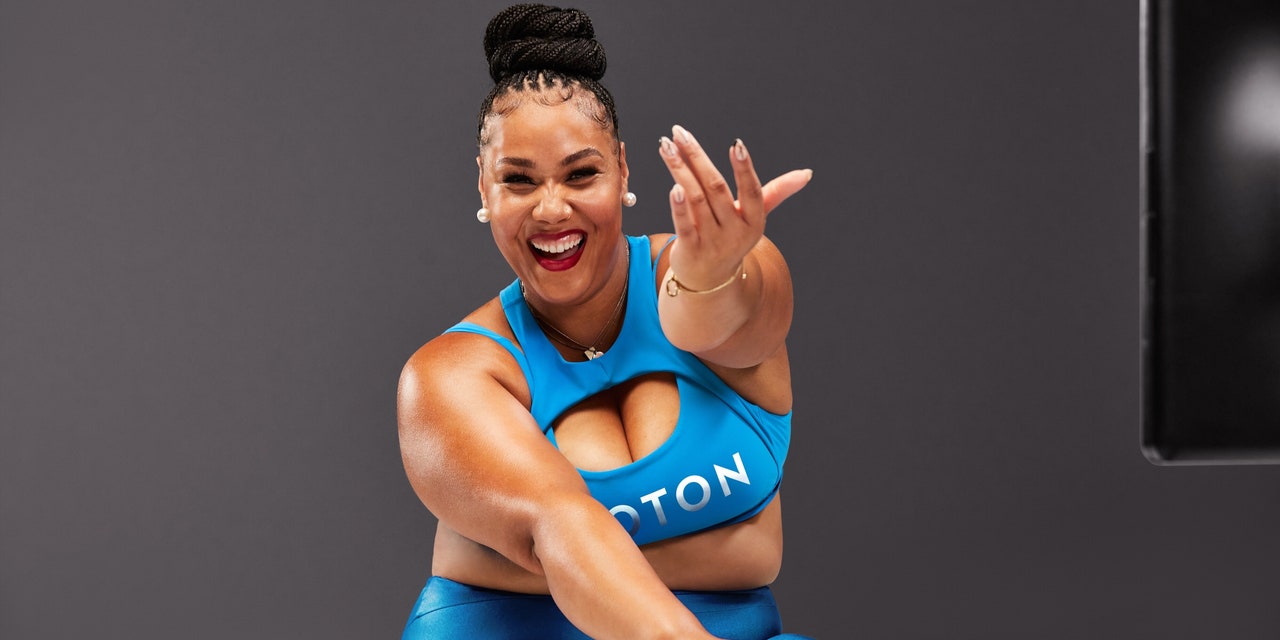 “I took a picture of myself with the Peloton ‘P’ on my chest and put it on my vision board,” she says. “I looked at that picture every day and was like, ‘I’m training for this job.’” After several interviews and auditions, Pryor got the gig.

Navigating the noise and claiming her space

Even before coming onboard at Peloton, Pryor says she mentally prepared herself for some criticism from those who still subscribe to the myth that athleticism is tied to one specific—read: thin—aesthetic.

“When you’re different or you’re the first doing something, you are cognizant that things are going to happen,” she says, referring to the negative comments.

But she hadn’t expected the level of vitriol from online trolls that surfaced once Peloton announced her debut. “I was more so taken aback by how nasty the comments were—I’ve never not liked something on social media and taken the time to write a nasty comment,” she says. “I was bracing myself, but I was also like, ‘I’m showing up.’”

In addition to outright hateful comments, Pryor also received unexpected, unsolicited labels—like, for example, “Peloton’s new plus-sized instructor”—that have prompted her to consider her physical identity in a new way as a public figure.

“There’s been a lot with me trying to figure out the language and what I want to accept and where I want to be,” she says. “I think there’s an essence of trying to reclaim the power of what the word ‘fat’ means, but that also means recognizing if someone does not utilize that word—you don’t just call them that.”

Pryor is speaking to a bigger issue in the ever-evolving world of body diversity and acceptance. While some individuals find it empowering to destigmatize historically loaded terms like “fat” or “plus-size,” employing those labels is a personal decision. Throwing them on another person may be offensive, misleading, and just plain inaccurate, ultimately detracting from the real fight for body inclusivity and identity. “You might be trying to reclaim that word, but you don’t know where someone else is,” Pryor says. “I’m not a plus-size—I don’t wear plus size clothes. So how do I represent being an in-betweener, but also leaving space for someone who truly is a plus-size person to occupy that space and share that lived experience?”

As she navigates those decisions, Pryor says the overwhelming amount of support she’s received online has made it that much easier to tune out the hateful noise.

“It’s been amazing. The amount of people from 21-years-old to 65-years-old, from all body shapes, who have finally felt comfortable saying, ‘Fuck it, I deserve to love my body and love who I am,’” she says.

While Pryor acknowledges that she’s inspired others to speak out about fat-shaming and work toward their own body acceptance, she also admits that self-love hasn’t always been easy.

In fact, she says, she continues to work on her own body acceptance practice, which includes naming her stomach (“I call her Tina—it makes her a part of me and she has a story,”) as well as reciting daily affirmations in the mirror.