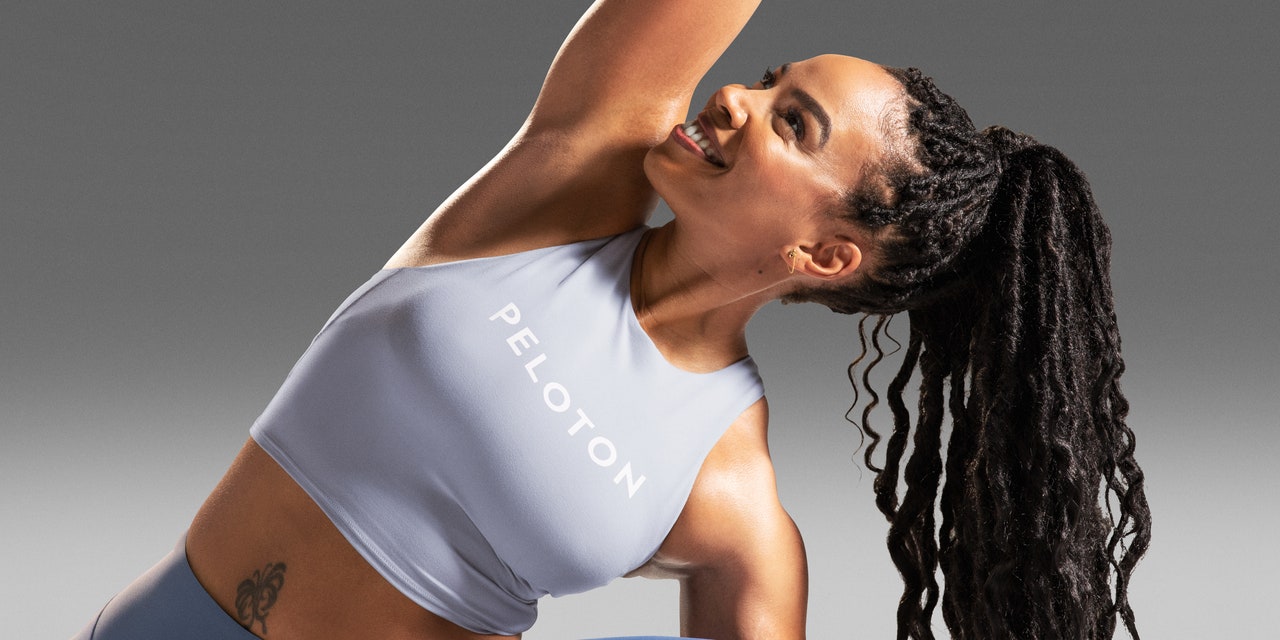 In May, yoga instructor Chelsea Jackson Roberts joined a growing club: She became the fifth Peloton coach to announce a pregnancy this year.

“It’s a running joke between me and [fellow pregnant instructor] Jess [King] at this point,” Roberts tells SELF. “She’s like, ‘Do you know how many DMs I got from people asking me what’s in the Peloton water?’”

Even before Roberts joined Peloton, the former elementary school teacher had amassed a loyal following of yogis who appreciated her accessible, creative, and compassionate style on the mat. Now, the hip hop and gospel fan is tapping into the techniques and tactics she’s taught others for decades, looking to the principles of the practice to help her navigate this new chapter of pregnancy.

Yoga philosophies have served as Roberts’s guiding light since she first stepped onto the mat 20 years ago. The Ohio native initially walked into a studio to feel more connected to her body, but when she lost her best friend to gun violence in 2004, the practice took on a whole new meaning: It helped her to move through her grief.

“Yoga supported me as I confronted the magnitude of the trauma I experienced with the loss of my friend,” Roberts says. “Yoga teaches the importance of presence and embracing the fullness of our human experiences, while also practicing patience and kindness towards ourselves. In yoga philosophy, the practice of kindness is known as ahimsa, or non-violence.”

Over the years, Roberts continued to tap into yoga for strength, community, resilience, and support as hard times arose. For instance, when she experienced a miscarriage at the end of 2021—which she shared publicly when she announced her pregnancy—she began to reread the Yoga Sutras as part of her healing process. The Sutras, which essentially serve as guidelines, outline the eight limbs of the practice of yoga: Yamas [restraints], Niyamas [observations], asanas [poses], breath control, sensory withdrawal, concentration, meditation, and ecstasy or enlightenment, as Yoga Journal describes it.

“When I read the Sutras now, they have a whole new meaning,” Roberts says. “It’s completely different than it was when I was in my early 20s.”

The principles of yoga, and the Sutras in particular, have remained central to Roberts’s growth and evolution, she says, influencing her psychological and emotional approach to facing adversity. Living through loss and disappointment—and learning to thrive on the other side—has afforded Roberts a new perspective on everything from self-compassion and community to boundaries and rest. Here are five guiding principles that help her through this new stage of life.

The principle of ahimsa is a part of the Yamas limb of the Yoga Sutras, which is often considered one of yoga’s “ethical guidelines” for moral codes. As we mentioned, ahimsa includes non-violence and non-harm, but also incorporates concepts like non-stealing, restraint, and non-avarice, according to an article published in the Journal of Religion and Spirituality in Social Work. Roberts says she now sees the concept of ahimsa in a new light, one that pertains to maintaining her own well-being.

Not So Fast, Democrats. Your Blue Wave Might Still Be a Mirage.