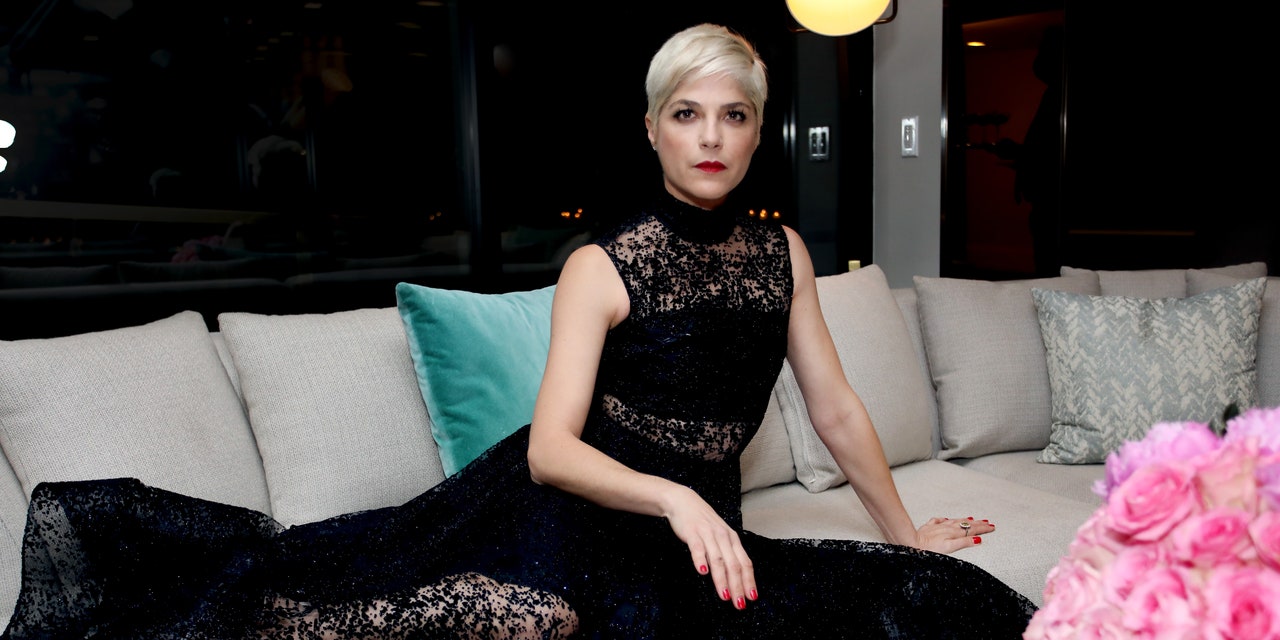 Selma Blair, 49, revealed how her alcoholism began during childhood in her new memoir, Mean Baby, which goes on sale May 17. Blair, who was diagnosed with multiple sclerosis in 2018, says she started experimenting with alcohol at seven years old and that it soon became a coping mechanism: “I don’t know if I would’ve survived childhood without alcoholism,” the actor told People in a new interview. She shared more details about her past with the outlet, which published an excerpted section of Mean Baby.

One passage explores the roots of her alcoholism, recalling her introduction to Manischewitz, a sweet wine popular in the Jewish community. “I always liked Passover,” Blair wrote. “As I took the small sips of the Manischewitz I was allowed throughout the seder a light flooded through me, filling me up with the warmth of God. But the year I was seven, when we basically had Manischewitz on tap and no one was paying attention to my consumption level, I put it together: the feeling was not God but fermentation.” Eventually, Blair established a pattern of getting “very drunk” that continued into adulthood and stopped in 2016, when she became sober.

She notes that anxiety was usually the trigger that led her to drink—“just quick sips whenever my anxiety would alight. I usually barely even got tipsy,” she writes, per People. “I became… adept at hiding my secret.”

“That’s why it’s such a problem for a lot of people,” Blair told People. “It really is a huge comfort, a huge relief in the beginning. Maybe even the first few years for me because I did start really young with that as a comfort, as my coping mechanism.”

Mean Baby also includes details about the sexual assaults Blair has experienced throughout her life, which she says was important for her to include in her memoir as part of the healing process. She explained how she felt during one attack, which took place during her twenties: “I wish I could say what happened to me that night was an anomaly, but it wasn’t. I’ve been raped, multiple times, because I was too drunk to say the words ‘Please. Stop.’”

Outside of her therapist, nobody knew she’d been sexually assaulted multiple times, Blair told People. But, eventually, therapy equipped her with the tools she needed to write her memoir, so she could share her story with a much wider audience. The experience of writing illuminated parts of her life she hadn’t considered, Blair said: “My sense of trauma was bigger than I knew. I did not realize that assault was so central in my life. I had so much shame and blame.”

The creative process also became cathartic, helping her process past traumas, she said. “I’m grateful I felt safe enough to put it on the page. And then can work on it with a therapist and with other writing, and really relieve that burden of shame on myself.”

If you or someone you love needs support due to substance use, contact the Substance Abuse and Mental Health Services Administration (SAMHSA) website or call the national helpline at 1-800-662-4357. If you have been the victim of sexual assault, you can call the National Sexual Assault Hotline at 800-656-4673 or chat online at online.rainn.org.