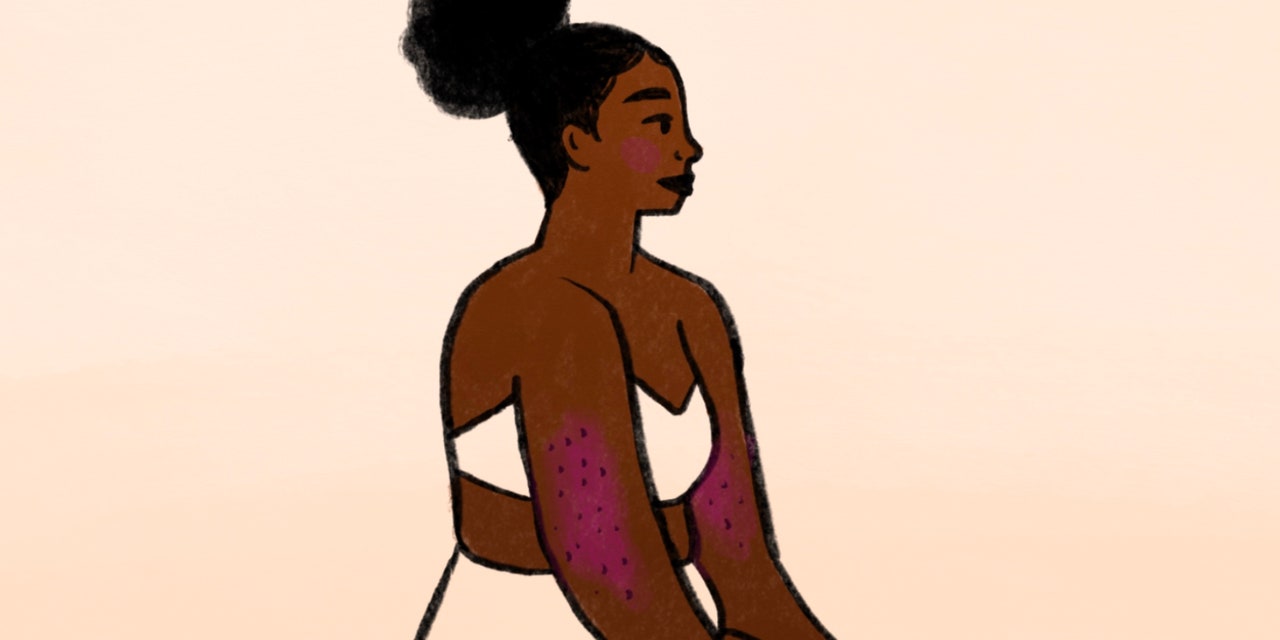 Taylor Simmons was diagnosed with eczema, an inflammatory skin condition, when she was 5 years old. Then, in high school, lighter spots contrasting Simmons’ dark skin appeared on her cheeks. This new symptom didn’t resemble her eczema at all. She would visit several dermatologists looking for an explanation before eventually learning about a growing field called “skin of color dermatology,” which finally helped provide an answer about her new skin symptoms. The journey to a diagnosis was a long and exasperating one.

Simmons says in her quest for an answer, she was first diagnosed with vitiligo, an autoimmune disease where the skin loses patches of pigmentation. Google searches of the condition looked very different from Simmons’ symptoms, so she sought a second opinion. Then, Simmons explains, she was told she had pityriasis alba, a form of eczema, only to be diagnosed with a pigmentation disease called progressive macular hypomelanosis a few years later. Each time, she says, she was prescribed a new medication, but none of them worked. Meanwhile, the spots were spreading to other areas of her face in addition to her arms and legs, and also becoming unbearably itchy.

Simmons was self-conscious about her skin and tried to hide the eczema flares and lighter skin patches as best as she could. “I didn’t wear short-sleeved shirts, tank tops, shorts, or dresses for nearly 10 years,” she tells SELF.

Frustrated, in March 2020, Simmons scheduled an appointment with Valerie Harvey, MD, a dermatologist who serves on the Board of Directors for the Skin of Color Society, a professional group promoting awareness of dermatologic health for people of color.

After taking a biopsy, Dr. Harvey diagnosed Simmons with mycosis fungoides, a type of blood cancer that affects the skin. In lighter skin, the disease manifests as red spots, so doctors who aren’t familiar with how mycosis fungoides appear on dark skin can misdiagnose the condition.

Research shows that Simmons’ experience isn’t unusual. Black people with mycosis fungoides are commonly misdiagnosed with eczema, tinea versicolor, and vitiligo, according to a 2016 review of studies published in Cogent Medicine1. This is a main reason why Black individuals usually have more advanced cases at the time of their diagnosis in addition to worse survival rates compared to other races.

Too often, people of color get misdiagnosed or have delayed diagnoses because some doctors don’t know how skin diseases appear on all skin tones, says Nada Elbuluk, MD, an associate professor of dermatology at the Keck School of Medicine at the University of Southern California.

“There are thousands of these cases,” Dr. Elbuluk tells SELF. “It happens all the time.”

Simmons’ story is just one example of the steep barriers that people of color encounter when looking for dermatologic care and treatment.

Last year, the Centers for Disease Control and Prevention called racism a major threat to public health because of its role in perpetuating health disparities. People of color often have higher rates of illness and death from various conditions, along with more severe disease courses. For instance, even though Black people are less likely than white people to develop melanoma, they’re more likely to die from the disease if they do wind up having it. The reasons for this are complex but include unequal access to high-quality health care as well as systemically limited access to resources like education and wealth, according to a report published by the American Cancer Society. But these factors are not the only contributors to health care inequities—homogeneity within medical education and the medical field plays a significant role, as well.