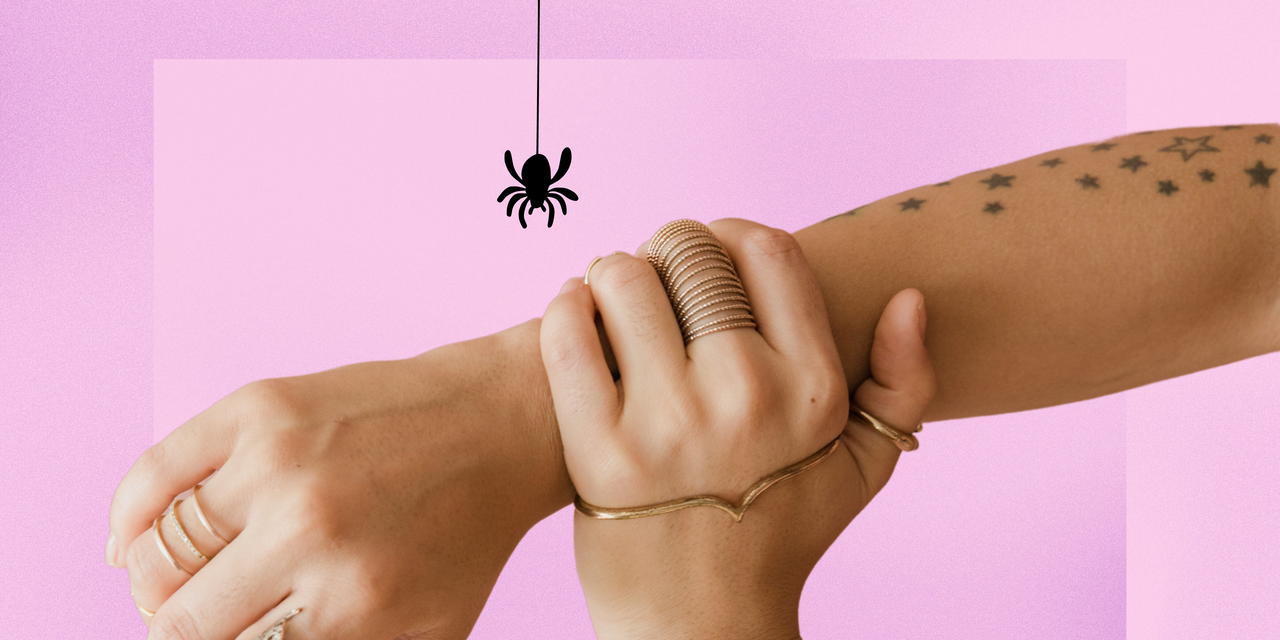 It’s easy to have sympathy for the itsy-bitsy spider if you’re not actively worried about whether its eight legs are crawling all over you—or worse, the cause of a suspicious bite mark on your body.

Before you let the mere thought of spiders spike your anxiety, know this: Most spider bites are totally harmless and only a few spider species have fangs long enough to pierce human skin. You’re also more likely to encounter a bite-happy spider when, say, digging out your seasonal clothes in the basement than when you’re outdoors on a hike, according to the Mayo Clinic.

Plus, it’s pretty difficult to identify what, exactly, bit you unless you see it in action. “Spider bites generally look very similar to insect bites or stings,” Craig Mittleman, MD, FACEP, the emergency department director at Lawrence + Memorial Hospital in Connecticut, tells SELF. This can be especially confusing when the weather is still mild enough to expect bites from pesky critters like mosquitoes and ticks.

That said, there might be a few signs that you’re dealing with a spider bite specifically. Here are the symptoms to keep on your radar, plus when you should consider seeing a doctor.

What are the potential signs of a spider bite?

First, it’s worth noting that the majority of spiders have zero interest in biting you, according to the American Osteopathic College of Dermatology (AOCD). Case in point: There are more than 3,500 types of spiders in the US alone, but only about 50 actually bite humans when they feel threatened. Of those biting spiders, only two have venom that is poisonous to people—the black widow and the brown recluse—so most bites usually aren’t a cause for concern.

But let’s say you’re pretty positive you have a spider bite, and you’re feeling a bit unsettled by that possibility. Generally, spider bite symptoms can vary depending on the species, but here’s what to look out for:

If you look closely, you might be able to see two puncture marks near the suspected bite spot. “These are made by the fangs piercing the skin,” Eric Ascher, DO, family medicine physician at Lenox Hill Hospital in New York City, tells SELF. Sometimes these are visible, and sometimes they’re tricky to see with the naked eye.

2. An itchy bump or a gnarly rash

The appearance of a potential spider bite rash depends on the type of spider involved, says Dr. Ascher. If it’s a nonvenomous spider bite, you might have a simple, itchy bump on your skin. It might even go unnoticed, depending on the location.

But if you’re bitten by a venomous spider—like a black widow or a brown recluse, both of which can cause necrotizing wounds—your rash will be difficult to ignore and may even warrant a trip to the ER. “It may present as a blister with pus, an area of hardened skin, or a bull’s eye patterned bruise with an outer dark ring around a central dark ring,” he says. Sometimes, these skin symptoms take time to appear. In the case of a brown recluse bite, for example, you may not see an ulcerated wound develop for seven to 14 days after the bite.1

The rash caused by a spider bite will likely take on a different color from your surrounding skin. This all depends on your complexion and the type of spider that may have bitten you. For instance, if you have a lighter skin tone, a harmless spider bite will likely cause red or pink discoloration. If you have a darker skin tone, a nonvenomous might look reddish-brown, says Dr. Ascher.

Migrants encounters drop to 150,000 in January, lowest since early 2021: sources

Child from Manhattan, woman from Queens invited guests at SOTU

Earthquake that hit Türkiye one of largest inland quakes in world: Expert

Could Sustainable Investing For Retirement Increase Or Decrease Your Investment Returns?