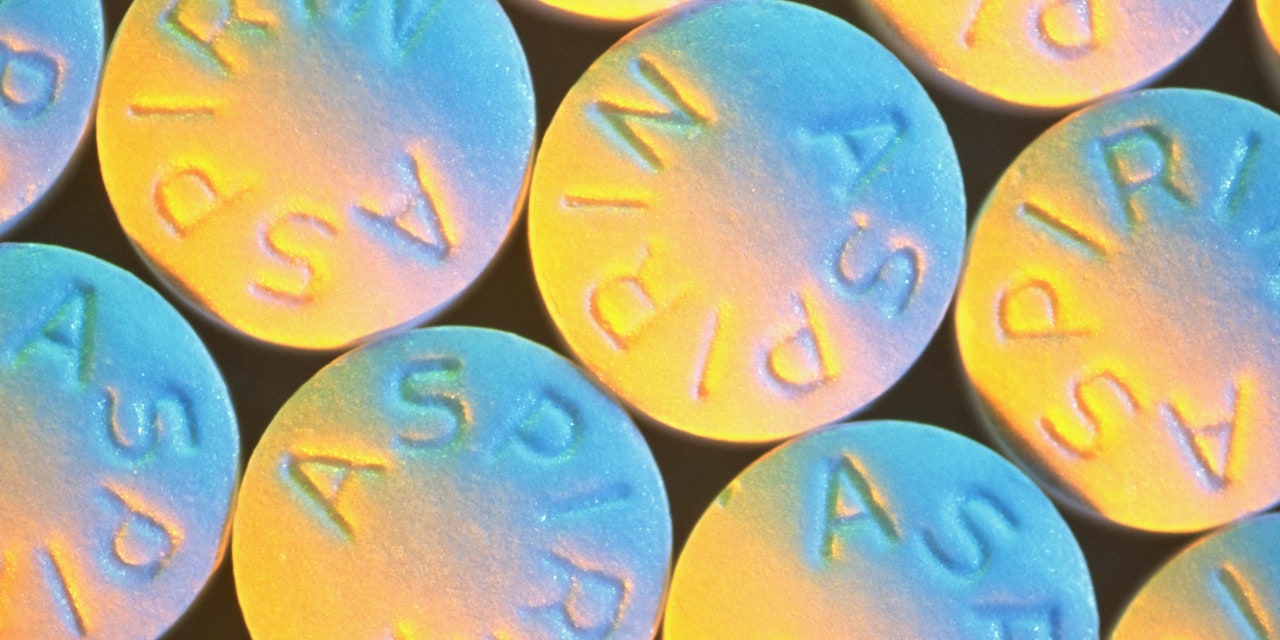 Taking low doses of aspirin daily to promote heart health has long been common practice in the U.S. for older adults, but experts are now rethinking that strategy. This week, the U.S. Preventive Services Task Force (USPSTF) released new guidance recommending that most people over 40 don’t take preventive daily aspirin without their doctor’s recommendation—and that people over 60 avoid doing so altogether.

The new draft guidelines from the USPSTF, an independent panel of experts whose conclusions help guide health policy and medical practice, are based on a growing body of evidence showing that, in many cases, the risk for bleeding from taking low-dose aspirin (100 mg or less) outweighs the small potential benefits. Those possible benefits may include reducing the risk of cardiovascular disease (CVD), such as heart attack and stroke. From here, the public can provide comments on the draft until November 8, 2021. Then the USPSTF will consider those comments and eventually post its final version of the new recommendations.

This is a major departure from the task force’s previous stance on the effectiveness and safety of taking low-dose aspirin for heart health. In 2016, the USPSTF recommended that adults ages 50 to 59 with a  10% or greater 10-year CVD risk (but no history of CVD) start taking low-dose aspirin to lower their risk of CVD and colorectal cancer (CRC). They also said that for adults ages 60 to 69 who have an elevated risk for CVD, the decision to take daily aspirin should be an individual one made with their doctors. They also concluded at the time that, for people under age 50 and over age 70, there was insufficient evidence to make recommendations either way.

Now, the task force says that among adults ages 40 to 59 who have an elevated 10-year risk of developing CVD but no history of heart issues, the decision to begin taking low-dose daily aspirin to help prevent heart disease “should be an individual one.” The USPSTF can say with “moderate certainty” that doing so only has a “small net benefit,” according to the draft guidelines. (A person’s predicted odds of developing heart disease in the next 10 years is calculated using risk factors like the person’s age, race, cholesterol levels, blood pressure, and smoking status.)

And among adults age 60 or older, the task force is now advising against the practice because the experts concluded, again with moderate certainty, that it has no net benefit. The new recommendations also pull back on another assumption, endorsed by the USPSTF in 2016, that low-dose aspirin reduces the risk of getting or dying from CRC—and now conclude that the evidence here is “inadequate.”

To draw its conclusions, the USPSTF looked at the evidence from new randomized controlled trials, follow-up data analyses from long-term population studies of people taking aspirin to lower their risk for cardiovascular disease, and modeling data computed from findings of real-world studies. The experts evaluated not only whether the aspirin provided people with heart health benefits but also weighed those benefits against the negative effects observed (such as the increased risk of bleeding) that can develop after long-term aspirin use.

The task force found adequate evidence that low-dose preventive aspirin has a “small benefit” for reducing the risk of heart attack and stroke in adults over age 40 who have no history of CVD but are at increased risk. The more likely it is for someone to have a CVD event in the next 10 years, the greater the benefit the aspirin is likely to have. However, the body of evidence also shows that aspirin does not lower the risk of death from CVD or other causes.