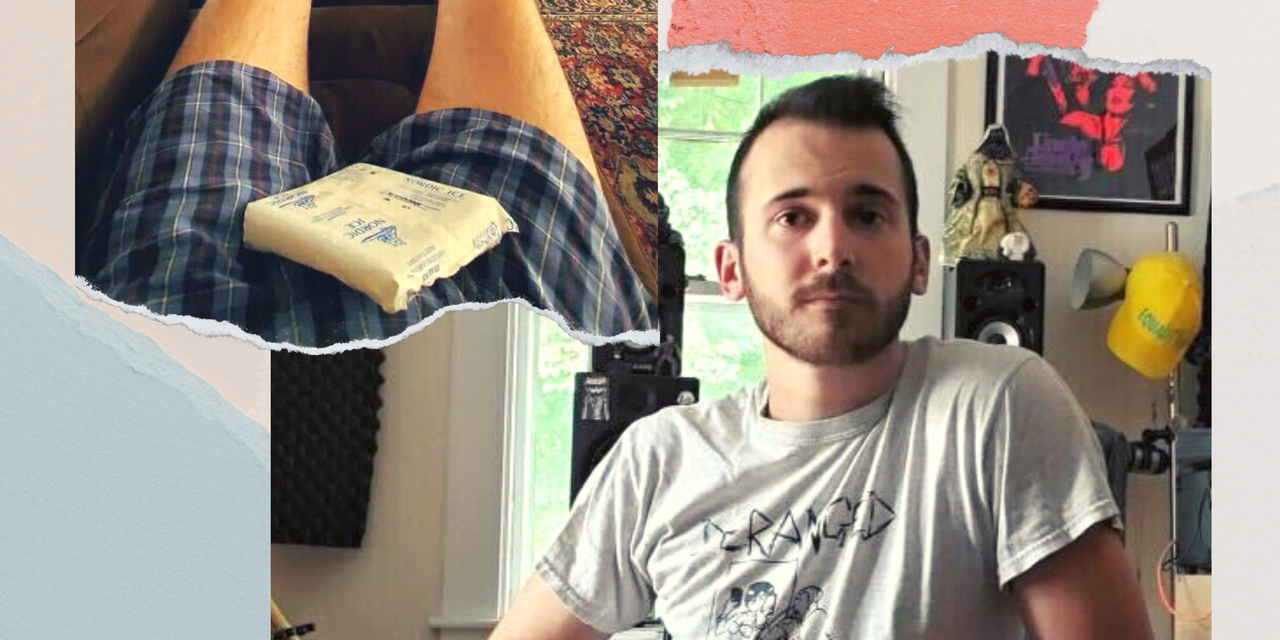 Spenser Cattin, 30, has never wanted children and said he first thought about getting a vasectomy eight years ago. He talked about the procedure with his partner, who also doesn’t want children, numerous times over the years, but didn’t take action until October 2021. At that time, Cattin talked to his primary care doctor for referrals to a urologist and had a consultation within the month.

In mid-May, Cattin finally scheduled his vasectomy appointment, which coincided with the leaked draft of the decision that overturned Roe v. Wade. Although Cattin had wanted a vasectomy for years, he says the news about Roe solidified his decision. Cattin had the procedure on June 30 (just days after Roe was officially overturned) and publicly shared his experience on Facebook.

Below, read Cattin’s story as told to SELF’s associate health director Melissa Matthews. This interview has been edited and condensed for clarity.

When the Supreme Court’s draft opinion first came out, there was a thought nagging in the back of my head that said, “They came for everyone else, and when they came for me there was no one left to speak out.” I felt like I was watching time go backward. Being a cisgender white male, there has never been much of a threat to my bodily autonomy. That was a big part of me wanting to get the vasectomy done sooner rather than later. After the ruling, I was chomping at the bit waiting for my already-scheduled appointment to get it done.

For me, accountability was a big reason I chose to get a vasectomy. I’ve had conversations with new partners in the past about birth control, but no one has ever asked me if I have had a vasectomy. It takes two people to conceive a child, and all of that responsibility shouldn’t be put on one of those two people. I was also reading that it could become harder for someone with a uterus to acquire certain types of birth control like IUDs. For me, it would almost feel irresponsible not to do something when I felt like having a vasectomy was a simple option.

Having the procedure has been eye-opening in ways that I didn’t really expect. My consultation lasted about five minutes, and I only remember being asked if I had kids. In comparison, I know women in their 40s whose doctors told them to hold off on getting their tubes tied in case they want kids. You don’t realize how easy you have it until you get something done really simply that isn’t available to other people. I wondered why it couldn’t be easy for everyone.

On the day of the procedure, I was told that someone needed to drive me to and from my appointment, but no other preparation was involved. I didn’t feel nervous at all. I had more trepidation about taking vacation time off work than I did about having a vasectomy.

The whole procedure, from local anesthesia to walking out the door, took about 30 minutes. I went in, was given local anesthesia, and the doctor asked if I wanted a play-by-play of the entire procedure. He was very calm and explained that some people prefer to know every step while others find that worrisome. I’m the type of person who wants to know what’s happening, so the urologist explained the process in detail. He made a small incision on one side, cauterized my vas deferens (the tubes that carry sperm), and did the same on the other side. Then, I put on a jockstrap that contained gauze and was told to wear that for 48 hours, meaning I couldn’t shower for two days. As I was leaving, I felt like a weight was lifted off my shoulders because I no longer had to worry about having kids.