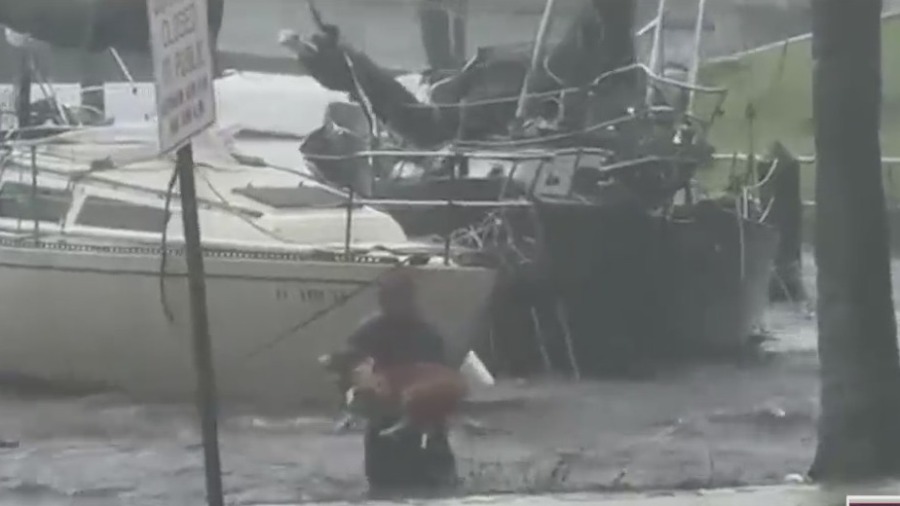 FORT MYERS, Fla. (WFLA) — A dog caught in the middle of Hurricane Ian was rescued by two good Samaritans Wednesday.

Video taken by a News Nation crew showed a man in Fort Myers wading in floodwaters while carrying a dog out of a marina.

After getting out of the water, the man and the dog ran toward the news crew, upon which News Nation reporter Brian Entin helped by taking the dog’s lease while the man went back for a cat.

“It’s a totally different situation now along the water. Many of the sailboats are on their sides … the masts have snapped,” Entin said. “It’s just terrible what’s happening down here.”

Fort Myers was one of the areas hit hardest by Hurricane Ian as it made landfall Wednesday, with floodwaters engulfing entire parts of the city.

One photo taken of the flooding showed water up to a woman’s rooftop, almost completely submerging the residents.

Other areas, like Naples, saw heavy flooding as well to the point where a group of firefighters had to wade through the water at their own station.