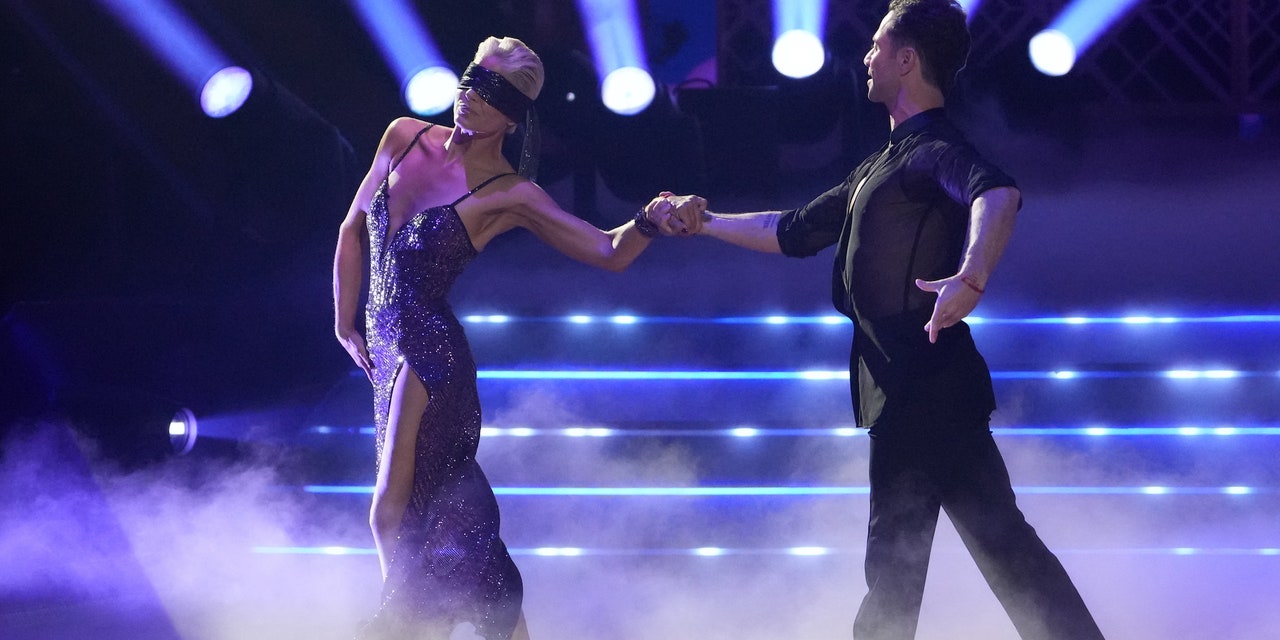 Selma Blair danced blindfolded to “For Your Eyes Only” by Sheena Easton on this week’s episode of Dancing With the Stars, and she says the “challenge” was actually “comforting”—a “spiritual, emotional boot camp.” Her partner, Sasha Farber, who guided her through the performance, thought of the idea after he noticed Blair tends to close her eyes while rehearsing.

“Dance is a feeling,” Farber said. He noticed that when Blair wanted to feel comfortable, she would “close her eyes a lot when she would feel a disconnection from her brain into her body.”

That’s where the blindfold came in. “I figured, let’s give this a go. Let’s blindfold her for the whole dance and see…Take her vision away so we would enhance the feel of the message from the brain,” Farber said, per Entertainment Tonight.

“Sasha is never far from me,” Blair noted. “But it was a way to not have too much sensory overload in my head, because it’s exciting and there’s so much going on and people moving, so it was a way to buffer it.”

Blair, who has been open about living with multiple sclerosis since her diagnosis in 2018, said she often does this even while completing day-to-day tasks. “I do find that I shut my eyes and it makes me center a lot more. So I kinda calm down,” the 50-year-old actor said. “I was doing it before in life, just the way I would approach things would really raise my nervous system. I can get really quickly kinda frantic because I get overwhelmed, or maybe that’s just my personality or sort of attention span with some things.”

Blair also shared this week that she often passes out, and that she recently fainted before a rehearsal. Farber said he told her to take the day off but that she wanted to continue practicing. “The thing is, I pass out a lot,” Blair told Entertainment Tonight. “It’s part of the reason I have Scout [her service dog], and it doesn’t mean I lose consciousness [or] it’s a whole ambulance experience. It’s something that I lose my vision, gravity pulls me down, and I’m very disoriented and gone for a spell.” Earlier in the season, she also said she worried her body would involuntarily freeze during a performance.

In an interview after Monday night’s routine, Blair spoke about how the blindfold made her feel connected to her late mother, to whom she dedicated her performance. She said even though she “can’t see her,” she felt her presence, adding that “the blindfold was a double meaning to me.”