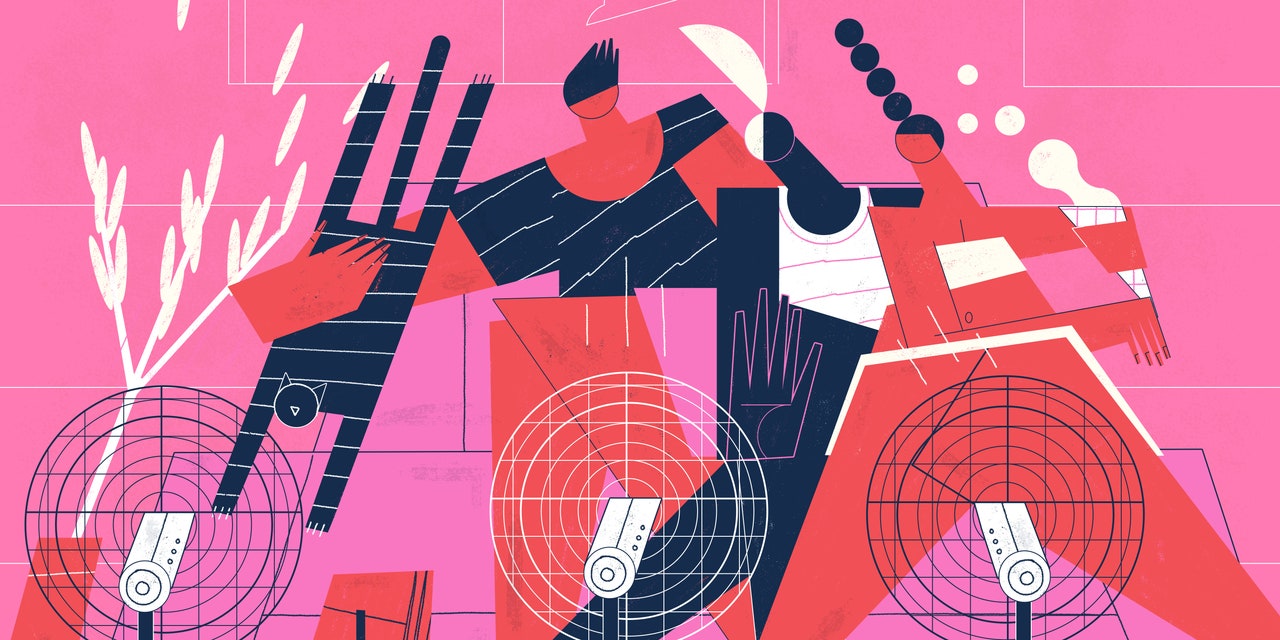 At this point, it may be easier to count how many regions across the United States are not experiencing major heat waves this summer. Austin, which is hot in any given year, has been breaking temperature records over and over again. The heat wave roiling through the Northeast is set to break record-high temps in Philadelphia, New York City, and Boston. On July 6, The New York Times reported that somewhere around 70 million people in the U.S. were under heat advisories or warnings.

So it’s safe to say: It’s extremely hot out there. And while we know the effects severe, prolonged heat can have on our physical states—excessive sweat, increased risk of dehydration, and heat exhaustion or heat stroke, among others—these sweltering temperatures can also have significant effects on our mental well-being, too. Namely, the heat can make many of us exceedingly cranky and, in some cases, downright angry.

It may come as a comfort to know, however, that your desire to throw a little tantrum each day that pushes 100 degrees is totally valid, experts say.

“As temperatures rise, we can become more emotional and angrier,” Joshua Klapow, PhD, clinical psychologist and creator of Mental Drive, tells SELF. “But only as we move from relative comfort to relative discomfort. As we become more physically uncomfortable, our ability to manage our emotions is diminished.”

Dr. Klapow adds that your nervous system releases adrenaline and other “fight or flight” chemicals to try to manage a higher temperature, which your body understandably perceives as a threat. “So, the hotter our bodies get, we lose our ability to manage impulses associated with that discomfort,” he explains. “We become more impulsive emotionally because we are focused on regulating our bodies.”

Some research backs this up. One 2021 meta-analysis and review of research, published in the journal Environment International, found a correlation between higher average temperatures and poor mental health outcomes, suggesting that there’s a slight (2.2%) increase in mental health-related mortality per every 1.8 degrees Fahrenheit rise in temperature. The authors of the paper note studies have found that mental health–related hospital admissions and emergency department visits for mental health conditions like anxiety, depressive disorders, schizophrenia, and others increased with high temperatures.

As Dr. Klapow explains, your coping abilities—or lack thereof in certain scenarios—are mostly tied to just feeling not-so-great in your own body. So when it’s approaching 100 degrees in New York City for days on end, residents who are stuck waiting for a train on a painfully hot subway platform may find themselves in the mood to lash out as a result.

“Our bodies work to adapt to the climate we’re in,” Dr. Klapow says. “As our physical environment changes—i.e., temps rise or fall—our body is working to adapt. That effort takes away from our ability to emotionally regulate. And as the environment we are in changes significantly, via heat waves or freezing temps, we are thrown into a state of having to adapt.”

Given the reality of climate change, we know that hotter summers are here to stay—and will get even hotter. But the next time you find yourself picking a fight on yet another record-breakingly hot day, feel free to blame the heat. It’s just science.