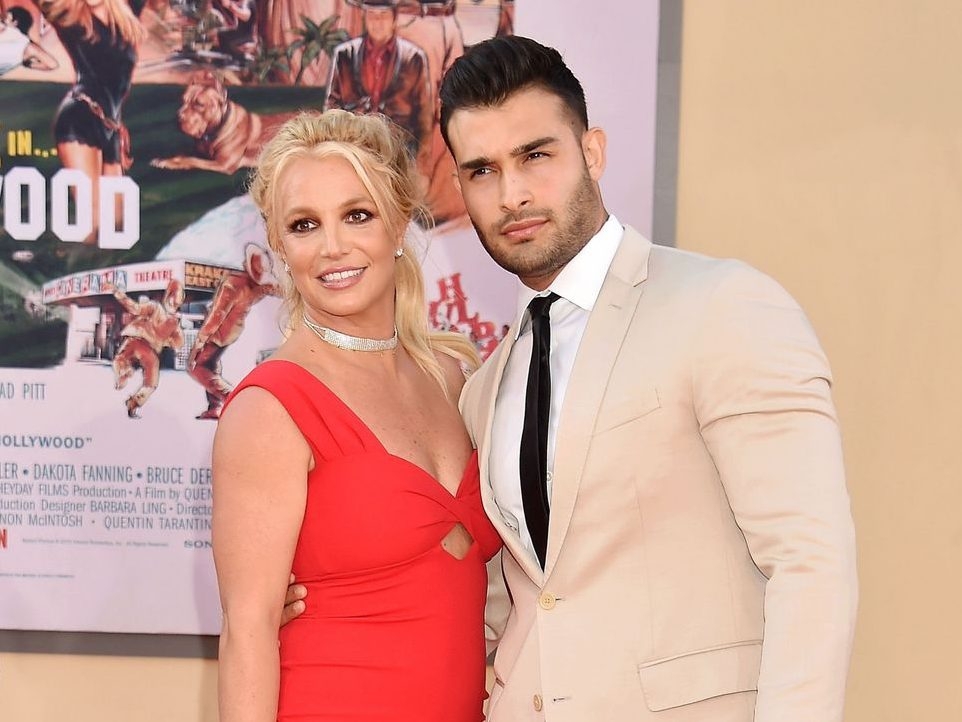 Britney Spears is “saddened” after her ex-husband publicly revealed their sons haven’t seen her “for months.”

The ‘Gimme More’ singer has spoken out in response to an interview given by Kevin Federline, in which he claimed sons Sean Preston, 16, and Jayden 15, had “decided” they didn’t want to see their mother or attend her recent wedding to Sam Asghari, and suggested the teenagers were embarrassed by her revealing Instagram posts.

Spears has now responded via her Instagram Story, admitting the comments were “hurtful.”

She wrote: “It saddens me to hear that my ex husband has decided to discuss the relationship between me and my children … as we all know, raising teenage boys is never easy for anyone … it concerns me the fact that the reason is based on my Instagram … it was LONG before Instagram … I gave them every thing … Only one word: HURTFUL … I’ll say it … My mother told me ‘You should GIVE them to their dad’ … I’m sharing this because I can … Have a good day folks!!!”

Asghari has also hit out at Federline over his comments, branding him “irresponsible” and insisted there was “no validity” to his claims.

He shared a statement online which read: “To clarify my wife has never posted a nude selfie except of her butt which is quite modest these days. All other posts were implied nudity which can be seen in any ad for lotion or soap.

“There is no validity to his statement regarding the kids distancing themselves and it is irresponsible to make that statement publicly.”

The fitness trainer went on to take a swipe at Kevin for having not “worked much in over 15 years” and questioned why the former dancer had praised Britney’s estranged father, Jamie Spears, and backed her being under a conservatorship for so long.

He continued: “The boys are very smart and will be 18 soon to make their own decisions and may eventually realize the “tough” part was having a father who hasn’t worked much in over 15 years as a role model.

“I do not know him personally and have nothing against him aside from choosing to vilify my wife. His character is revealed by approval of the cruel 13 CShip and his loyalty to Jamie indicates his approval at time of conception as well.

“Things that are now considered normal issues and behaviour were magnified to justify a 13 year prison sentence. Anyone approving of it is wrong or benefiting from it somehow. I will not comment on this matter again except to say I have a job.”

In an interview for ITV News released by the Mail on Sunday newspaper, Federline – who also has Kori, 20, and Kaleb, 18, with Shar Jackson and Jordan, 11, and Peyton, eight, with wife Victoria Justice – claimed he “didn’t feel comfortable” with some of his ex-wife’s recent behaviour.

“The boys have decided they are not seeing her right now,” he said. “It’s been a few months since they’ve seen her. They made the decision not to go to her wedding.

“There were a lot of things going on that I didn’t feel comfortable with. They tried to give her the benefit of the doubt but at the same time, I can tell that sometimes, it hurts to be in that position.”

The ‘Circus’ singer was placed under a conservatorship governed by her father Jamie in 2008 following a public breakdown and – while the ruling was reversed by a Los Angeles court in 2021 thereby giving Britney control over her multimillion-dollar fortune and other aspects of her life – Federline argued that the arrangement actually “saved” her life.

“I saw this man that really cared, and really cares about his family and wanting everything to be OK,” he added. “When Jamie took over, things got into order. He saved her life.”

Escaped inmate from Connecticut captured at his birthday party in Georgia