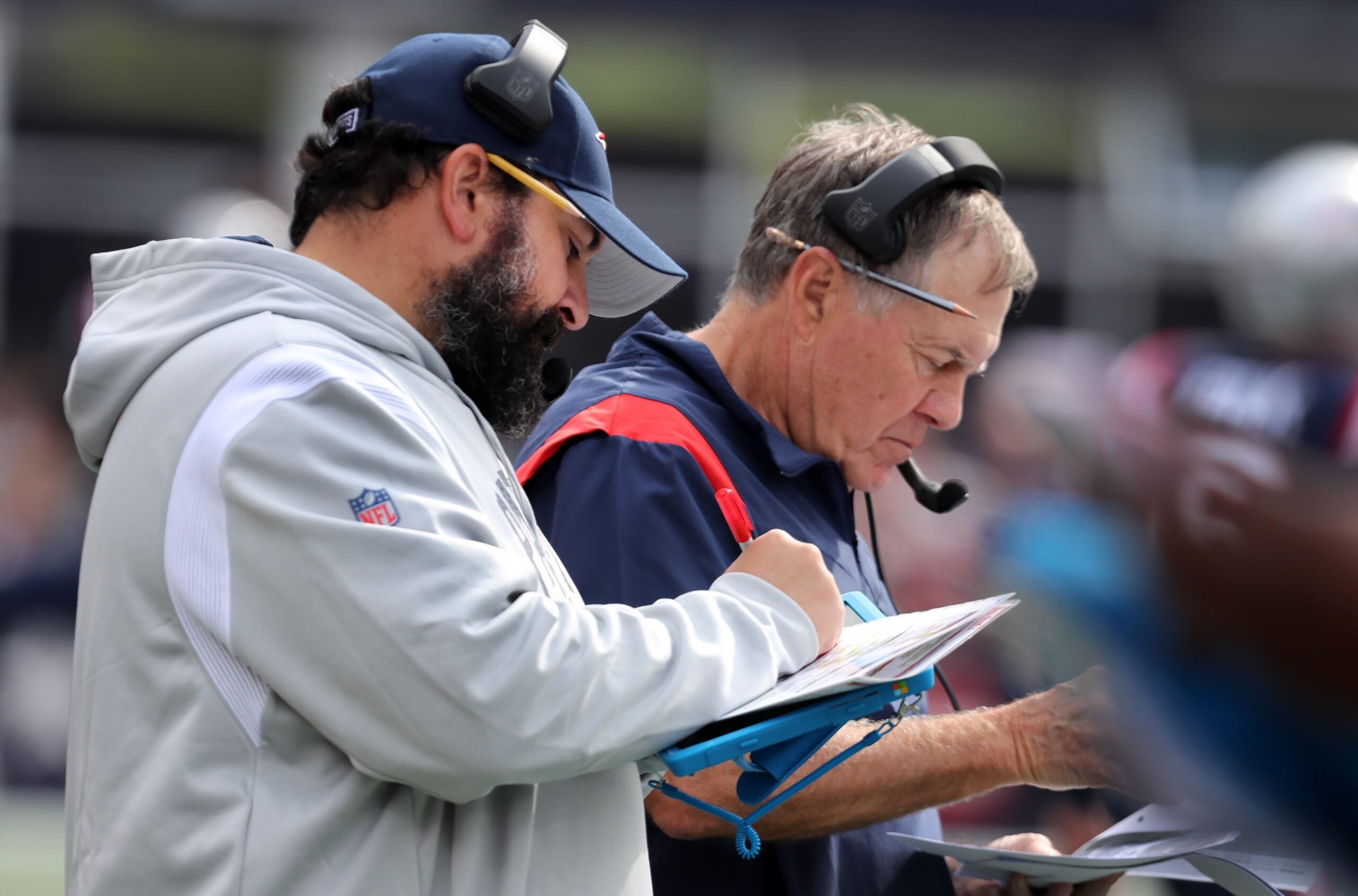 After a weeks-long hiatus, the Patriots’ offensive play-calling situation came up again during Bill Belichick’s press conference on Friday.

Offensive line coach and senior advisor Matt Patricia has appeared to be the play-caller following the departure of longtime offensive coordinator Josh McDaniels this past offseason. As Patricia and the Patriots prepare for the Lions, Belichick fielded a reporter’s question about how well Patricia has done so far in his new role.

“Again, we’ve talked about the entire offensive staff,” Belichick responded. “So, I wouldn’t characterize it quite the way you did. But that’s fine.”

A reporter followed up by asking whether Patricia should be called the Patriots’ offensive play-caller.

“Call him whatever you want,” Belichick said.

Belichick was then asked how would he characterize the situation.

So, who is calling the offensive plays then?

“We’ve talked about this ad-nauseam,” Belichick said. “Maybe we could take notes this time and just say that I’m responsible for all of it, which is what I’ve said from Day 1. That’s what I continue to say. There hasn’t been any change in that. I’m responsible for what is called and what’s not on the field.”

After the tense exchange, Belichick gave his overall assessment on the Patriots’ offensive coaching staff and players through the first four games.

“We’re getting better as a team,” Belichick said. “We’re not where we want to be. We’ve got a long way to go — have some things we need to do better.”

Patricia’s role with the Patriots’ offensive coaching staff was one of the top headlines in training camp and the preseason. New England’s offense struggled through many training camp practices and preseason games as a new offensive system appeared to be implemented.

Through the first four weeks of the season, the Patriots rank 19th in total offense and have scored 16.8 points per so far.

Nobel Laureate on Human Rights in Russia: “We are now outlaws”

Jaime Pressly: 25 Things You Don't Know About Me!