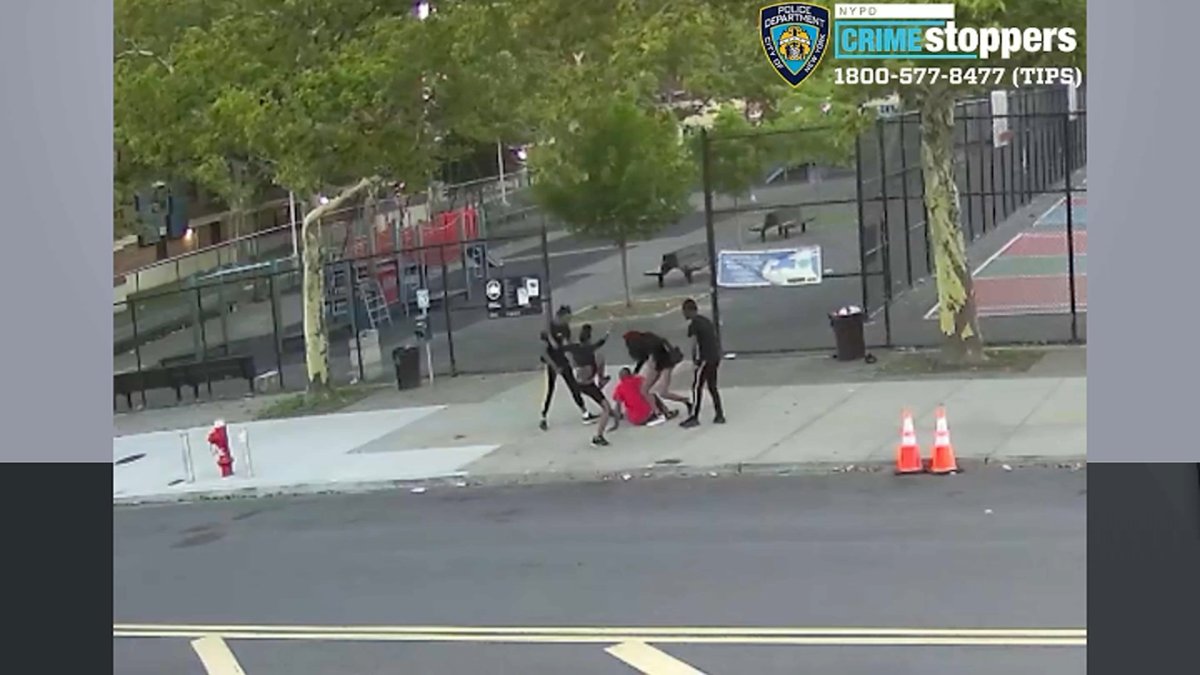 Police released new video of a group of suspects wanted in the deadly beating of a cab driver in Queens.

Kutin Gyimah was dropping off five passengers near Arverne Project and Beach 54 Street in the Rockaways just before 6:30 a.m. Saturday, when they tried to skip out on the fare, authorities said. He chased them down, which is when police said the group ganged up and attacked him, causing him to fall and hit his head on cement.

The 52-year-old was taken to St. John’s Hospital, where he later died.

There are five suspects in all, and police have identified one as 20-year-old Austin Amos. Each of the suspects is a teen or young adult, with some as young as 13 to 15 years old, according to police.

A $15,000 reward has been offered for information that leads to an arrest. No arrests have yet been made, and an investigation is ongoing.

Anyone with information is asked to call Crime Stoppers at 1-800-577-TIPS.

We Need a Little Christmas (Music)