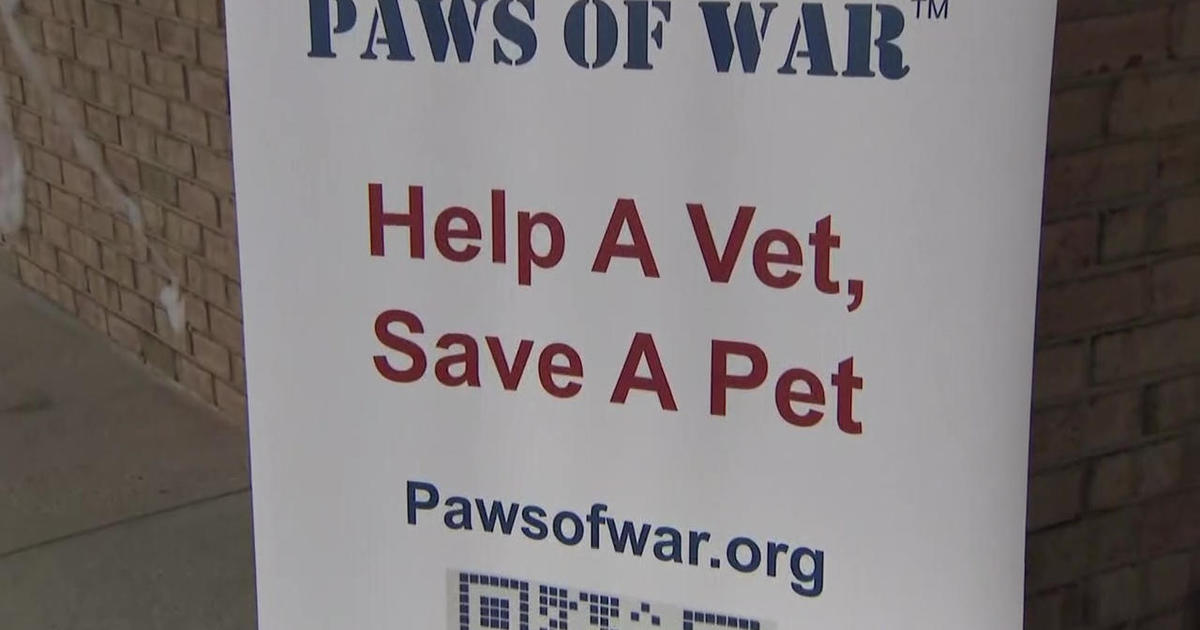 NESCONSET, N.Y. — Rescued puppies arrived Thursday on Long Island, where they will soon find forever homes helping those who have served our nation.

As CBS2’s Carolyn Gusoff reported, the pups were saved from deplorable conditions.

It was a special delivery. A half-dozen puppies were plucked from abominable conditions. Their two pregnant moms will soon join them.

Sheriff deputies in Kentucky found them abandoned in a condemned house in sweltering heat with no food or water.

“If they were left there, they wouldn’t be alive today. This little 8-pound baby will probably change and save someone’s life,” said Robert Misseri, co-founder of Paws of War, which has placed hundreds of rescued dogs from unlicensed breeders as service or companion dogs for veterans and first responders.

Yorkie mix puppies are rare small dogs often requested. Military veteran Francesco Tsontakis-Mally will have the pick of the litter to help him with PTSD, developed during three tours in Afghanistan.

“The fact that they can sense that, come over, calm you down, and get you out of that head space that veterans get in, I think it’s greatly appreciated, and I think I definitely need it,” Tsontakis-Mally said.

A bill on the governor’s desk, which is under review, bans the retail sale of animals in pet stores. It is opposed by the industry that denies mistreatment.

“Sanctioning the torture of animals in order to maintain a business is not an acceptable answer. That’s what’s happening right now,” Gianaris said.

The 3-month-old pups will be trained for a year and a half. Ruby was neglected and is now her veteran’s life saver.

“Most of the time, before I’m going to have an anxiety attack, she’ll know before I do,” Coast Guard veteran Michele O’Brien said.

“That’s what our motto is, helping both ends of the leash,” said Keli Porti of Paws of War.

While some of the puppies will be adopted immediately, Paws of War is still accepting applications that will take some time while they find the perfect fit.

For more information on how a veteran or first responder can apply to adopt one of the adorable puppies, please check out PawsofWar.org or call 631-406-6595.

Carolyn Gusoff has covered some of the most high profile news stories in the New York City area and is best known as a trusted, tenacious, consistent and caring voice of Long Island’s concerns.