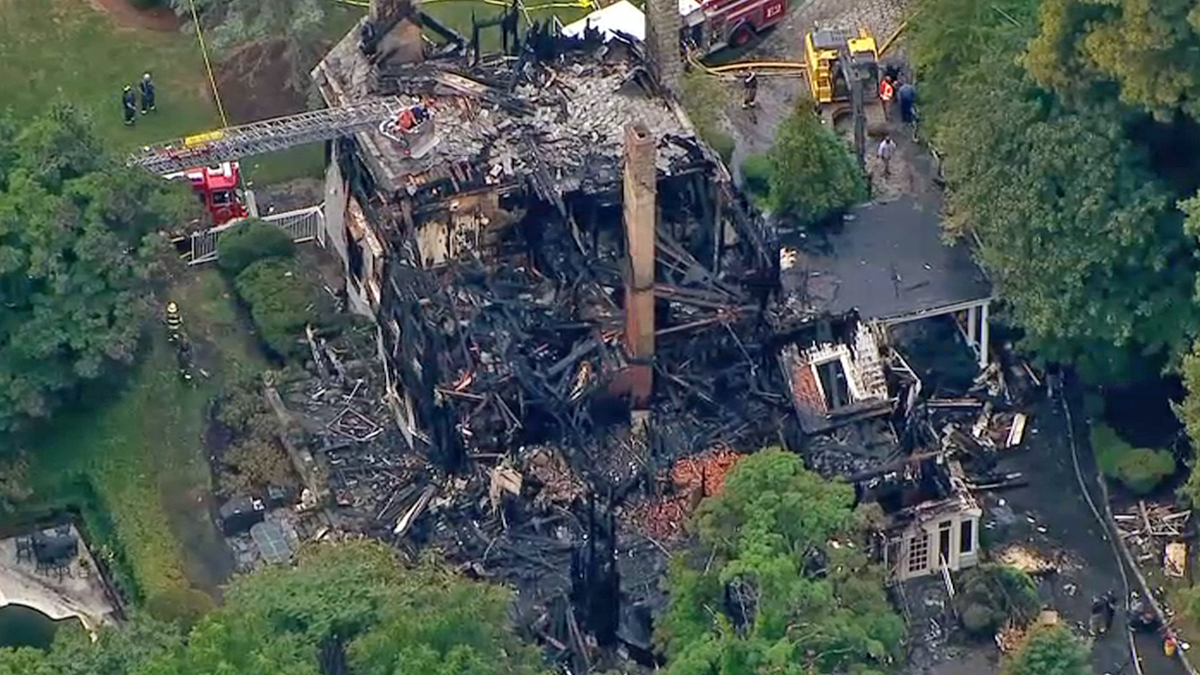 Robert and Gemma Ricciardi were still missing more than a day after their New Jersey estate caught fire and burned down to its foundation early Friday morning.

The husband and wife, both in their 80s, were feared dead hours later after all that remained of the Morris Township residence off Normandy Heights Road were the remnants of a once sprawling estate.

Firefighters tried to get the flames under control for hours in hopes of getting inside to find any potential survivors, but were unsuccessful. Once the sun came up Friday, it was clear most of the home was gone.

Photos from the scene showed much of the structure had collapsed. Even the still-standing walls, and the chimney, looked like blackened relics of what may have once been used to hold up a home.

The Ricciardi couple, of the family-run paint supply stores, were presumed dead late Friday but had not been recovered as of Saturday morning.

“I have no words to say except that they’re the two greatest people in the world and that they don’t make people like them anymore,” Tommy Casanola, the couple’s godson, said.

The cause of the fire remains under investigation.