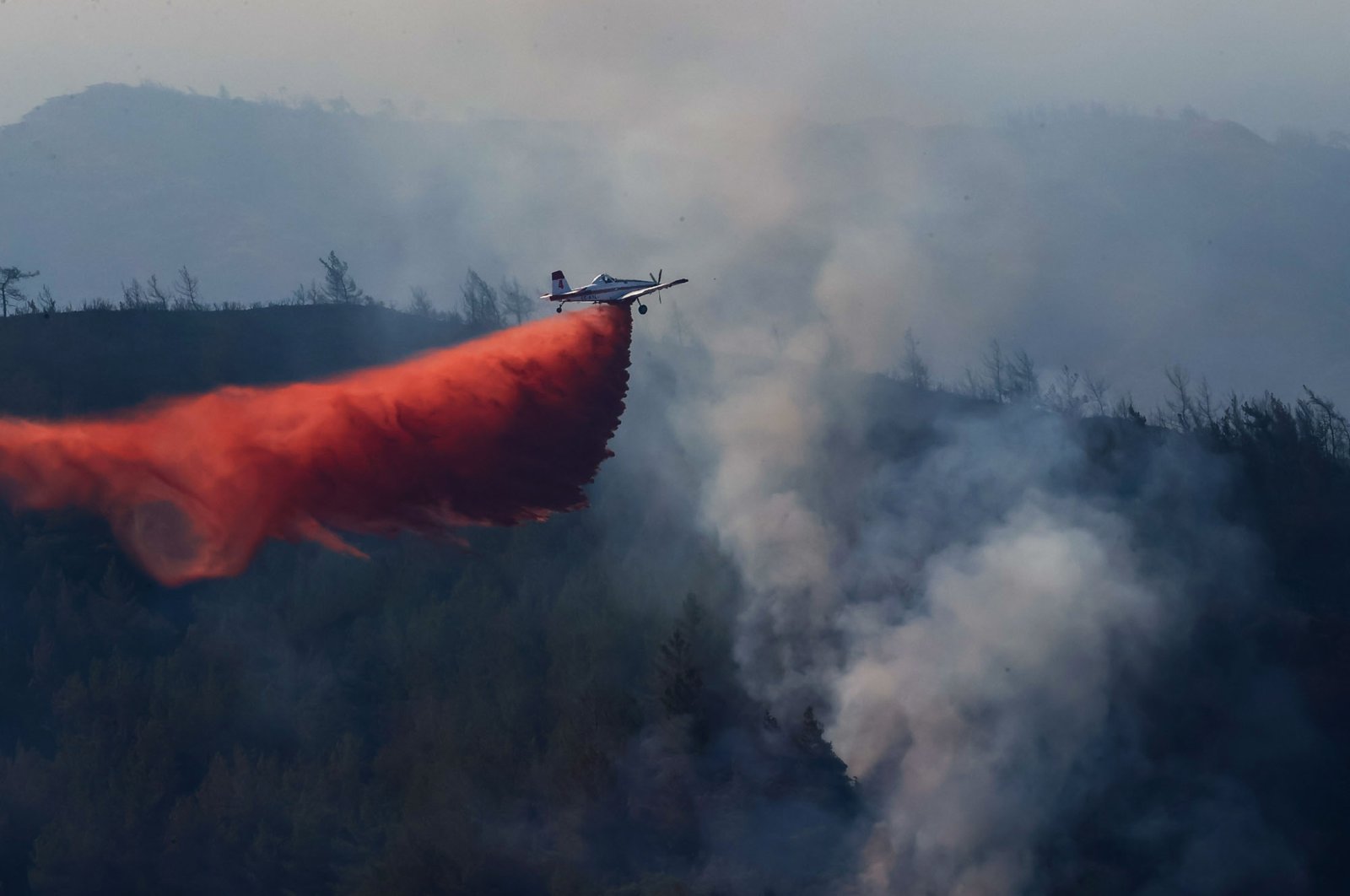 Interior Minister Süleyman Soylu said Thursday that a person detained in connection with the wildfire in Marmaris has confessed to starting the blaze that firefighters are still battling from land and air in southwestern Turkey.

High temperatures and winds fanned the flames and dashed hopes of it being contained, with scenes of burning woodland near the Aegean coastal resort of Marmaris sparking fears of a repeat of last year’s fires that devastated tens of thousands of hectares (acres) across the region.

Footage showed smoke billowing from hills and police water cannon vehicles helping firefighters as the blaze spread through the woodlands in the sparsely populated area.

Soylu said one suspect had been detained in connection with the fire, which started around 8 p.m. (5 p.m. GMT) on Tuesday, adding the person had admitted to burning down the forest out of frustration due to family issues.

“We have had a suspect since this incident started,” Soylu told reporters. “Police and the gendarmerie caught this person a short while ago. There were also two oil barrels at the scene. He also confessed.”

Soylu said the suspect had set fire to the forest while intoxicated due to a commercial disagreement with his family.

Earlier, Forestry Minister Vahit Kirişçi said he was hopeful there would be positive developments by late Thursday regarding the fire. He noted that the humidity was higher on Thursday compared to a day earlier and that it was less windy, which would help efforts.

However, the Muğla municipality said the wind was expected to pick up and that 2,881 hectares (7,119 acres) of land has been damaged so far, according to unofficial figures.

On Thursday, 45 helicopters and 12 planes were tackling the fire and dropping water on the flames after pausing overnight.

Kirişçi said 274 people were evacuated as a precaution and that some 2,600 people were working to contain the fire. A day earlier, the minister had said the fire was contained, but it later spread due to strong winds and hot weather.

Last summer’s wildfires, most of which were also near Marmaris, were the most intense in Turkey on record, a European Union atmosphere monitor said last year, adding that the Mediterranean had become a wildfire hot spot.