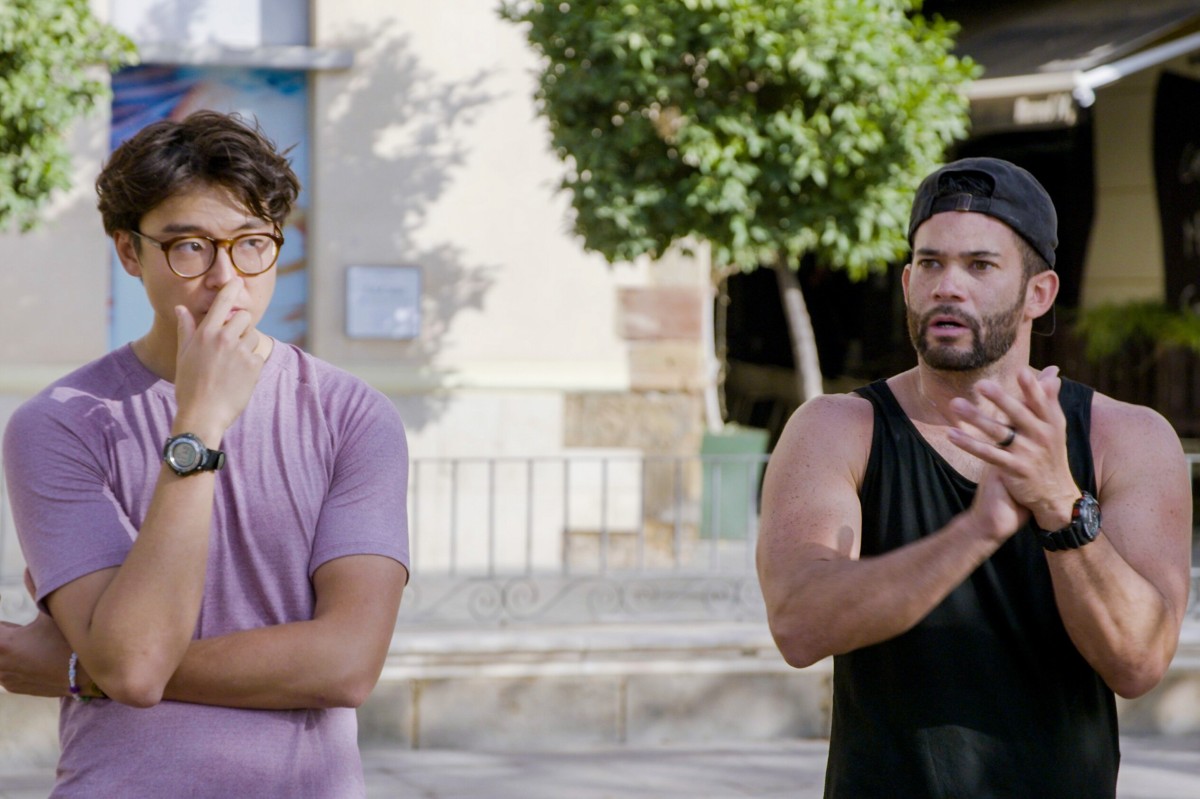 The finale of The Amazing Race Season 34 is just around the corner. With only four teams left in the competition, the odds of one pair winning are getting greater. However, when fans shared their predictions regarding which season 34 team would be the champion, many concluded that they could only see two out of the four remaining pairs winning.

Only four teams remain in ‘The Amazing Race’ Season 34

After Michael and Marcus Craig’s elimination in The Amazing Race Season 34 Episode 10, four teams remain in the competition. They are:

The four pairs will leave Spain in The Amazing Race Season 34 Episode 11 and fly to Iceland for the penultimate leg. There, they will race for a spot in the finale, and host Phil Keoghan will eliminate one team at the end of the hour.

Before The Amazing Race Season 34 Episode 11, fans jumped on Reddit to discuss which contestants they believe will win. Overall, most agree that it’s a tight race between Derek and Claire and Luis and Michelle.

“I have a feeling it’ll be Michelle and Luis,” the original poster wrote. “By edit and the last few episodes, they’ve been a pretty strong team. I hope not, though. Not really their biggest fan, and I’d love to see either Derek and Claire or the twins win it. I kinda don’t really care for Aubrey and David. I’m surprised they even make it this far.”

A Reddit user commented, “Without the leg injury, I’d say the twins are the favorites. They’ve been presented as the most ‘get in, get out, no-nonsense’ team, which would make me feel best about their chances. They are unfortunately hindered in any foot race, though, which has been most legs so far. The Big Brother team is probably my betting favorite if they make the finale.”

While some hope that Emily and Molly might pull off a victory, many believe that either Derek and Claire or Luis and Michelle will win The Amazing Race Season 34.

RELATED: ‘The Amazing Race’ Fans Are Already Sick of Megalegs After Season 34

Who will be the champions of ‘The Amazing Race’ Season 34?

We must agree with the fans’ consensus — Derek and Claire and Luis and Michelle are the strongest teams. However, if we had to choose between the two, we would say that Derek and Claire would be the winners.

The Big Brother couple has been one of the most consistent pairs throughout season 34. They have two first-place finishes, have bounced back from major setbacks, and have a clear strategy.

Derek and Claire were prepared for this race, and we believe it will pay off for them if and when they make it to the finale.