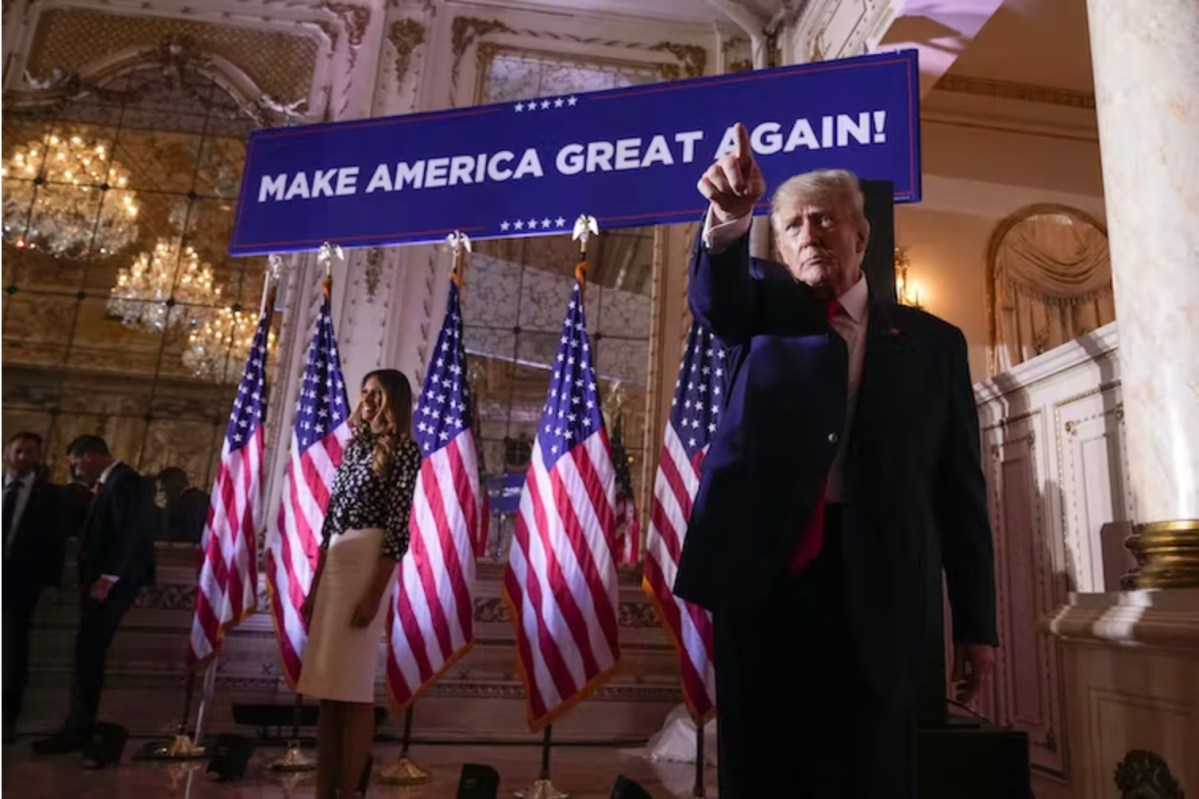 The key analysis from the US midterms coverage over the past two weeks has been that the so-called “red wave” turned out to be a ripple and that the Republican Party underperformed.

Former president Donald Trump, the theory goes, is losing: Trump-backed untraditional candidates in swing states were largely defeated, and only one US Senator has publicly endorsed the former president’s 2024 presidential bid.

The “Trump is on the wane” narrative was given further impetus this week when every one of his three appointees to the US Supreme Court agreed to a decision forcing him to hand over his tax returns to Congress.

Many seem to have concluded that the American people have spoken and the strange phase of “MAGA” politics – based on Trump’s rallying cry to “make American great again” – in America is over. While many of his opponents may wish this to be the case, it is an oversimplified and selective conclusion.

The MAGA movement runs the House

Yes, the Democrats survived what many had predicted would be a 2010-style “shellacking.” Democrats have lost only nine seats in the House, and retain control of the Senate. This defies the usual midterm election losses by the president’s party – an all the more remarkable outcome given the president’s unpopularity and a struggling economy.

But that does not mean the influence of the MAGA movement and Trump-like politics are any more diluted in the chambers of the US government than before. In fact, Trumpian Republicanism has as much, if not more, significant representation in US politics than before the midterm elections.

With Democrats officially out of power in the lower chamber beginning in January 2023, Representative Kevin McCarthy will likely take the speaker’s gavel from Nancy Pelosi (and purportedly try not to “hit her with it”, as he joked in 2021).

McCarthy is a long-time Trump ally whom the former president affectionately called “my Kevin” throughout his presidency. Indeed, McCarthy has few legislative accomplishments or little notoriety on his own accord beyond his fundraising prowess and the support he received from the former president.

As House speaker, McCarthy would be second in line to the presidency. He would also have important administrative responsibilities, including determining which issues are debated and which bills are voted for on the House floor. He will also decide when such votes might occur, as well as which of the chamber’s 435 members serve on the various committees with subpoena power.

Unlike Pelosi’s decades-long leadership of House Democrats, Republican leaders in the House have faced shortened tenures in recent years amid dramatic intra-party fights. These are now even more likely given the slim majority Republicans are expected to gain once all House elections are finalized.

As of this writing, it appears Republicans will only be able to lose four Republican votes without compromising their numerical advantage. This gives the hard-line conservative House Freedom Caucus – a congressional bloc of roughly 40 Trump-aligned House members with a reputation for derailing legislation – outsized influence in the way McCarthy and the House majority will govern.

Beyond the Freedom Caucus, at least 140 of the elected House Republicans in the next Congress still question the legitimacy of the 2020 presidential election. That’s more than half of the Republican representatives in the House, and over a quarter of the total number of House representatives.

Unsurprisingly, the House Committee’s investigation into the former president’s role in the January 6 insurrection will be disbanded as of next year. Key Republican figures who voted to impeach Trump and served on the Select Committee – such as Liz Cheney of Wyoming and Adam Kinzinger of Illinois – either did not seek re-election or failed to win their primaries.

Those seats are now filled by two vocal Trump supporters, Harriet Hagemann in Wyoming and Mary Miller in Illinois.

Yes, most Trump-endorsed candidates did not win their Senate and governor races in swing states. But that does not mean Trump-like politics are not competitive or popular.

The Arizona governor race between so-called “Trump in a dress” Kari Lake and Democrat Katie Hobbs was incredibly close. Only 0.8% of voters (just over 17,000 votes) decided the election in Hobbs’ favor.

Lake has, unsurprisingly, refused to concede the result and mounted an official legal challenge to investigate the process of election.

Slim margins were also at play in Nevada for the US Senate (0.9%, or less than 10,000 votes) between Adam Laxalt, a co-chair of Trump’s 2020 campaign in Nevada and one of the “stop-the-steal’s” most vocal proponents, and Democrat incumbent Catherine Cortez Masto.

Then there are the races where Trump-aligned Republicans actually won their elections. More importantly, these victors replaced Republicans who were not as enthusiastic about the former president.

Retiring Republican Senators Rob Portman of Ohio, Roy Blunt of Missouri and Richard M Burr of North Carolina – each known as moderate pragmatists willing to buck Trump at times – have all been replaced by Senate newcomers far more closely aligned with the former president and the MAGA movement.

Perhaps the most well-known of these is JD Vance – a proud 2020 election denier who famously said he “doesn’t really care” what happens in Ukraine. Vance won the Ohio Senate seat with a 6.6% margin.

What’s more, he won by such a margin in what was once a swing state despite facing a conservative Democratic challenger in Tim Ryan, who similarly embraced populist rhetoric against free trade and China.

There are 17 Republican 2020 election skeptics now in the Senate. There is also one near miss in Adam Laxalt, and one election denier still possibly joining the list in Georgia’s Herschel Walker, pending an election run-off on December 6. Only seven GOP Senators voted to overturn the 2020 election in the hours after a mob overtook the Capitol on January 6, 2021.

MAGA movement ahead of 2024

But Trump’s power is not waning where it matters. In the 2022 primary races, Republicans largely voted for those who Trump told them to vote for – even candidates like Doug Mastriano (who suggested women who have abortions should be tried for murder) and Blake Masters (who attributed rising gun crime to black people).

Trump-endorsed candidates might not have won the general elections, but they won their primaries 93% of the time.

Much like in the early days of 2016, many Republican elites are against Trump, but his supporters remain steadfast. America’s 200-year experiment with democracy charges on. And the MAGA movement charges on alongside it.

Victoria Cooper is a research associate at the University of Sydney