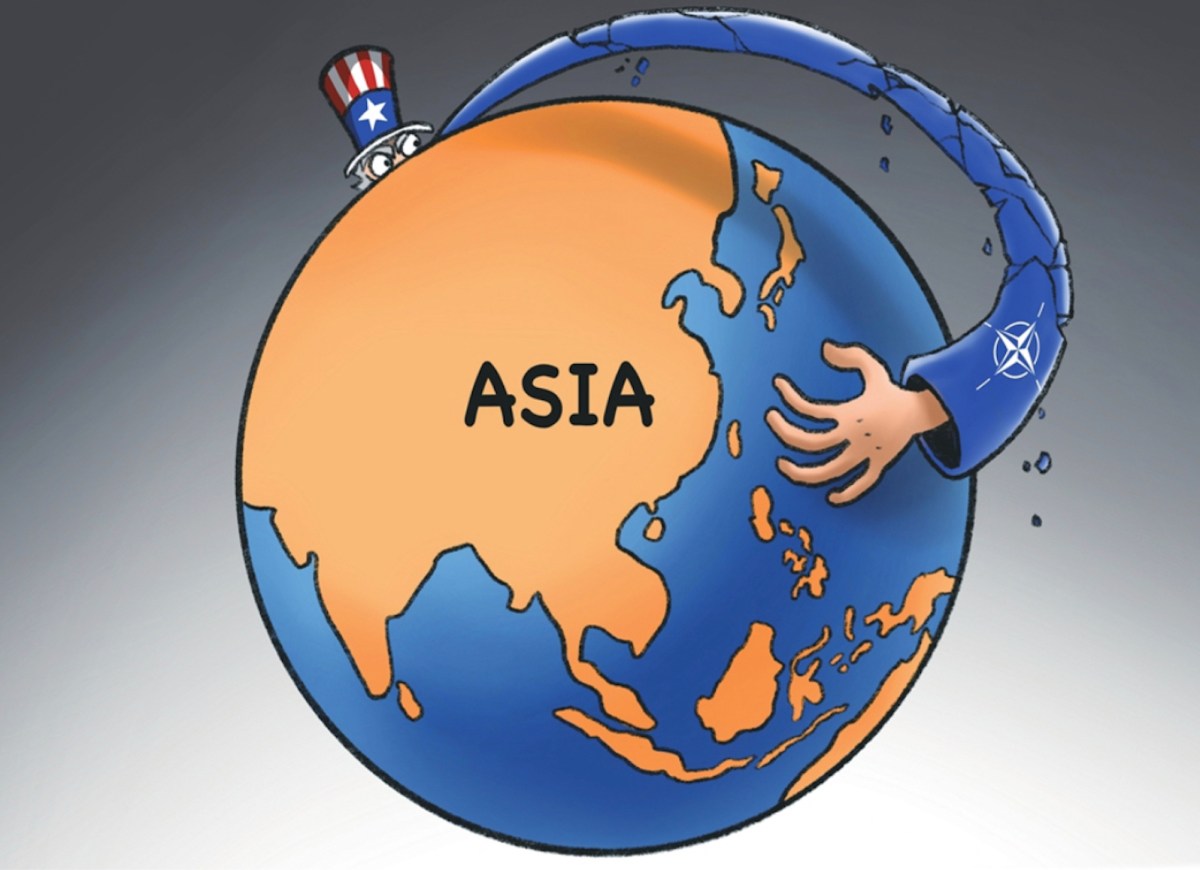 NATO foreign ministers meeting in Bucharest, Romania, for a two-day summit last week had the ten-month-old war in Ukraine at the top of their agenda. China, however, was also the center of the NATO talks, thanks to prodding by the Biden administration, which sought to close ranks within the alliance on the challenges emanating from Asia’s biggest power.

The Biden administration succeeded, at least in part, with US and NATO officials stating that member states will try to reduce dependency on China for supply chains and better coordinate export restrictions of critical technologies to Beijing.

Yet despite the growing awareness of China’s power, it would be a mistake for NATO to transform itself into a security player in Asia. China shouldn’t be a top priority for the alliance—especially at such a unique time for Europe’s security environment.

Yet despite the growing awareness of China’s power, it would be a mistake for NATO to transform itself into a security player in Asia. China shouldn’t be a top priority for the alliance—especially at such a unique time for Europe’s security environment.

There’s no question that NATO has become increasingly attuned to China’s growing economic, military, and diplomatic capacity over the last several years. Member states are increasingly concerned about the trajectory of Chinese foreign policy under leader Xi Jinping, who just solidified his control of the Chinese Communist Party (CCP) with a third five-year term in office.

The same countries in the alliance who once believed robust trade ties with Beijing would eventually open up its political system and translate into greater freedom and democracy in China now admit that the theory was, as UK Prime Minister Rishi Sunak said, “naive.”

NATO, traditionally resistant to treating China as an adversary, is also transitioning toward a more skeptical, if not antagonistic, position vis-a-vis Beijing. In 2019, NATO Secretary General Jens Stoltenberg referred to the rise of China as presenting challenges as well as opportunities; the alliance’s 2022 Strategic Concept was far different, devoting a paragraph to Beijing’s “coercive policies” and its burgeoning partnership with Russia.

Diverting an ever-greater share of NATO planning and capability to the China issue is a costly enterprise in more ways than one. While there is no disputing that the CCP under Xi represents a more ambitious, even aggressive, entity, NATO is not the ideal format to address it.

First, an increasingly China-centric NATO would entail a vast expansion of the alliance’s remit—an expansion so large that it would make the alliance’s raison d’être unrecognizable. At its core, NATO is an organization created to ensure the collective defense of its European member states, first against the threat of an external Soviet attack during the Cold War and against Russia today.

As the North Atlantic Treaty specifically states in its preamble, the alliance is a means to “promote stability and well-being in the North Atlantic area.” China is more than 2,500 miles from the alliance’s eastern front; geographically speaking, the People’s Liberation Army’s (PLA) military threat to the territorial integrity of NATO members is limited, if not nonexistent.

A second and equally critical reason why NATO should avoid going out-of-area: there is an ongoing conflict in Europe right now. The war in Ukraine, less than a year old, is already the continent’s deadliest and most destructive in over 75 years.

According to US defense officials, Ukraine and Russia have each endured at least 100,000 casualties, and this tally doesn’t include the tens of thousands of civilians who have perished as a result of the fighting.

With no peace talks between Kiev and Moscow remotely on the horizon, the fighting will likely continue well into 2023, which could include even more escalation from the Russians as Ukrainian forces actively prepare operations to regain Crimea.

Taking this into account, now is an especially inopportune time for NATO to try to do much. And that is precisely what it would be doing if it elevated China to the top of its agenda.

The alliance is already plagued by a number of problems, from disproportionate military contributions (nearly 70% of NATO’s defense expenditures this year come from the US) and unmet defense spending obligations to a persistent lack of political will from some of its wealthiest members.

Outside of Washington, very few NATO members actually possess the military capacity to contribute to a major military operation in a meaningful way; the alliance had difficulty sustaining a bombing campaign against a third-rate Libyan army in 2011, so the notion it could fight and win a hypothetical conflict with a much more potent China, which is in the midst of a military modernization campaign, is simply unbelievable.

Finally, NATO policymakers need to be cognizant of the broader geopolitical implications of making China a central component of any strategic doctrine. Beijing wouldn’t stand still if NATO proceeded down this path. Instead, China would likely double down on its strategic partnership with Russia in an attempt to balance against any NATO shift toward Asia.

This could cause all sorts of issues for the alliance, including but not limited to greater Chinese-Russian military and intelligence collaboration, joint gray-zone operations in Europe itself, and a higher probability of a great power clash the US should be trying to subvert rather than incite.

NATO has a lot on its plate already. The last thing it needs is to get distracted from its core mission, especially at a moment when the alliance has become relevant again.

Daniel R DePetris is a fellow at Defense Priorities and a foreign affairs columnist for the Chicago Tribune and Newsweek.