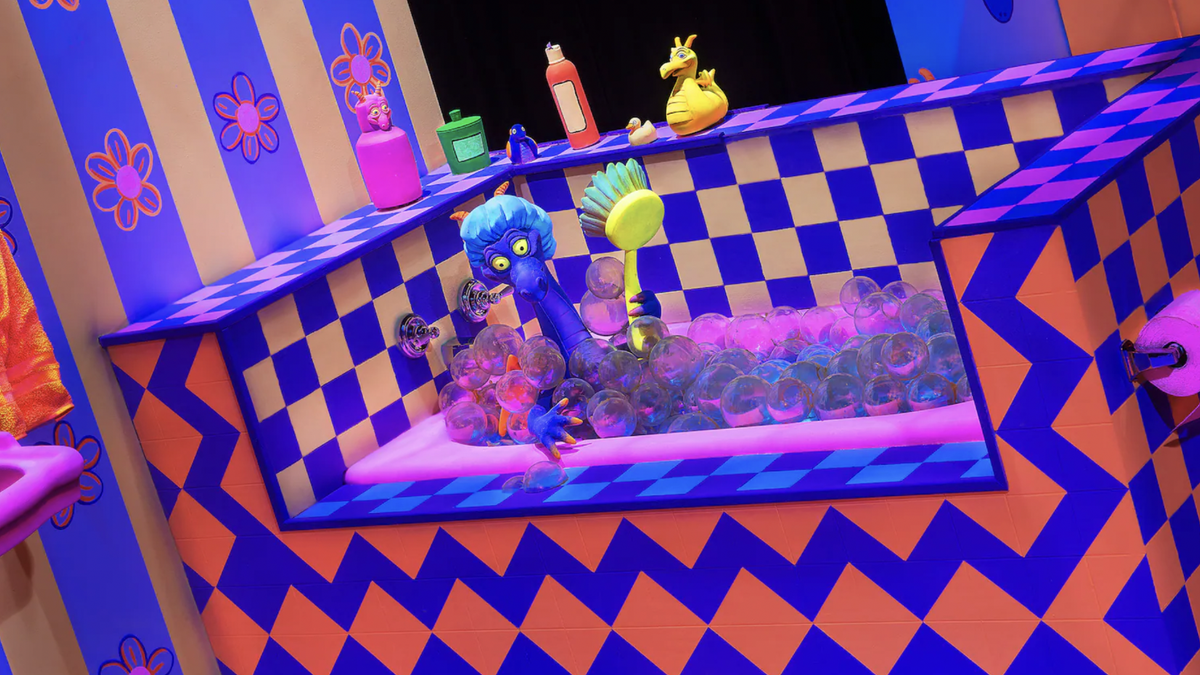 Walt Disney World’s original dark ride Journey Into Imagination is a cult Epcot staple—and its star, Figment the purple dragon, is now getting the big screen treatment. Deadline reports that producer Seth Rogen and Detective Pikachu writers Dan Hernandez and Benji Samit are developing the film at Disney based on the attraction.

What’s curious is that the ride itself has had three versions, so which in particular will serve as the concept remains to be seen. The original 1983 ride, created by legendary Imagineers Tony Baxter and Steve Kirk, centered on a kindly Dreamfinder’s creation of Figment out of dreams and ideas he catches in the sky. Figment goes on a fantastical journey to unlock the wonders of the world through imagination and his own theme song “One Little Spark” by the Sherman Brothers.

Journey Into Imagination was more recently updated to a scenario using wacky lab experiments, with Monty Python icon Eric Idle starring as a scientist who is more or less annoyed by Figment’s incessant hijacking of the ride to push the limits of imagination. (It must not have been too memorable of an experience for the actor, who recently forgot he was the co-star of the ride.) The attraction is like a Disney version of Martin Scorsese’s madcap After Hours, where Figment serves as an orchestrator of madness to make you question your sanity by putting your senses of sight, sound and smell through his Technicolor wringer. If you’re an adult you’ll be thankful you can stumble upon a drink at World Showcase within walking distance. One thing to know about Figment that makes him so endearing yet manic is that the dragon is just a complete agent of chaos. I truly hope that’s still the Figment we get because it’d be very on brand for Rogen, Hernandez, and Samit (the latter duo are set to bring us Hugh Jackman as animated superhero Koala Man in a 2023 Hulu series). Cast Eric Idle as a version of the Dreamfinder for an unhinged reunion and we’re all in.