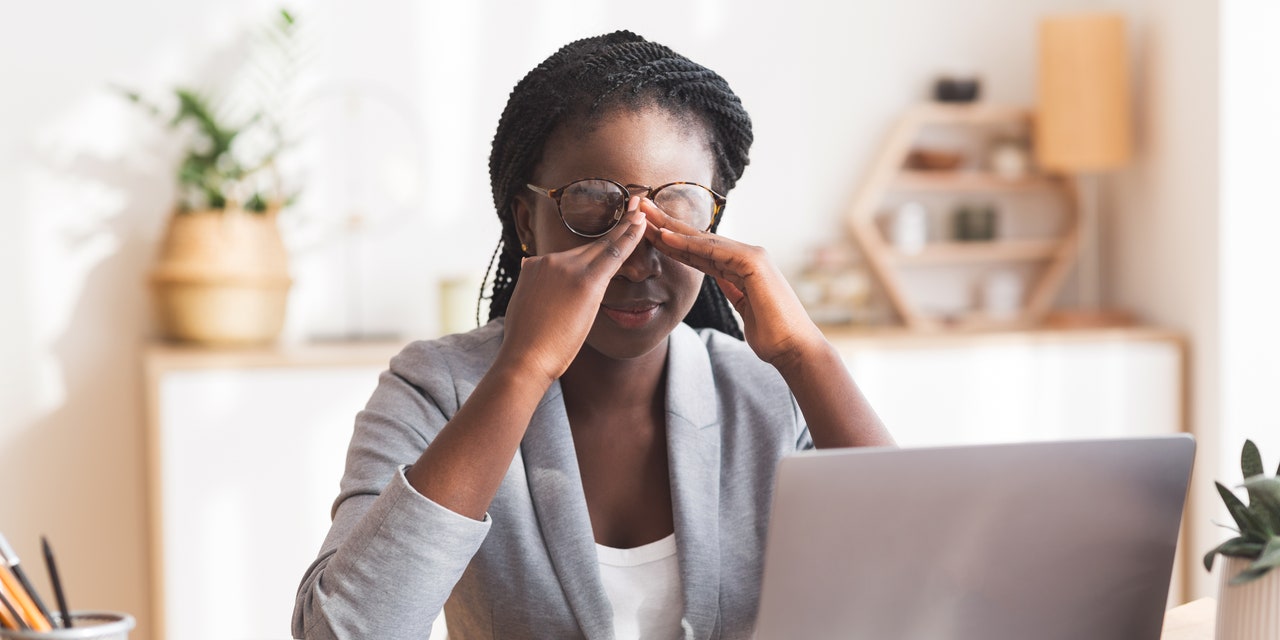 When you’re feeling tired all the time, it’s easy to dismiss the constant fatigue as no biggie. After all, practically everyone is exhausted: It’s an unfortunate side effect of living through such stressful, unprecedented times.

But there’s a difference between instantly drifting off at bedtime and actually struggling with extreme fatigue all day. When you’re super drained, it’s usually your body’s way of trying to tell you that it needs something. That doesn’t necessarily mean it’s something super serious. The answer could be as simple as reducing your stress levels or, ya know, getting more regular sleep. Sometimes, though, having low energy 24/7 can be a sign of an underlying health issue, so it’s not something you want to ignore if it continues to persist.

Feel like constant fatigue is just your everyday reality? Here’s what that might mean and when you should consider seeing a doctor about it.

What’s the difference between tiredness and fatigue?

Feeling tired or sleepy simply means you’re having trouble staying awake and want to nod off, sleep specialist Christopher Winter, M.D., owner of Charlottesville Neurology and Sleep Medicine, tells SELF. Constant fatigue, on the other hand, is when you’re seriously lacking energy on a consistent basis.

This can be a tricky thing for even doctors to suss out. “Fatigue is a subjective feeling,” Alfred F. Tallia, M.D., M.P.H., professor and chair of family medicine and community health at the Rutgers Robert Wood Johnson Medical School, tells SELF. And, in his experience, it’s one of the most common symptoms that prompt people to make an appointment with their family doctor.

Laurie A. Kane, M.D., an endocrinologist at Providence Saint John’s Health Center in Santa Monica, California., agrees that it can be difficult to figure out if a patient has constant fatigue or just normal tiredness. “It’s a matter of semantics,” she tells SELF. “We have to really try to understand what a patient means when they come in and talk about what they’re experiencing.”

In general, though, “normal” fatigue gets better when you’re able to rest (think: your arm gets fatigued after you do a bunch of bicep curls, but feels better 10 minutes later), and “normal” sleepiness gets better with more sleep.

But when fatigue regularly keeps you from doing the things you want to do, it’s a problem, Dr. Winter says. “That doesn’t mean ‘I can’t run 38 miles because I get fatigued.’ It’s more like ‘I have trouble getting up and down stairs,’ or ‘A walk from the parking lot to my office exhausts me,’” he says. In most cases, fatigue is your body telling you to slow down, and you should probably listen to it.

What are the symptoms of constant fatigue?

Fatigue is technically a symptom of its own, Dr. Tallia points out, meaning it is your body’s internal alarm firing, whether that’s due to a lack of sleep or something potentially more serious, like a chronic health condition.

However, there are a few signs that you might be dealing with constant fatigue vs. general tiredness: