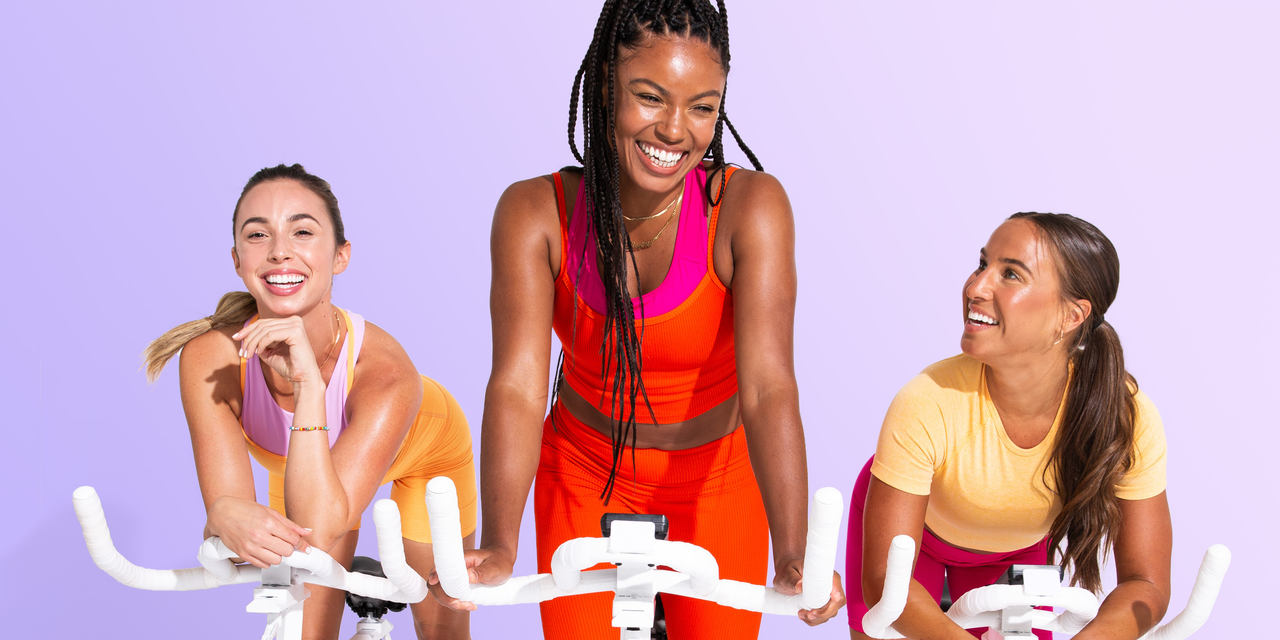 As one of the many people who purchased a stationary bike during the pandemic, I’ve also sampled my fair share of virtual cycling classes and apps. So when Obé Fitness announced it was introducing its own cycling classes, called Obé Ride, (or, more accurately, when one of their brightly colored Instagram ads grabbed my attention), I knew I wanted to try them out.

In the ever-expanding world of streaming fitness classes, Obé stands out for its Instagram-friendly colorful, upbeat vibe. Like me, you’ve probably spotted their dance, yoga, and Pilates classes on your feed before, but Ride just launched in October. Over the course of about two weeks, I took four cycling classes on Obé, including two on-demand rhythm-based classes, one live rhythm-based class, and one on-demand HIIT class. All of my classes were less than 30 minutes and featured dance and pop soundtracks.

The price to become an Obé member is $27 per month, $65 per quarter, or $199 per year. With a subscription, you can take an unlimited amount of classes—both live and on-demand, and quarterly and annual members get access to some special classes as well. For Ride classes, you can use any type of stationary bike.

Obé gave me a complimentary membership to try their new indoor cycling classes. So here’s what I thought after testing out a few of the current Ride offerings.

There are two main categories of Ride classes, which you can take live or on-demand.

Ride classes are either structured like a standard cardio HIIT-based class, with short periods of intense work interspersed with lighter recovery periods, or with Obé’s characteristic rhythm-based choreography. (If you’re wondering how dance choreography works on a stationary bike, so was I! We’ll get there.)

One thing I found to be lacking right now on the app is variety in cycling classes. There are about four live Ride classes per week and once a live class has ended, it eventually goes into the on-demand library. As of this writing, however, there are only 16 classes available in the library—and only one HIIT class. So if you’re used to scrolling through the years-long Peloton back catalog, you might feel a little limited on the Obé app right now.

During the live ride, the instructor said hello and gave encouragement to specific people by their first names. (In my class, the instructor noted that I was one of two Sarahs who were new to Obé, which felt like a nice welcome!) I was a little frustrated, though, because when I tuned into the class right on time, it had clearly already been going for a minute or two so I missed the beginning. And it went a good five minutes longer than I thought it would go. Five minutes isn’t the end of the world, of course, but it’s tough to fit a live class into a busy day if you don’t know exactly how long it’s going to take.