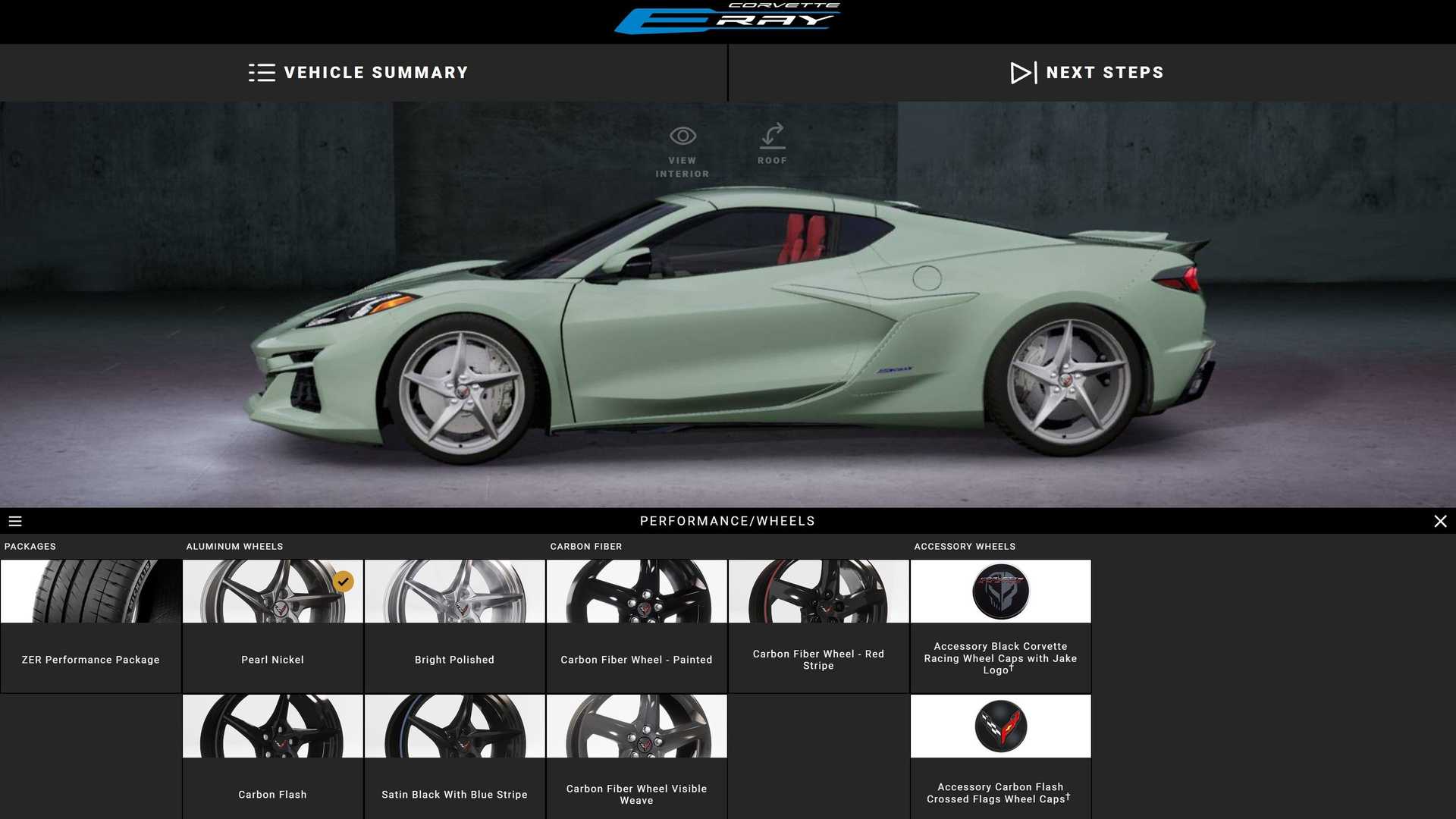 Christmas comes early this year for Corvette fans as Chevrolet has inadvertently revealed the E-Ray on its website where a visualizer went live way too early. A member of the MidEngineCorvetteForum made the discovery while playing with the configurator when he stumbled upon the 2024MY, complete with the new electrified version. Right off the bat, we should point out there are no specs available, but the quad exhausts confirm it’s a hybrid.

Look at the bottom-right corner of most screenshots and you’ll see Chevy intends to have the car on sale next summer. That tells us an official reveal could take place in the first months of 2023, possibly during the spring. When it debuts, the E-Ray will have three new paints to show off: Cacti, Riptide Blue Metallic, and Sea-Wolf Gray Tri-Coat. That striking green shade can already be had on the Trax, which adds to the credibility of this massive leak.

It’s safe to assume this isn’t just an elaborate fakery as Chevy indirectly confirmed the 2024 E-Ray is very much real. Contacted by Corvette Blogger, a company representative said: “Looks like the holidays came early for a few astute Corvette fans. Stay tuned for more.” Needless to say, the visualizer has already been taken down, but not before quick thinkers rushed over to snap screenshots. It’s easy to notice it has the Z06’s wider hips, but everything is painted the same color as the body.

It’s not just the body that has been carried over from the Z06 as the E-Ray seems to be getting all the goodies, with the obvious exception of the flat-plane LT6. It is missing the centrally mounted exhaust tips of the spicy version, but other than that, it’s pretty much the same. The absence of a charging port shows it won’t be a plug-in hybrid.

A button mounted on the left side of the center console shows what appears to turn on/off the regenerative braking system. In hybrids and EVs, it harvests the energy that would otherwise be lost while braking and puts it back into the battery. The button sitting next to it is for start/stop to improve the efficiency of the naturally aspirated LT2 engine.

The 2024 Corvette E-Ray is believed to have all-wheel drive, with the V8 powering the rear wheels and an electric motor(s) at the front. It’s said to serve as a substitute for the Grand Sport and will be followed later this decade by an already confirmed purely electric model.

Note: The white car depicted in the gallery has an unusually fussy design and might be the result of a glitch in the visualizer.