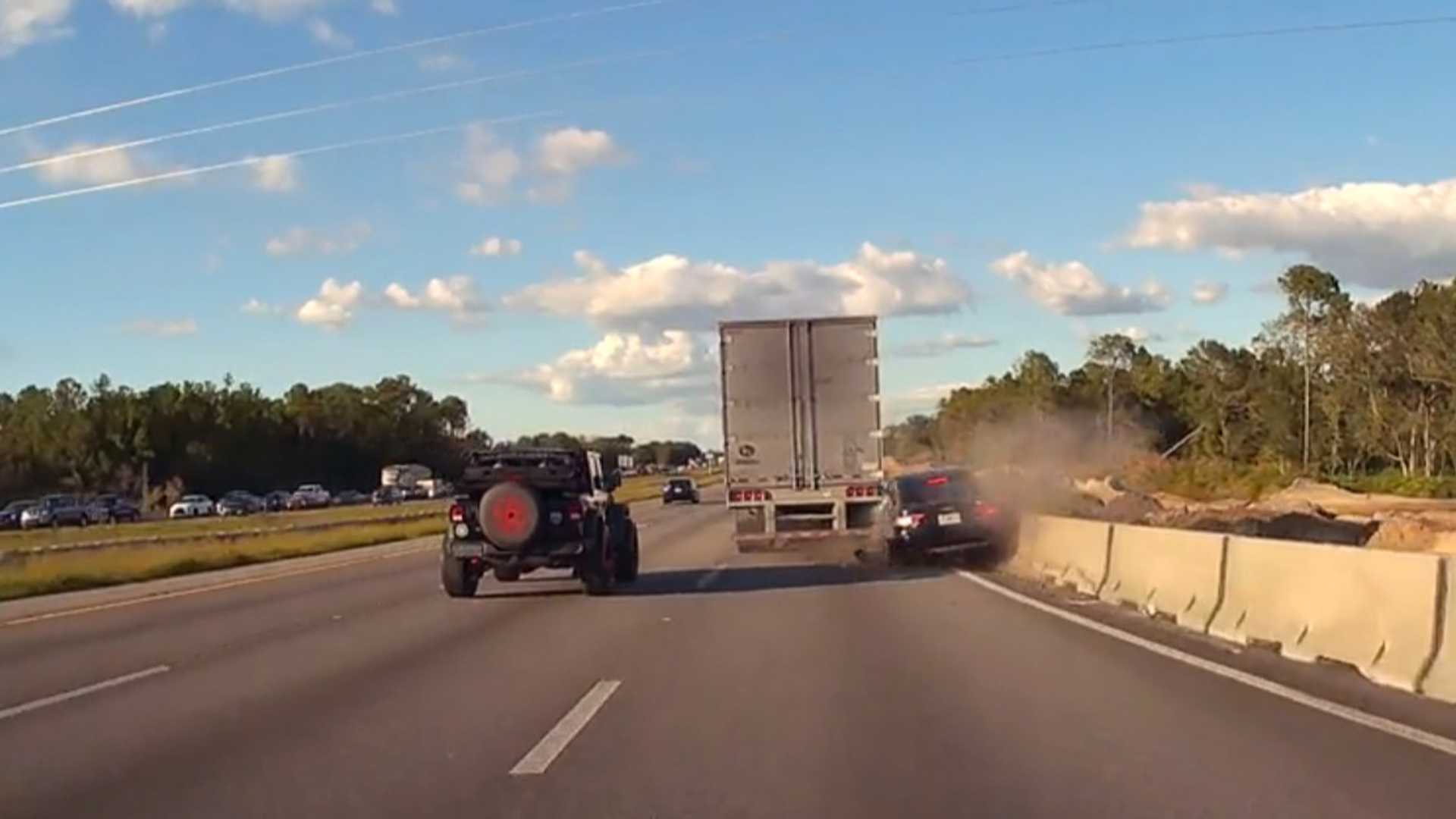 Some cars are fast, but nothing can outrun the laws of physics. This Audi driver in Florida learned that lesson the hard way recently, and we mean that literally. We can’t imagine a harder situation behind the wheel than getting sandwiched between a semi-truck and concrete barriers.

Fortunately, there were no injuries as a result of this ill-advised passing attempt. Reddit user Sylon00 shared the video and offered a follow-up stating the driver was shaken up but okay. The semi-truck also stopped a bit further down the road, but with no usable shoulder on this stretch of highway, anyone else stopping to help makes for a sketchy situation.

So what happened? The video above pretty much speaks for itself, but we can fill in some details. GPS coordinates on the dash cam tell us this crash happened just south of Tampa, Florida, on I-75 north just after Big Bend Rd. The camera car enters the highway and merges behind a semi-truck. The on-ramp is denoted by the dotted line, and a black Audi suddenly enters the video, passing the camera car on the right in the merge lane that is obviously about to end.

We don’t know if the Audi just entered the highway as well, or if the driver made a move to the merge lane for a quick pass amid heavy traffic. Ultimately it doesn’t matter, as the speedy sedan quickly runs out of space for the pass. Making matters worse are concrete barriers next to the road; it appears the area is under some kind of construction and the barriers completely block the shoulder. It’s hard to say if the truck driver even saw the car before the crash, but with traffic in the left lane, there was no place for the truck to go anyway. The Audi driver brakes at the last second, but by then, it’s far too late.

Obviously, this attempted pass wasn’t a smart decision and the Audi is severely damaged as a result. Stay safe out there friends, and exercise a bit of patience behind the wheel. Making a risky move to save a few seconds is never a good idea, as this video clearly illustrates.