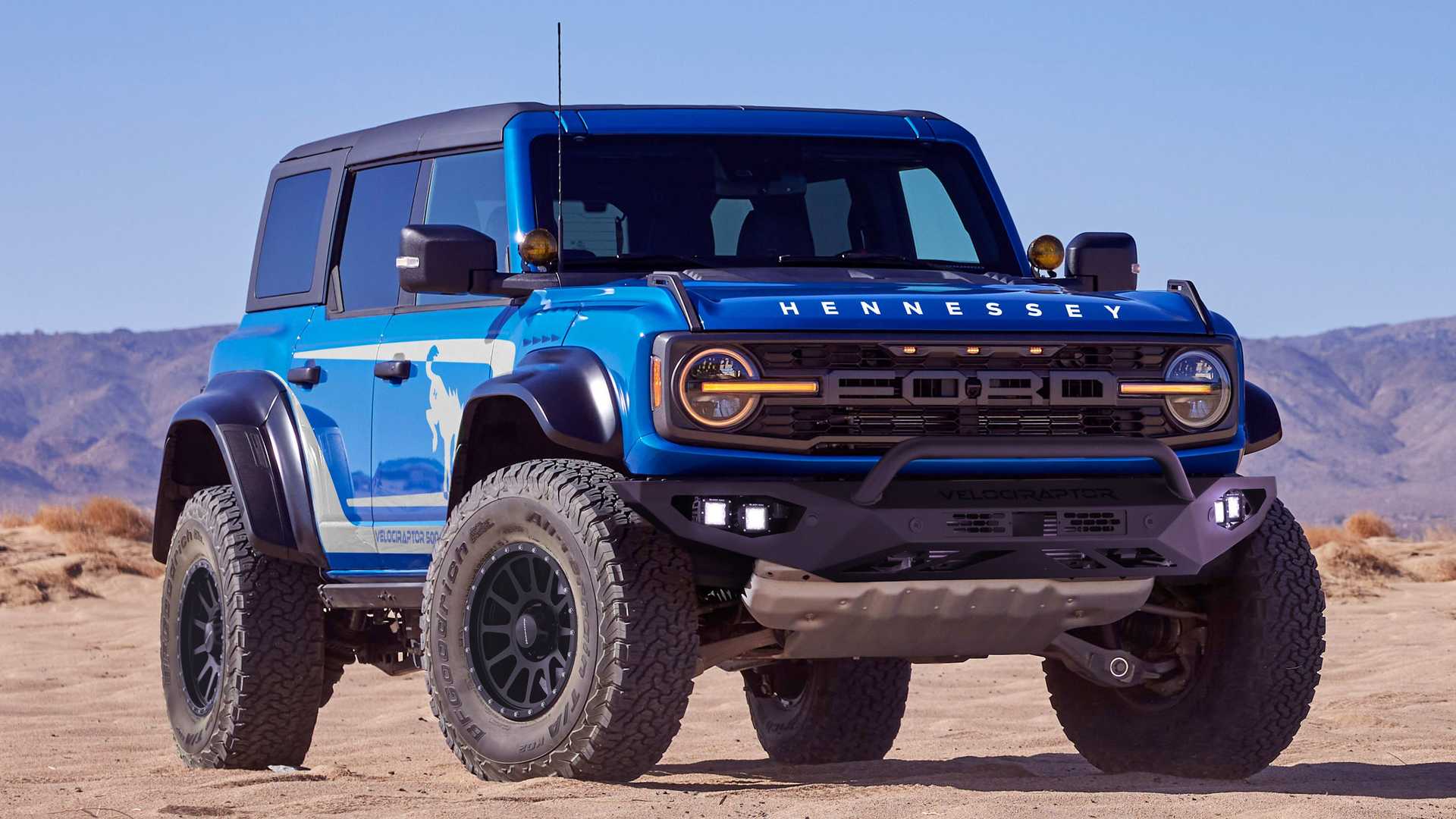 “Our customers are big fans of the new Bronco, but they’ve been asking us for more power and greater performance capabilities from day one,” said company CEO John Hennessey. “Ford’s Raptor version is a big improvement, but the engine has even more potential. Our engineering team has released its potency to create the ultimate all-powerful off-road SUV.”

This is Hennessey’s eighth VelociRaptor model and the second for the Bronco. The company introduced the VelociRaptor 400 Bronco last year, taking the SUV’s 2.7-liter EcoBoost engine up to 411 hp (306 kW) and 603 lb-ft (818 Nm) of torque with a similar set of upgrades compared to the new model. It also received 18-inch wheels, but Hennessey wrapped them in 35-inch tires. The company said the Bronco could hit 60 miles per hour (96 kilometers per hour) in 4.9 seconds.

The package costs $32,950, and it does not include the donor Bronco Raptor. The high-powered off-road SUV starts at $75,374, including the $1,595 destination charge. Hennessey offers the upgrade with a three-year/36,000-mile warranty.