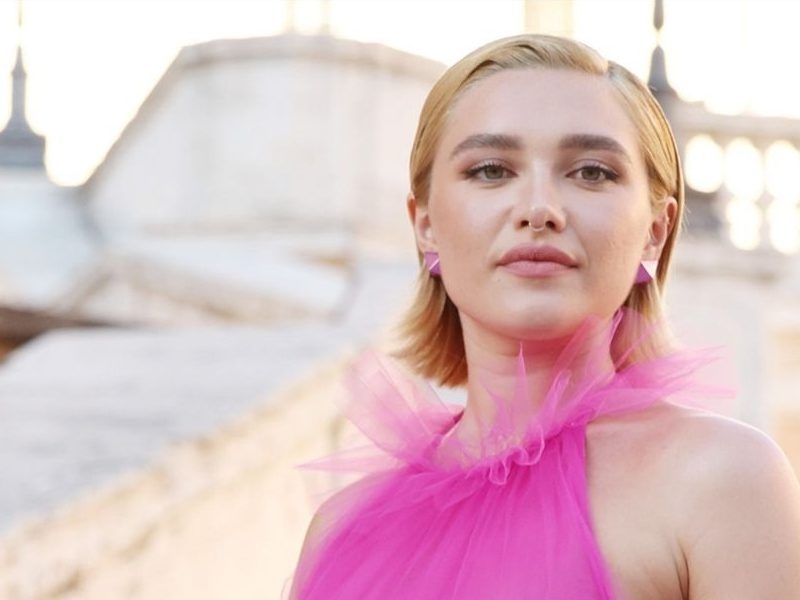 Florence Pugh was “alarmed” by the reaction to her “small breasts” in a sheer Valentino dress.

The 26-year-old star has hit back at critics of her revealing pink outfit last month at the Fall/Winter 2022 Haute Couture runway show in Rome, and she admitted the backlash from some people was shocking.

Speaking in the September issue of Harper’s Bazaar, she said: “I was comfortable with my small breasts, and showing them like that – it aggravated (people) that I was comfortable.

“It was just alarming, how perturbed they were. They were so angry that I was confident, and they wanted to let me know that they would never w**k over me. Well, don’t.

“Why are you so scared of breasts? Small? Large? Left? Right? Only one? Maybe none? What. Is. So. Terrifying?”

Meanwhile, the Don’t Worry Darling actress also revealed her family’s response to her stepping out at the event in a see-through gown.

She explained: “I went to see my gran, and she goes, ‘So what’s all of this business about your nipples then?’ (After seeing photos) She gasped because the dress was so beautiful.”

Florence has previously blasted the “vulgar” reaction to the gown as she took to Instagram and urged people to “grow up” and “respect” other people’s bodies.

She wrote: “Thankfully, I’ve come to terms with the intricacies of my body that make me, me. I’m happy with all of the ‘flaws’ that I couldn’t bear to look at when I was 14.

“So many of you wanted to aggressively let me know how disappointed you were by my ‘tiny t***,’ or how I should be embarrassed by being so ‘flat chested.’

“I’ve lived in my body for a long time. I’m fully aware of my breast size and am not scared of it.”

She continued: “Grow up. Respect people. Respect bodies. Respect all women. Respect humans. Life will get a whole lot easier, I promise.”